Want to Point Fingers? Start With City of New Orleans, State of Louisiana 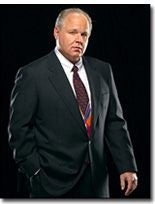 RUSH: “The federal government…” Some of you may have heard this by now. “The federal government plans to dole out debit cards worth $2,000 each to victims of Hurricane Katrina. The unprecedented cash card program initially will benefit stranded people who have been moved to rescue centers such as the Houston Astrodome. The program is outlined by Homeland Security Department officials in a conference call with state leaders this morning, this according to a governor and another state official who spoke on condition of anonymity because the program has not been publicly announced.” Well, it has now. Heh-heh-heh. “The cards would be used to buy food, transportation, gas and other things the displaced people need, according to homeland security officials,” and again, all these details were provided on the condition of anonymity because the program officially, I guess, has not been announced. So debit cards worth $2,000. I’ll tell you what this is. Some people are going to say, “Well, this is really great. Why not just pile the welfare state on top of a welfare state, Rush,” Well, and for those of you saying, “This is out-of-control spending! What the hell we gonna do?” Even though it’s unprecedented in terms of the delivery system, it’s unprecedented that we have given money away to people in disasters.
Now, everybody just wake up on this. The debit card is probably a more efficient way of doing it. But this is what governments do, especially if they find themselves or think themselves to be beleaguered and embattled. The power of the federal purse to calm an angry citizenry is something that’s always been in the hip pocket of people that run the federal government. There’s nothing new here. In fact, I’ll tell you. You may have forgotten this. When was the bad Mississippi River flood? It was back in the nineties sometime. Was it ’96? We talked about this last week. I remember some people called here, “We shouldn’t bail out people that lived on the flood plain. They know they shouldn’t live there. They should have their own insurance. Why should we bail them out?” Remember those calls? Well, during the debate on relief efforts for those livelihoods damaged and destroyed by those floods, Maxine Waters rode in. She’s the congressperson from South Central Los Angeles, and Maxine Waters said (summarized): “I’m not going to vote for this until every one of my citizens, every one of my citizens in my district gets 300 bucks cash,” and of course everybody said, “What? You’ve got to be kidding!” So she stomped her foot and said, “No, I’m not,” and she ended up getting it. So in a flood relief package for Mississippi River flood victims and related damage, Maxine Waters’ constituents in South Central got 300 bucks. Check that for me. It was a hundred bucks? It was not 300 bucks? Why do I think 300 bucks. It was a hundred dollars? No, you gotta be kidding about that. Snerdley is telling me it was a hundred dollars grooming money for her constituents. I think it was just 300 bucks. Look it up. Whatever. Maxine came in, demanded her constituents who were not part of the disaster get paid. I mean, they live in LA. The Mississippi River doesn’t go there. They weren’t flooded out, but they paid. I know, it was to recover from the riots, the Rodney King riots that she claimed they got short-changed on. CyberNewsService.com: “Louisiana Officials Could Lose the Katrina Blame Game.”

This is a story just cleared right before the program started. It dovetails with much of what I was discussing yesterday on the program. “The Bush administration is being widely criticized for the emergency response to Hurricane Katrina but it’s falling on deaf ears, and also for their allegedly inadequate protection for the big one that residents had long feared would hit New Orleans, but research into more than ten years of reporting on hurricane and flood damage mitigation efforts in and around New Orleans indicates that local and state officials did not use federal money that was available for levee improvements or coastal reinforcement and often did not use local matching funds that would have generated even more federal funding.” Now, this goes back to what we were suggesting yesterday. I’m not the only one suggesting it. I may be one of the few with guts to suggest it. But you’re dealing with a city government, a corrupt state government. This is the state of Huey Long, for crying out loud! Let me remind you the story I told yesterday. I was in Los Angeles over the weekend. I was with some people who have relatives in and grew up in Louisiana. They told me the funniest bumper sticker they’d ever seen during the gubernatorial campaign when David Duke opposed Edwin Edwards. The bumper sticker that was all over the place in Louisiana, said, “Vote for the crook. It’s important.” I mean, it’s almost become a romantic notion that the corruption in Louisiana is just accepted. It’s almost something that people laugh about and enjoy. The levee system? You know, every levee has its own board! Every levee has its own little fiefdom of people that are responsible for it, and it alone. Every levee! That is mandated by the Louisiana Constitution.
What this story that I have here from the CyberNewsService basically says is that all the federal money that was allocated to New Orleans and Louisiana for rebuilding of levees and flood plains was not spent on that. They found other things to spend it on, and other places to put it. “In December of 1995, for example, the Orleans Levee Board, the local government entity that overseas the levees and floodgates designed to protect New Orleans and the surrounding areas from rising waters bragged in a supplement to the New Orleans Times-Picayune newspaper about federal money received to protect the region from hurricanes. In the past four years, the Orleans levee board has built up its arsenal.” This is from the pamphlet here that they put out. “The additional defenses are so critical that levee commissioners marched into Congress and brought back almost 60 million to help pay for

protection. The most ambition flood-fighting plan in generations was drafted. An unprecedented $140 million building campaign launched 41 projects.” That’s their pamphlet, bagging about their prowess in getting the money. “The levee board promised the Times-Picayune leaders that the few manageable gaps in the walls, the levees protecting the city from the water, will be sealed within four years,” that would be 1999, “completing our circle of protection, but less than one year later that same levy board was denied the authority to refinance its debts. Legislative auditor Dan Kyle repeatedly faulted the levee board for the way it awards contracts, spends money, and ignores public bid laws.” The newspaper, the Times-Picayune, “quoted Kyle as saying the board was near bankruptcy and should not be allowed to refinance any bonds or issue nigh ones until it submitted an acceptable plan to achieve solvency. By 1998, Louisiana state government had a $2 billion instruction budget but less than one-tenth of 1% of that, 1.98 million, was dedicated to levee improvements in the New Orleans area.”
Did you hear that? By 1998, Louisiana — and you hear about all this money that the feds didn’t appropriate and the feds didn’t send to New Orleans and the feds didn’t care — and this is the Clinton years that we’re talking about here, and “Bush didn’t care! Bush cut spending! Bush didn’t do anything!” The same old usual liberal hysteria, but in 1998 Louisiana state government had a $2 billion construction budget and less than one-tenth of 1% of that was dedicated to levee improvements in the New Orleans area. “”State appropriators were able to find 22 million that year to renovate a new home for the Louisiana Supreme Court, 35 million for one phase of an expansion of the New Orleans Convention Center. The following year the state legislature did appropriate 49-1/2 million for levee improvements, but the proposed spending had been allocated by the state bond commission before the projects could receive financing. The commission placed the levee improvements in the priority five category among the projects least likely to receive full or immediate funding.” The story goes on, and we’ll link to it on the website. But the upshot of it is that “no new state money had been allocated to the area’s hurricane protection projects as of October 2002 leaving the available 65% federal matching funds for such construction untouched.” So they got federal money, they just didn’t spend it or what it was for. They didn’t spend it on the levees. They spent it on other things. I mean, they restored a Mardi Gras fountain in one instance, spent money on the restoration of a Mardi Gras fountain with some of this mope that was intended to rebuild the levees.
The point of all this is, just to continue the discussion from yesterday, that if we want to play the blame game — and remember what I’ve said about this. This whole thing is, and I mean this from the bottom of my heart, is repugnant to me. But I’m like you. I cannot watch this drivel and bilge on television day in and day out, hour after hour, where I see this administration once again savaged and attacked, this administration blamed with all kinds of outrageous attacks. I just can’t sit here and let it go by and laugh it off. If we’re going to start talking blame, if the elite media is going to start pointing fingers, well, then, by God, folks, we’re going to point them in the right direction — and pointing them in the right direction points right to the state of New Orleans and the State of Louisiana and the city of New Orleans, no matter what how you slice this. And if that’s uncomfortable for you to hear, so be it. Life is not easy.
END TRANSCRIPT