RUSH: ‘President Clinton yesterday sought to downplay his role in the Dubai ports deal, saying that he took a single phone call from an official at Dubai Ports World and advised the company against pursuing the purchase.’ That’s not what was reported. What was reported was that after doing two speeches and collecting 600 grand, Clinton was the guy who told the DP Ports World people to suggest they go along with a 45-day cooling-off waiting period. ‘While acknowledging his ties to Dubai through business dealings and a university scholarship set up in his name, Mr. Clinton adamantly denied any official involvement in the scuttled sale and said he was not paid by DP World.’ (Clinton impression) ‘Hey, I want to tell you the truth. I didn’t lie. I never knew. I have never heard of this company. I didn’t know this company existed. I have never been an advisor, I have never asked anybody to support this deal, not one time.’ 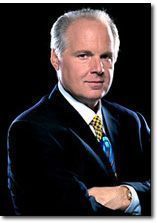 Well, now, what are we to believe? We’ve got Clinton who is an admitted known liar, versus the drive-by media. This is a no-win. The drive-by media reported that Clinton advised these guys for the 45 days and was encouraging it, and he did encourage the deal. But now he’s out there saying he backs his wife. Hillary is right and his quote, ”We ought to run our own ports,’ corroborating a statement his office put out earlier this month, Clinton said he took a single phone call from a representative of DP World seeking his input. He said he told the company he couldn’t understand why they wanted to do this and that there would be enormous public opposition in America. Clinton urged the company that if it was determined to go forward, it should propose a way to increase port security.’

So he did advise them! He did advise them, while now saying he didn’t. (Clinton impression) ‘I never heard of this company, not a single time, not once ever. I didn’t advise them.’ Now he says we ought to run our own ports. All right, well, that’s all hunky-dory and fine and dandy, but we have a question for you, sir. If we ought to run our own ports, why did you let the ChiComs in on the ports on the left coast, and why did you not complain about the ChiComs operating the ports on both sides of the Panama Canal? I’ll tell you what’s happening. This guy has got taken to the doghouse by his wife big time. Can you imagine that conversation? ‘How dare you undermine me? How dare you do something that damages my credibility?’ Remember what Hillary said? She broke a leg, folks. She was running to a microphone and camera faster than Chuck Schumer ever has. She said the White House is trying to hand over the US ports. ‘We can’t afford to surrender our port operations to foreign governments. We cannot cede sovereignty over critical infrastructures like our ports.’ Well, you better ask your husband about his acquiescence with the ChiComs, the port operations on the left coast and at the Panama Canal.