RUSH: Welcome to the program, Sylvester Stallone, Rocky Balboa. The movie comes out on the 20th, correct?
STALLONE: Right, the 20th, Rush.
RUSH: Thanks for joining us today. They sent me a copy of it, Sly, and I want to be honest with you, I didn’t know what was left to tell in the story. I’ve loved all these other Rocky movies but there’s been a long hiatus now, and I put it in, and I was stunned.
STALLONE: Thank you.
RUSH: You cover every demographic in this, I mean, looking at it from a production and marketing point. It looks like the first Rocky movie cinematographically, you haven’t gussied it up with a bunch of computer generated fireworks.
STALLONE: Right. Technology, no.
RUSH: You’ve got life messages in this, there’s no profanity that I was able to hear.
STALLONE: No.
RUSH: It’s a movie for everybody. 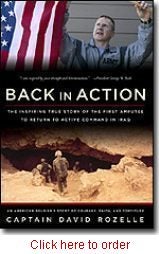 STALLONE: Right, it’s PG. Well, you know, what had happened, a good friend of mine is Susan Faludi who wrote the book Stiffed, which is a couple years ago, it’s about the diminishing and kind of like diluting of the American male in the workforce, and after, you know, almost World War II, and every generation it seems to get harder and harder for a man to express himself and we seem to be slowly being moved on this conveyor belt out before we’re ready to be moved out. And it was kind of — I wanted Rocky to show that he still, as he says, has some stuff in the basement, he has a flame in his heart, and I think a lot of the American male feels that way, but society goes, “Nah, sorry, you’ve had your up at bat and it’s time to move on.” And I go, “Well, maybe you should move on when you’re ready to move on.” If you’re willing to take the humiliation of sticking your head above the crowd, maybe it’s, you know, the pleasure will be worth the pain.
RUSH: Well, it’s an interesting thing you brought up here, basically the feminization of the American culture.
STALLONE: Right.
RUSH: Not just for men, you know, in their late years toward retirement or middle-age or what have you, but throughout. But, look, I think you highlighted this. One of my favorite scenes, because it’s so poignant with the way the culture is today, your son — I don’t want to give too much of this away, but the conversation you have with your son when he begs you not to take this last fight.
STALLONE: Right.
RUSH: Because he needs to get out of your shadow. And for him to do that, you need to go away, and what you say to him — and it’s not a long scene — just had me cheering. I have to be honest, I don’t cheer much at movies, but it had me standing up.
STALLONE: Thank you, Rush. Well, you know, I guess a lot of fathers and sons have sort of had this conversation in some incarnation, and I certainly have, and I think it’s an ongoing battle. It’s almost from biblical times, you know, sharper than a serpent’s tooth, and finally the father has to say, “Stop, stop, you have to be accountable, son.”
RUSH: Is this the last Rocky movie?

STALLONE: Oh yeah, that’s why I used the name Balboa, Rush, I didn’t want a number attached because that would imply there was another one. But I felt so bad the way the fifth one turned out. I don’t know what happened. I was just off my game, off the mark, maybe it was my lifestyle, but I was not thinking for the audience. I was thinking maybe for myself. And, you know, you have some downturns, careers have peaks and valleys and I had a lot of time to think over the last ten, 12 years, and I thought, “You know, if there’s one thing I’d like to remedy was the way that character went out.” All the other characters I could deal with, but that one really bothered me. But the opportunity at that time, I was 53, and they said, “It’s over, you know, the last one didn’t work. Plus you’re too old.” But this is a movie about being too old but willing to take the humiliation to try to remedy or, you know, right a wrong. They said, “No, you’re just talking about yourself.”
I said, “No, I think there’s a lot of people out there that wish they could go back to that crossroad in their life and change something, and if not that, maybe they just wanted to do something to purge grief or rid themselves of some feelings and you need an outlet,” and they said no deal. Luckily after six years, MGM was sold, and Harry Sloan, who came in as the new CEO, said, “You know what, I’ll take a gamble with you,” and I’m really indebted to him and Joe Roth of Revolution.
RUSH: Now, you wrote and directed this. Is that part and parsel of the problem you had in getting it done?
STALLONE: Yes, that, but more than anything else, it was age. You know, society, especially Hollywood, I think it’s about 50% ahead of society in getting rid of its workers, you know what I mean? Because we’re so in the limelight, you know, women, men, it just chews you up and spits you out, and now we have so many market outlets, you’re really on a fast lane. Before, you know, you had a star like Tyrone Power or, you know, Kirk Douglas, they would have a 50-year career. Now if you have 15, consider yourself lucky.
RUSH: Yeah, everybody’s looking for the 18 to 24 demographic or even younger. But, you know, this movie is going to hit that demo. Again, I’m tempted, I’m not a movie critic so I don’t want to give too much away here, but it’s a love story that women are going to absolutely adore.
STALLONE: Thank you.
RUSH: Fathers and sons are going to learn a lot from watching this. It’s a movie about staying true to your desires and going for it when everybody tells you that you can’t do it and shouldn’t do it. I mean, there’s a lot here. I think you’re probably going to cover the demographic that they look for that they think you can’t get anymore.

STALLONE: Well, actually no, believe it or not, we’re testing higher in the younger demographic, and, you know, I’m hoping that the baby boomers, my generation, come out and support the film because, if they do, and the film performs, that will be a message to Hollywood that, you know, there are 70 million of us out there. Let’s start making stories about us that are age appropriate and more profound than just us being relegated to, you know, the angry father or the angry mother in movies, and bring our stories up to the forefront.
RUSH: We’ll it’ll get the baby boomers out because the baby boomers think only about themselves and you’ve made a movie about them.
STALLONE: Right.
RUSH: In a way.
STALLONE: (Laughing.)
RUSH: (Laughing.) We’re talking with Sylvester Stallone. Rocky Balboa is out on December 20th, and I was fortunate enough to see a screening of it on Wednesday night. You shot two endings for this.
STALLONE: Yes.
RUSH: I know how it ended. I know what I saw. What made you decide on this ending?
STALLONE: Because of the budget, we had really one shot at this, and, I didn’t want to second-guess myself, but just in case, I shot just the opposite ending to think, “Well, it could possibly be that we should have this ending,” which, you know, I’m kind of like not at liberty to say, but that will be in the DVD, the opposite one. But life, kind of like you never know, you never know. And I’ve done this so many times in films, you think you have it; you think you’ve nailed it; then you’re in the editing room and you go, “Oh, my God.” Rush, that’s why so many films go over budget, 90% of the time you know what they’re re-shooting? The ending.
CALLER: Well, let me ask you something. In my business, I don’t listen to consultants because I don’t have to. In fact, when I got rid of consultants and bosses is when I began to prosper, just following my instincts and my gut.
STALLONE: Right.
RUSH: And you mentioned having to test this movie. How much of your work in your career did you have to be a slave to what consultants and testing and focus groups are saying rather than just following your gut on it?
STALLONE: Well, it’s funny, up until like 1980, ’82, ’83, you had this kind of like pioneer spirit or cowboy mentality or you flew by the seat of your pants and you say, “Ah, you know what, wisdom says I shouldn’t do this but I have a gut feeling.” That’s gone now. Now it really is, believe it or not, 90% of the films are green lit, not by the studio heads, but by the marketing department. You’re a slave to them. If they don’t think they can sell it or if they don’t have a hook then the movie doesn’t get green lit no matter how much they say, “I kind of like this film.” What’s the angle? We’re not sure what the angle is. So that thing is thrown to the wolves. So this is the first film I’ve done just using instinct since, you know, 1990.