Biden: Coal and Corn Syrup Are More Dangerous Than Terrorism

RUSH: We’ve talked about the congressman, shared the piece with you from Michael O’Shea and the AmericanThinker.com. They’re gutless. They don’t have beliefs. They don’t keep promises. They don’t stick to things and so forth. We’ve discussed all aspects of their arrogance today; their conceit; their elitism; and they’re nuts. There was an online forum with the Democrat presidential candidates moderated by Bill Maher. Senator Biden got this question from Bill Maher: ‘Senator Biden, forgetting about the upcoming Iowa caucus for just a moment, which would you honestly say is more likely to contribute to the death of your average American: a terrorist strike or high fructose corn syrup and air that has too much coal in it?’ 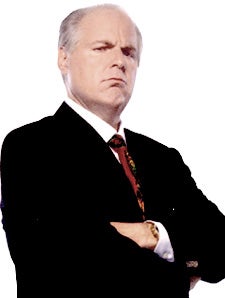 RUSH: Do you believe this? Hundreds of thousands of people die and their lives are shortened because of coal plants? I told you all about seeing this giant, giant cargo ship of coal on Long Island Sound heading in. It was so big they couldn’t get it to shore, and had to have tenders come out and take the coal in. The coal was, by the way, not from America. Senator, you want to try firing these power plants with something else, you tell us what it is. This is just pandering of the first order.