RUSH: It is the first official day of Obamalot today, ladies and gentlemen. Yesterday doesn’t count because he had to share that day with Bush. Bush didn’t get out of there until 12:04, whenever the oath of office was botched and said. By the way, there’s some experts saying he needs to retake the oath because the Supreme Court chief justice blew it; and just to get this right, he’d better retake the oath. I don’t know if he’s going to do that. It would be easy enough to do in private and no one would ever know. Now, for those of you… Some of you may be upset over what happened to the Green Bay junior high, also known as the middle school: the kids shocked and outraged, some crying while listening to my analysis at the moment The Messiah was delivering his immaculation address. I want to remind you. It wasn’t long after 9/11…

See, our memories are detailed and lengthy here. It wasn’t long after 9/11 when President Bush’s approval numbers had soared to the 70, 80% range shortly after the attacks, that Stan Greenberg and James Carville put out a memo to Democrats, saying if we don’t destroy this, we will not win in 2002, and we will not beat him in 2004. We must do whatever it takes to attack this man and his policies and get these approval numbers down. Remember it was Mrs. Clinton who went on a crazy rant and rampage, saying that the new definition of patriotism was dissent and was criticism. But today, neither of those things are recalled — and of course the new patriotism is blind loyalty. Let us all join together. This is what they’re asking of us, ladies and gentlemen. Let us all join together, arm in arm, hand in hand, and unite behind a movement that seeks to counter all that Ronald Reagan stood for.

By the way, there’s a poll out there. Cybercast News Service did a poll: the vast majority of Americans think that Obama ought to emulate Reagan. Cybercast News Service is a conservative bunch, but many on our side think the era of Reagan is over. We need to stand arm in arm, unite behind a movement that seeks to put a final nail in the heart of Jeffersonian democracy, a movement that puts government before the people. Yes, let us take in this moment! Let us become part of history, not stand against it. Let us follow our new leader in remaking America, remaking the Constitution, remaking our society in ways only he can appreciate. Let us today and from this day forth, turn our backs on over 200 years of human progress, on national greatness, on economic wealth and opportunity unmatched in world history, and let us lower our sights.

Let us lower our standard of living and take from the mouths of our own children and grandchildren to feed to government that promises to take care of us. This is the new way! This is the only way. This is what America must be. Let us have faith. Let us have blind faith in the wisdom of this Lincolnesque figure from Illinois who says that we don’t want to hear, who offers us so much hope and who wants us to put aside our beliefs for his own beliefs. The time for disagreement, the time for debate, and the time for skepticism is over. It must now give way to a new America and American, one that can only be delivered by an all-powerful yet all-compassionate government, a government that does not act out of greed or profit, but equality and economic justice.

Let us close our ears to the naysayers like Limbaugh, who would slow our progress. Let us become a nation of one voice, a nation of one view; united in one goal, the goal of a world in which no one suffers, no one goes without, and no one need worry about the next day. This is what the new America offers. And in return, what is demanded of you besides your silence is your service. No longer will you work in service of your own selfish interests. Oh, no. Accumulating as much as you can for yourself and your family, all of which you no longer need. No longer will you be free to take that which rightly belongs to the greater good. There can be no rich in America when there are so many poor. America must change with the times.

It must change with the rest of the world. It must become once again a respectful equal among nations. This much is promised in return for correcting your ways and curbing your excesses. Obama will guarantee you a job.Obama will guarantee your children an education. Obama will guarantee you affordable and even free health care. Obama will make sure that you want for nothing. But you must have faith. You must unite behind Obama. You must reject the cynicism and old ways of Obama adversaries like Limbaugh. You must denounce them as the greedy, racist, reactionary throwbacks that they are. If we are to make progress, if we are to remake this nation, we must become one in power and one in spirit. Trust Obama with your future, for he knows the way. Trust him with your lives, for he is compassionate.

RUSH: Rush Limbaugh: the Last Man Standing, resisting the tug of popular sentiment. I love that phrase because it is so aptly descriptive. Yes, ladies and gentlemen, this nation — if we are to make progress, if we are to remake this nation — we must become one in power and one in spirit. Trust Obama with your future, for he knows the way. Trust Obama with your lives, for he is compassionate. Trust Obama with all the power he requires, for he is worthy. He has been put in this place during this time to achieve great things, not for himself, mind you, oh, no, but for you. His success is your success. Obama does this for you — and in turn, all he asks is your unequivocal support. It is time for America to reawaken. It is time for America to embrace change. It is time to place your hope in Obama. As he said yesterday, ‘It is time to be greater than one’s self,’ which, in Obama-speak, to ‘be greater than one’s self,’ means accepting Obama’s agenda without question.

That is how you grow in America today. You accept his agenda without question, without doubt, and you attempt to silence anyone who dissents. Remember back in the 1960s, those of you who are old enough, all the sixties radicals running around with their bumper stickers and things which said, ‘Question Authority,’ and they went so far as to blow up bank buildings and conduct domestic terrorism in questioning authority? Look how blindly obedient those same people have now become. Look how blindly obedient their own children have become.

If you ask me, ladies and gentlemen, he has perfectly described his own Democrat Party, clinging to power through corruption. Barney Frank, Freddie Mac, Fannie Mae. Christopher Dodd. The list of names is endless. Bill Richardson, Timothy Geithner. Where do we stop when we start listing these names? Deceit. ‘How can we fool ’em today?’ the Clintons. The silencing of dissent? Who are the people talking about the Fairness Doctrine, which is designed to shut up people who dissent on talk radio? This is one amazing sentence, given the party that he represents. There are all kinds of reviews of the Obama speech yesterday. Most of them are pretty bad. Most of them are not good.

RUSH: Cynthia in St. Louis, great to have you on the EIB Network. Hello.

CALLER: God love you, Rush. Once again here I am a Democrat put in a position to weep for George Bush. I know he’s smart. I know he knows he’s better off being away from all of that today. But when I sat here yesterday and watched the shabby, horrible, ungrateful, unthankful, ignorant treatment. It was so rude that it broke my heart in spite of the fact that I know he’s better off leaving. And then to watch Joe Biden? What is he, a used car salesman that lunged his way into the Senate, for God’s sake? People can’t see this? And Barack Obama when Bill and Hillary Clinton, probably two of the most treacherously dangerous people on the scene in America, get a hero’s welcome. It reduced me to an idiot who sat here and cried. But you know what, Rush? I woke up this morning and I quit smoking. Because I feel like the lines have been drawn and our country is so mentally ill that they either allow themselves to be bamboozled into voting and supporting these people or to let them win by cheating, or a combination of both. It terrifies me, and I’m going to fortify myself. I have to be stronger. I have to prove that I can do things that are difficult. I’m quitting smoking cold turkey. It’s the start of a new me.

RUSH: You can’t do that! You cannot do that, Cynthia, until Obama announces the way and the program to quit. You can’t do things on your own, what do you think you are? 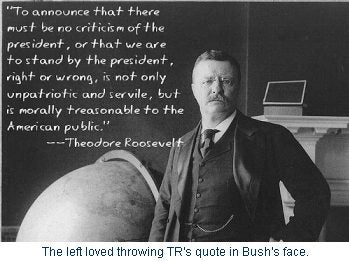 RUSH: What kind of sacrilege is this you gonna quit cold turkey? You going to do it on your own?

RUSH: Don’t you understand, those days are over?

CALLER: Rush, what happened to the Republican Party? I’m a Democrat. I came. I came with my money

RUSH: Well, yeah, why are you still a Democrat? Somebody… I mean, the way you talked here about Democrats, one might ask about your mind.

CALLER: I’ll tell you what, Rush. My father was used by Democrats all of his to help build the party where I live. I don’t know if you know anything about St. Clair County, Illinois, but I’m right across the river from St. Louis. And this county holds hands with Chicago. I don’t know how dirty Barack Obama is, but I know that he’s dirty.

RUSH: This will not be tolerated!

RUSH: This kind of insolence will not be tolerated! What do you mean, ‘dirty’?

CALLER: He is filthy! That’s what you have to be in this state to be a successful politician as far as the Democrats are concerned. And, Rush, I can’t believe the Republican Party put John McCain up there. Where do we go now? I’m getting a (garbled) mentality here.

RUSH: Look, look, look, look. You’re voicing the sentiments of many people. These things are cyclical. It will all work out in time. But there’s one thing we gotta stop is health care. I’m serious, now. If they get that, then that’s the tipping point. Democracy as we know it is finished. They know that on the other side, too. But really I’d keep smoking if I were you. You don’t have permission to quit yet, and you don’t know how to quit yet. The idea that you think that you know how to quit smoking cold turkey, before the plan has been announced? (snorts) Such arrogance. I can’t believe her.