RUSH: Who’s next? Tom in Dexter, Michigan. Greetings, welcome to the EIB Network. Nice to have you here.

CALLER: Yeah, I’m an architect up here by day, and I write novels at night, and I recently lost my government stimulated job. So I am going on unemployment just to make sure the president’s unemployment numbers stay nice and robust.

RUSH: You write novels in the daytime?

CALLER: I write novels at night. Daytimes I design buildings, usually a lot of stuff for universities. So I got a NIH grant. I was helping a university around here finish up one of those NIH-funded grant projects. We finished it, so my job is no longer stimulated, so I’ve been destimulated.

RUSH: Well, you need to talk to Anthony Weiner.

CALLER: Uh, I don’t need that kind of stimulation.

CALLER: No, I’m working on some novels. In fact, I just sent a political thriller, an election thriller off to my publisher. So we’re working on that and that’s what I’m gonna do now.

RUSH: Have you been published before?CALLER: I have. I have five novels that have been published internationally — and in fact AP, who you talk about quite a bit, even certified that I was an international number one best-selling author for a hundred weeks…in Venezuela. My book was pirated by Hugo Chavez, the Spanish edition.RUSH: You’re kidding. 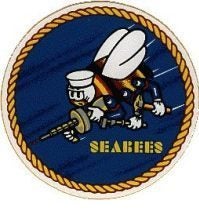 CALLER: No. And they exported the book as well, so I did four months in Uruguay.RUSH: Hugo Chavez nationalized your book?CALLER: I have been nationalized by Hugo Chavez. The book is a about a conflict between China and the Vatican. And when he’s having his own troubles with his bishop and he’d yell at his bishop at home, the book’s numbers would jump up.RUSH: Now, what do you mean when you say you’ve been published internationally? Does that mean you can’t get your books in America.CALLER: No, they’re in the United States, but I’ve been in Canada, the UK, I’ve been in seven different languages right now.RUSH: Okay, who are you?CALLER: I’m Tom Grace.RUSH: Tom Grace.CALLER: I wrote The Secret Cardinal. That was my last novel.RUSH: Tom Grace. And what did you just say?CALLER: My last novel was The Secret Cardinal.RUSH: The Secret Cardinal.CALLER: Yeah, which dealt with a conflict between China and the vacate over the bishops who were in prison over there.RUSH: Well, is it an e-book?CALLER: It is.

RUSH: Well, I’m gonna go get it. CALLER: And it’s on iPad, in fact your brother right now is reading an early draft of a political thriller, my election thriller that I’m working on. RUSH: You got my brother to read one of your drafts of your novel? CALLER: Yeah, well, Dave and I have been talking the past couple years. I’ve got an early advance reader copy here of Crimes Against Liberty, a very nice book. I used it as source material. RUSH: Yeah, yeah, yeah. Well, good for you. Good for you; good for him. Good for him. Cool, I’m glad you called, Tom. All the best to you. CALLER: Well, thank you very much. RUSH: You bet. I don’t know how many authors can say that they’ve had their books nationalized by Hugo Chavez. It is… (laughs) That just sounds funny, book has been nationalized by Hugo Chavez. END TRANSCRIPT