RUSH: From our buddy Jacob Tapper, ABC’s Nightline. “Smiley and West: Poverty, Income Inequalities in US Could Lead to UK-Like Riots — On Nightline last night,” this is Jake Tapper writing, “we sat down with PBS and radio talk show host Tavis Smiley and Princeton University professor Dr. Cornel West about their Poverty Tour.”

Well, I’ll read further and maybe we’ll find out what you do on a poverty tour. I don’t really know, either. Since we’re speaking of this, let me go further here. I’m looking at the 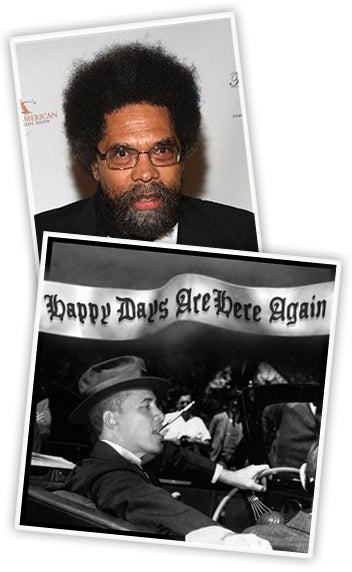 sound bites. We gotta find it, because we got Tavis Smiley all upset that he hasn’t been invited to the White House. Yeah. Start at sound bite 21 when we’re ready. Let’s see. Cornel West and Tavis Smiley “have been very critical of President Obama, decrying what they charge is his lack of attention to the plight of the poor. ‘I know what the president is up against,’ Smiley said. ‘But I think too often he compromises, too often he capitulates. I think the Republicans know that. I think they laugh when he’s not around.’

“‘That math won’t hold up long-term. There is a bubbling, there is a restlessness.'” Does this not go to exactly what I was saying yesterday. Everybody thinks, if they’re under 30, and if they’ve been educated at all in the public schools of this country — or if they’ve been anywhere near left-wing political activism — they have been propagandized, they have been led to believe that everybody gets a portion of a nation’s wealth whether they do anything or not. It’s called “economic justice.” Whether you work or not, you get your stuff! I mean, that’s what entitlement means; that’s what being an American means — and especially what being a minority means, ’cause it’s payback time! Then when you don’t get your stuff when you don’t do anything, you run around, you scratch your head, and wonder, “How come I don’t have any stuff?”

And then you look around and see everybody else has their stuff and then you see some people, even more than their stuff, they have a business. (Gasp!) “How did they get a business? That’s not right, that’s not fair! Where’s my business? They think a business is simply a license to print money. “Where’s my corporate jet? Where’s my limousine? How come they have one! This isn’t working out the way I was promised.” They get all upset because they think they’re supposed to get their stuff whether they work or not. That’s economic justice, the way they have been taught, indoctrinated, if you will. So when you hear somebody like Cornel West or Tavis Smiley start throwing around “1% of the people owning and controlling more wealth than 90% of Americans…”

They think the stuff is handed out. “Obama’s got the stash, and Obama ought to be making this somewhat more equal, and he’s not doing it — and, furthermore, there aren’t any jobs out there. Not that we really want to work, but still this isn’t right!” Yeah, that’s right: Cornel didn’t get tickets to the inauguration, Tavis hasn’t been invited to the White House. So they’re on their poverty tour.

Of course it’s all a threat: If you don’t come up with our stuff and get us out of poverty here — if you don’t give us our economic justice — then the chickens are gonna come home to roost! The irony is that what we’re seeing in Britain is the chickens of socialism, Obamanomics, Obamageddon, Barackalypse Now. That’s what’s coming home to roost, brought to us by a Debt Man Walking. Here’s a Tavis Smiley. This is Nightline last night, the correspondent Jacob “Jake” Tapper talking to Smiley. I guess they’ve got a radio show together, Smiley and West together, and they taped this in the DC Central Kitchen. And during a discussion about why they’re embarking on a poverty tour of America, Tapper said, “There are riots in the UK that have a lot to do with disaffected youth. Is this something that you could see ever 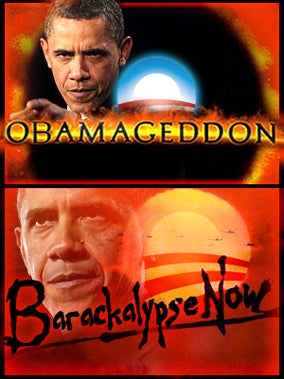 SMILEY: In a word, yes! One percent of the people owning and controlling more wealth than 90% of Americans? That’s unsustainable. That math won’t hold up long term. There is a bubbling; there is a restlessness.

WEST: If you don’t treat poor working people with dignity now, chickens are gonna come home to roost later, and be it won’t be about love and justice; it will be about revenge, hatred, and then we all go under.

RUSH: Okay, so how do you “treat poor and working people with dignity” now? You give them their stuff. No, I’m just asking: What does he mean by this? He means they better get their stuff! They better get their stuff. If they don’t get their stuff, it ain’t gonna be about love; it’s gonna be revenge and hatred. We all gonna go under if the poor people and the working people aren’t given their dignity now. So yesterday morning on C-SPAN, Washington Journal, the host Greta Brawner interviewed these two guys, Tavis Smiley, Cornel West, during a discussion about their poverty tour — and we still haven’t learned what they’re doing on it. So far, the best we can figure is they’re running around making threats. They’re going to DC Central Kitchen and with C-SPAN. That’s some poverty tour.

“Really, is there poverty at C-SPAN?”

“Well, there’s a poverty of honesty, damn right! That’s why we had to go there.”

All right, so they’re there, and the info babe Greta Brawner said, “Have you talked to President Obama about this poverty tour? Do you plan to go see him today while you’re in Washington?”

SMILEY: Once he got elected and my critique of him about holding him accountable to various things didn’t sit so well with him or the people around him. He has not at this point, uh, come on my TV or radio programs one time since he’s been in the White House. He’s the first president in my professional career that hasn’t invited me to the White House.

RUSH: Okay, Tavis Smiley and Cornel West on their first annual poverty tour, which took them to a DC food kitchen and an interview with ABC’s Nightline. Then they went to the studios of C-SPAN on their poverty tour, and next entered up at the studios of MSNBC, the only network… That’s the wrong way to put it. The correct way to put it is: “I am the 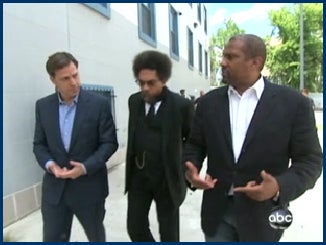 only media figure so effective that an entire TV network was created to report what I say on the radio every day.” What other media figure can say that? No other media figure can say and will ever be able to say that an entire TV network exists to report what he says or she (ahem) every day on the radio. Tavis Smiley, Cornel West on their poverty tour on Morning Joe this morning. Cohost Willie Geist said, “Tavis, you made a bit of news yesterday over on C-SPAN when you talked about some of your frustrations with the President, saying this is the first [regime] in your career that hadn’t invited you to the White House. What would you like to see him do that he has not done in the first two and a half years?”

SMILEY: On C-SPAN yesterday I was specifically asked about my relationship with the President. I’ve known him, been a friend. I’ve known him for years, been a friend for years with him. What I said was that before he became a president, he would come on my TV show and radio show regularly. With my critique of him about not being progressive enough, trying to hold him accountable — when that critique got a little hot for him or the people around him, more expressly — they won’t come on the show.

WEST: It does say something, though, if a right-wing brother like Bill O’Reilly can get interviews and brother Tavis can’t or Roland Martin can’t. That raises questions to me.

RUSH: Oh, my gosh! (wild laughing) Right-wing brother Bill O’Reilly! A Right-wing brother (laughing) like Bill O’Reilly, “but brother Tavis can’t or Ronald Martin can’t. That kind of raises questions for me.” The question is, what does it matter? You’re on a poverty tour. Obama is not starving. Neither is Michelle. What does it matter? Well, Cornel looks like he’s starving half the time. Tavis, no.