The Public Sector Union Pension Ponzi Scheme Has Been Exposed

RUSH: Cynthia in Tucson, Arizona, great to have you on the EIB Network. Hello.

CALLER: Thank you, Rush. Dittos. I just wanted to say that, in my opinion, Hoffa’s rhetoric shows how scared he is of his own thugs. I think he was pressured into this.

RUSH: Hoffa scared of his own thugs?

CALLER: Well, in my opinion. I think he well remembers what happened to his father.

CALLER: I don’t think he’s his own man.

RUSH: (laughing) Well, I don’t know. I’ve often wondered about James Hoffa. As I mentioned, it was the Democrat Party, Bobby Kennedy, who targeted his dad. But the loyalty 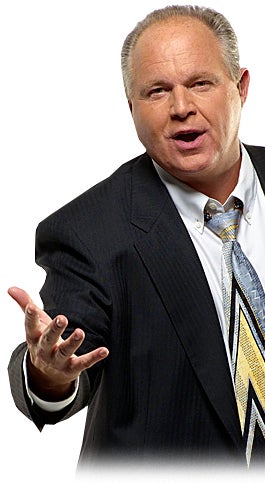 that exists, the unions and the Democrat Party, it’s a giant money laundering operation. Just follow the money. It’s always about the money. And when Hoffa’s out there saying “jobs, jobs, jobs, jobs, jobs,” it really isn’t. They’re not concerned with jobs specifically. Their power derives from Democrats being in office, not from people having jobs. It’s just that simple. Appreciate the call.

Glen Cove in Long Island, this is Rob. Great to have you on the EIB Network. Hello, sir.

CALLER: Good. You know, I am very concerned about the employment levels. And, you know, we talk about fixing entitlements, Medicare and Social Security, but my point I wanted to address to you is, isn’t it time that we really expose all these promises that local politicians over generations have made to local county workers, state workers with respect to health benefits and defined benefit pensions that are nowhere near in lockstep to the private sector, that in my mind here in New York, where our manufacturing index is way down, almost two million New Yorkers left in the last ten years.

CALLER: It’s gonna maintain the inability for there to be a real multiplier to really create job growth where anyone who saved 200, $300,000 who wants to come and start a business is hit with these overhead costs, that isn’t it high time we really opened up a discussion about these kind of benefits that are borne to the local taxpayers that I think prohibit these small businesses from really, you know, flowering? What do you think?

RUSH: No, I think you’re exactly right. When you say it’s time to start talking about it, I don’t mean for you to take this personally, please, but we have on this program discussed the burden of all of these pensions and lifetime health care benefits, we illustrated it in great detail during the Wisconsin debate, and we pointed out, I pointed out and I’ll take the occasion of your call to do it again, you’re talking about all this on the local level. Guess who it is that’s paying that? It’s the citizens. That’s why this is untenable. You have citizens who are at an unacceptably high rate unemployed paying not just the salaries of all these local and state employees, regulators, bureaucrats, but also their pensions and their health care benefits for the rest of their lives. And you’re exactly right, the people paying them have no such program, the people paying them have no such pension or anything of the sort.

It’s a scheme that’s been going on for a long, long time. It’s a Ponzi and we’ve caught up to it now. We’ve gotten to the point now where the latest recipients no longer get paid because there aren’t enough investors. The early investors get paid by the subsequent investors, and now we’ve gotten to the point where there’s no money to pay the investors that came along later, meaning these employees, state, local employees who are expecting all these pensions that are now underfunded, unfunded, all these liabilities are sky-high. Obama will not even mention problems with unions and pensions and regulations, not one time in his Thursday speech. Not once.

There was an article over the weekend that said nowadays only 21% of companies even offer pensions. Only 21% of companies, private sector companies offer pensions, yet practically everybody in the public sector has one. And they expect it, and they can retire at age 40 or 50 and get 80% of their top salary for the rest of their life, including health care, paid for by who? By the citizens. And so the point here that Rob is making is that all of those costs and the power invested in those people make it difficult if not impossible for some average, ordinary person to just come in and start a small business because of all the money it’s gonna cost them to pay for all of this. And he’s exactly right. And it surfaced in Wisconsin. They ran out of money. It wasn’t there.

It’s not there in California for the public employees. It’s not there for the state teachers. There are two retirement systems in California, two big ones, STRS and PERS. The Public Employee Retirement System and the State Teachers Retirement System. I had a friend who ran PERS way back when I was in Sacramento in the eighties and shortly after when I moved to New York. And the stories this guy told me about dealing with the state treasurer on this stuff, it was his job to invest the fund, and the battles he had investing the fund so that it would grow and have the money there when all these teachers, well, public employees in his case, retired. But you look at the unfunded pension plans for the state teachers and the public employees in California, it’s in the trillions, or high triple billions, hundred billions. It’s just unmanageable. Nothing’s real. In that regard, the money just isn’t there.

Here’s the story, let’s see, June 1st, 2009, “Jobs That Offer Traditional Pensions,” and it’s US News & World Report, 21% of companies offer pensions. The way I was brought up, I never once in my life expected to be paid by a place when I no longer worked there. Common sense told me that it wouldn’t work and never once did somebody try to tell me that that should be the case. (interruption) Well, but you grew up in the Northeast, though, where it was normal that you went to work for someplace you would be paid even after you stopped working there. You work 20 years, you got paid the rest of your life. That was something that was never part of my growing up. Being paid for not doing anything was never part of my growing up. The pension, there was no such thing. I was raised that all that was my responsibility. Just the way it was.

That has always been my mind-set. So I’ve grown and heard about all this pension stuff, and it’s always been a big surprise to me. (interruption) I know they feel betrayed. Some 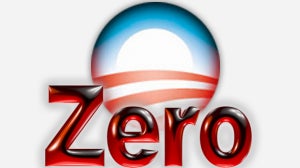 of these people feel genuinely betrayed. (interruption) By the country? They feel betrayed by the country? Our system was supposed to pay them 80% of what they made after they worked for 20 or 25 years and their health care, and now that the money is not there to pay ’em, they feel betrayed by the country? By the system. The capitalist system has failed them. Right. Well, you can see this in Europe. Here’s the problem. The problem with all this is that that is supposed to produce a genteel society, right? The theory is that if you’re paid while you’re working and then you get a pension and health care benefits, you’re supposed to be a pretty peaceful person. Instead, it’s not that way. Look at the anger; look at the savagery; look at the barbarianism in all these countries where that plan exists, and you know why? Because it’s not financially possible.

It’s not financially possible to earn money while you’re not producing anything. It’s not possible to be paid while you don’t do anything. “But, Rush, but, Rush, they were promised.” Well, okay, they were promised. Promised by a bunch of scum. Right, it worked for the first few generations, right, it’s a Ponzi scheme and now we’ve caught up to the fact there’s no money for it anymore. It was all a Ponzi scheme. It’s common sense. Who pays you to not do anything, unless you’re so good at what you do when you retire that they don’t want you competing against them, then they’ll pay you to retire. I have a lot of friends that do that. They’re so good at what they did that when they retired they were paid by their companies not to go to work for anybody else, just so they wouldn’t be a threat, but I’ve never heard — well, I have heard. I just hadn’t when I was growing up.

RUSH: We have all these stories out there today about the post office may shut down by the end of the year, you’ve seen those stories. They’ve closed 3,200 post offices. They’ve talked about — they still haven’t done this — they’ve talked about ending Saturday delivery, they have let go of some employees, and still they’re insolvent. You want to know why? It’s the pensions! It’s their pensions. It’s paying people that no longer work there. Yes. That’s exactly what it is. That’s not all of it, but I mean it’s the lion’s share of it. Folks, I hate to tell you, if you got a pension, I don’t know how to break this to you, but… I don’t have the heart to break it to you. I do not have the heart to break it to you.

They’re not gonna see all of it. It’s gonna be taken over, all these unfunded pensions taken over by the government at, what, 10 or 20%. We’re gonna still be paying it, yeah, but they’re not gonna see all of it, but that’s not my heartbreaking point. I just don’t know how to tell people you don’t get paid for not working. I’m sorry to break it to you. This is GM and Chrysler all over again. Why the hell does Obama own General Motors? Why did the bondholders at Chrysler get screwed? Why is the post office insolvent? Take it into your household. Imagine paying ten people who don’t work for you the rest of their lives enough that they don’t have to work. And then put yourself in the opposite position. It’s a deal you would never make on the payment side