Herman Cain Ads on This Show Do Not Constitute an Endorsement

RUSH: From the New York Times blog The Caucus by Jim Rutenberg, a reporter, I should point out, that we have praised over the years at the New York Times. “Any notion that Herman Cain was going to fade into the background as Gov. Rick Perry and Mitt Romney took center stage after last weekÂ’s debate can be dispatched with. The Cain campaign announced in a statement on Monday that it was beginning a 50-state radio campaign running on the single most important force in conservative talk radio, the Rush Limbaugh Show.” It’s actually 57 states, but who’s counting. 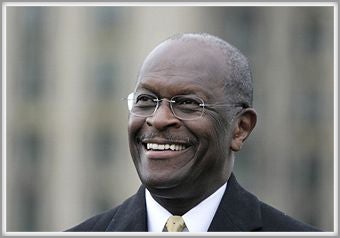 So you will be hearing Herman Cain commercials on the program. He’s a 50-state buy, by virtue of this program. And when you hear that, it doesn’t imply an endorsement. We’re not doing that. We’re just businesspeople here and candidate Cain said, “I want to buy some time on your program.” We said fine and dandy. (interruption) What? I did not endorse Romney. Who said I endorsed Romney? It was not a guy in the e-mail. It was a woman that was mad at me for criticizing Romney. Now, anyway, the Herman Cain commercials will start soon. It doesn’t mean that we’ve endorsed Herman Cain, and it doesn’t mean that we’re not gonna talk about anybody else. You know, Romney can buy some time. Rick Perry can buy some time. If they wish.

I just don’t want anybody to think here that the fact that one of the candidates has purchased time means that we have endorsed. Of course I haven’t. I haven’t endorsed anybody, yet. And accepting Mr. Cain’s advertising does not mean that we have. As it so happens, Rick Perry has his months in the making, weeks in the making plan out today. We’re gonna be talking about it a bit, as we would do so regardless whether candidate Cain had purchased advertising time on the program or not. So I just wanted to get that straight here at the top of the program because many people might make assumptions that would end up being incorrect.

In fact, this is on the fly. Mike, do you have a Herman Cain commercial standing by? Does it start today by any chance? Yeah, we always welcome new advertisers here to the program just like we did when I began advertising Two If By Tea. I gave myself a welcome to the program. (interruption) What are you looking at me like that for? I just want to get this out of the box. I don’t care what happens. We’re doing this. Herman Cain is an advertiser just like everybody else is. You got one of Herman’s spots ready? Here it is. I haven’t even heard ’em yet. I had other people approve ’em. Here it is.

CAIN: 9-9-9 means jobs, jobs, jobs. I’m Herman Cain, a candidate for president, and I approved this message. But Obama doesn’t. My 9-9-9 plan creates six million jobs. Obama doesn’t want you to know, because he doesn’t want me to win. Go to 999meansjobs.com and help me defeat Obama. An uprising has me leading in Iowa, but I need you. Please donate $9 or $999. Every gift counts. 999meansjobs.com. Paid for by Friends of Herman Cain, Inc. Thank you.

RUSH: And that’s a sample of a Herman Cain commercial as part of his 50-state buy. It’s a very efficient way to advertise in all 50 states, is to advertise on this program, the single most important force in conservative talk radio, according to the New York Times. So there you have it.