Ask Yourself: Why Will Blago Go to Jail, but Corzine Won’t? 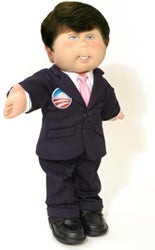 RUSH: Blago, Rod Blagojevich, the former mayor of Chicago, 14… Oh, that’s right, I keep thinking the mayor of Chicago runs the state, which he does. That’s why Blagojevich just got 14 years in jail. Former Governor Rod “Blago” Blagojevich — who looks like a Cabbage Patch doll — gets 14 years in the slammer. Now, why does Blagojevich go to jail and Jon Corzine won’t? It’s a think piece. I have the answer, but once again: If I say something, everything’s said; there’s nothing left to be said. I’ll leave that one open for somebody to take a stab at.