RUSH: From the UK Daily Mail: “The Uninformed Are the Key Ingredient for a Working Democracy, Study Finds — A well-informed, interested public is often hailed as the ‘ideal’ of democracy. But a new Princeton study suggests that the opposite could be the case – and that people who have no interest at all could be vital to the working of a democratic society. The uninformed are essential to democracy because their apathy helps to dilute the effect of powerful minority interests – for instance, highly educated elites – who would otherwise dominate public life.” 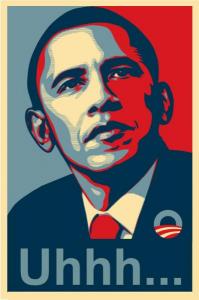 Anyway, this just cleared, I’ll have to study this and form my analysis when I have the appropriate amount of time. You know what I think? I think they’re trying to justify the Democrat base. They’re taking the uninformed and saying they’re key. The uninformed, the ignorant are the key to a democracy. But I don’t know yet how. If you want to make that assertion, would you say, “Well, maybe because they’re uninformed you can more easily influence them. Since they have no core belief system, they’re more easily influenced.” But since this is a media study, I, of course, am obviously profoundly skeptical.

RUSH: You know, I don’t need to wait ’til tomorrow to analyze this bogus piece of BS from the UK Daily Mail that the uninformed are the key to a successful democracy. Yeah, from the standpoint of the Democrat Party. I was gonna wait ’til tomorrow ’til I read the whole thing to analyze it for you, but I don’t need to wait ’til tomorrow. Isn’t it due to ignorant and uninformed voters that we got Obama? Aren’t the Democrats trying to dumb down everybody in our schools? For what purpose? Brainwashing them. No question in my mind. There’s no other reason or way to explain what they’ve done to our education system. And so now we dutifully get a story in the UK Daily Mail where they’ve compared the average Obama voter to a bunch of animals in a study. By that I mean the uninformed.

There’s nobody who is informed properly on capitalism in America who would vote for Obama unless they personally benefit from it and don’t care what happens to the country in the process. And that’s half of Wall Street, at least, and all of the welfare recipient class. (interruption) Oh, damn straight, Snerdley, I mean that from the bottom of my heart. I know the people on Wall Street will put themselves before the country ’cause they think the country’s always gonna be there.

Damn straight, if they can make a cozy corporate deal, crony corporate deal with Obama that enriches their corporation or themselves, sure, they’ll do that, over doing what’s right for the country, because they think the country’s always gonna be there. This is their one golden opportunity. Of course Obama plays off, there’s no question. But somebody who genuinely cares about the country and is informed would not vote for Obama. The uninformed voter is the Democrat target audience. The uninformed voter, the stupid, ignorant voter is the victim in American society. And that’s who the Democrats go after.