Scandal! Romney Donates to His Church

RUSH: ABC, I guess, they went to the crypt, found Brian Ross and said, “Okay, time to get out of the casket, bud. We got a thing we want you to look into here for Romney.”

ABC: “Mitt Romney Sent Millions to Mormon Church — Underscoring the prominent, if little discussed role that Mitt Romney played as a Mormon leader, the private equity giant once run by the GOP presidential frontrunner carved his church a slice of several of its most lucrative business deals, securities records show, providing it with millions of dollars worth of stock in some of Bain CapitalÂ’s most well-known holdings.” So what? Valerie Jarrett just broke the law! She went into a church and gave a political speech ripping into the Republicans and then after the church speech, they did a voter registration drive in a church. Romney’s not breaking the law. 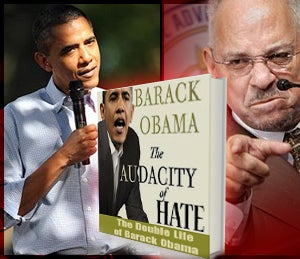 You can count the number of journalists who have vetted Obama on one finger: Lynn Sweet. It was Lynn Sweet(and she didn’t do it as much as she could have) with the Chicago Tribune, I believe. Well, the Mormons tithe, what is it, 10% of their income goes to the church? Okay, 10% of their income goes to the church. That’s what Romney did. Big whoop! It’s now the subject of an investigative report at ABC News. Hey, Brian Ross, you know, Harry Reid is a Mormon. Why don’t we do some investigation to find out how much money Harry Reid’s given to the church? How about an investigation of Harry Reid and his land deals and his son’s land deals? The LA Times has broken the ground there. All you gotta do is basically go to the LA Times archives and start doing some updated investigation. “Oh, no, can’t go there! Harry Reid’s not presumed to be guilty of anything because he’s a Democrat.”

So that’s how this is all played and this is what’s happening now, and you add to it the Republicans going after each other. But it is what it is, folks. It is what it is. This is politics. The old clichÃ©: It ain’t beanbag; it’s dirty stuff.” Snerdley made the observation: “Every time Newt has a good day, the next day look out.” So Newt has a good day, then says, “Okay, Rick and Rick, get out of this. Get out of the race and coalesce behind me. I’m the conservative that can beat Romney. I’m the conservative can win.” Meanwhile, Santorum is outperforming Newt in every primary so far. He’s getting more votes up until South Carolina. We’ll see. Santorum says, “I’m not gonna be bullied out of this.” On one hand, folks, you have to say it’s entertaining; it’s fun. On the other hand, it’s tough to watch. (chuckling) I gotta take a break. (interruption) What, you think I’m gonna pay for that comment? (chuckling) Well, that happened yesterday. There was a woman that was watching Megyn Kelly. She had like eight or nine women, a cross section of average Americans: Fat white women. Well, they were. A couple of women, all were fat, were fat white women, and one of them said, “I don’t want Newt as the nominee. He’s a fat, old rich white guy,” and I had a point out he’s not rich.

RUSH: I wonder if ABC News will do an investigative report and tell us — you watch, this is gonna happen — how much does Tim Tebow give to his church? You watch. At some point, they will. By the way, Tebow said no to CBS Sports. He’s not gonna show up on their Sunday pregame show. Good for him. He doesn’t want to show up and have to fake laugh. It’s said that the Dancing With the Stars people are going to seek out Tebow. He’ll say no to that, too. Tebow doesn’t need these media people. The media has not made him. He does not need to turn himself over to the media, here. He’s bigger than the media. He doesn’t need ’em at all. They want Tebow in a position where they can break him by having made him, and he’s smart to stay away from all this stuff.

Now, when I say it’s fun watching this, I don’t want you to misunderstand. It’s fun like watching nature documentaries, like watching animals eat each other. It’s fun, it’s interesting, it’s, “Wow, look at that,” but it’s not something that you’d leave your house to go see.