RUSH: Wendy in Pittsburgh, you’re up first. It’s great to have you on the program. Hi.

CALLER: Hi. How you doing, Rush?

CALLER: Listen, I’m a little disappointed in your reaction to all this. You know, conservative voters are different than Democrats because we care about character.

CALLER: You’re kind of sloughing this off with Gingrich. I mean, I can tell you right now based on everything we know about this and the Freddie Mac and all that stuff (scoffs), if it’s him and Obama, I’m gonna write in Santorum. (snickers) That’s what I’ll do. I’m not gonna vote for this. 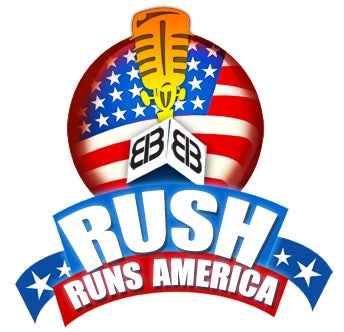 RUSH: Look, I don’t mean to be sloughing it off — and I knew that I was gonna get this reaction. I knew. It’s one of the reasons I wanted to take your call because I knew that people were gonna say, “You know, you’re papering this over. You’re getting all this stuff the media doesn’t do, how the media is unfair and so forth, and that’s not the point, Rush. What Newt did is the point.” I understand that.

CALLER: No, but I understand your point. Your point is correct. Obama probably has worse stuff in his background, and we’ll never find it out, or when it’s too late we find it out. The problem is the conservative voter is different, and so if we get Newt Gingrich, we won’t vote.

CALLER: We will write in. We’ll write in Santorum.

RUSH: Now, Wendy, wait. There’s nothing really new here. People that are voting for Newt Gingrich in the primaries so far and people supporting him know 90% of this.

CALLER: No. I think you’re wrong.

RUSH: Well, I’m not wrong. How dare you say that?

RUSH: I am not wrong.

RUSH: What about this did you not know?

CALLER: Callista is gonna be the first lady? Are you kidding me?

RUSH: We’ve already had one!

RUSH: We’ve already had an open marriage in the White House. Maybe with the Kennedys, too. How many open marriages have we had?

CALLER: Yes. We’ve got a good candidate. We’ve got Santorum. We got Romney up there still.

RUSH: All right. No, ’cause they’re gonna take Romney out, and Romney doesn’t know how to defend himself.

CALLER: No they’re not.

RUSH: Romney doesn’t know how to defend himself.

CALLER: Well, I’m not for Romney. I’m for Santorum.

CALLER: We got Santorum; he can win.

RUSH: Okay. All right, well, then that’s why this matters. You like Santorum so Newt should quit. Perry has quit. That’s it. Cool. You’re gonna get what you want, apparently.

RUSH: This is Kimberly in Houston. Kimberly, welcome, great to have you on the EIB Network.

CALLER: Dittos, Rush. And thanks to Kathryn for sharing you today.

RUSH: (laughing) Yes. I’ll thank her for you. 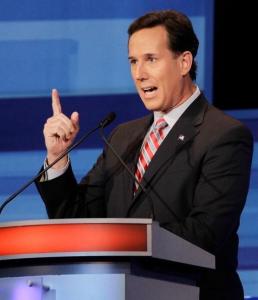 RUSH: No, the mink glove, the pricing became such that it was embarrassing to offer it, the price was so high.

RUSH: For people that may not know what it is, let me explain very quickly. In the old days of the program, people would call here and tell me how nervous they were. I said, “No, no, no. You are going to feel so comfortable on this show, you’re gonna want to do it all over again. You’re gonna feel like you’re having a back rub with a mink glove.” And so we actually had a mink company put together some mink gloves. Even back then they were a hundred bucks. The price has just skyrocketed now, it’s a little bit too high, but your memory is very good because that goes back 20 years.

CALLER: Well, you enlightened me during the Clinton years and I never left.

RUSH: Well, I’m happy to hear that. Thank you.

CALLER: I heard your first caller, and I have to disagree with the young woman about this angry ex-spouse thing. I really think it’s gonna backfire because a lot of people know an ex-spouse and there’s nothing more tedious than listening to them go on and on about their bad marriage.

RUSH: Well, it’s interesting, you know, half the country’s been divorced.

RUSH: What percentage of divorced couples are friends with the ex? I don’t know what it is, but we know that hell hath no fury like a woman scorned. I mean that saying exists for a reason.

CALLER: Rush, I also think that this is gonna backfire in a way that I think some people feel like the woman scorned in this marriage with Obama. I mean, not me particularly, but people were deceived into voting for this guy, and three years later you’re so deep in debt you can’t get out of it. They’re constantly bringing scum into the White House —

CALLER: I feel like an angry wife, and I’m not even married to the guy.

RUSH: Battered citizen syndrome. I can imagine some people that voted for The Messiah, think they’re gonna get hope and change and stuff, I imagine they do feel betrayed, let down. Anyway, folks, I have to be very careful here because I don’t want to create the impression that I’m condoning anything. I’ve tried to put in perspective the last hour what is really the focus for all of us, and that is getting rid of Obama in November and saving this country by reversing the direction it’s going. We don’t know how Marianne is coming off in this video. We don’t know that she’s instantly credible. We don’t know if she looks likable in this thing. We don’t know this. And we really won’t know ’til the whole thing airs tonight on Nightline.

It will be interesting to see what the ratings are for Nightline versus — now, Nightline airs at 11:30, right? So the debate will be over. There’s a CNN debate tonight. My good friend, Andy McCarthy, said, “I want to take a poll. What are the odds that Newt or the whole gang of the Republican field will be asked about open marriages?” I said, “Try a hundred percent.” (laughing) But CNN has said they’re just gonna let this go. They’re gonna pull their moderators out and they’re just gonna let this happen. Now, they said that before the Marianne Gingrich tape. But remember, now, the networks, the cable networks, CBS, CNN, they are not airing a lot of this yet. Just a few excerpts. Now, one of the reasons, they don’t want to promote an ABC show. It’s still all about ratings and they don’t want to steer everybody to Nightline tonight.

It’s one reason it’s not getting huge play on competing television networks today. And until the whole thing airs, we really won’t know how Marianne Gingrich comes off in this thing. But for me, I’m trying to keep everything in perspective. Ninety-five percent of what I’ve learned, or what she said, I already knew about Newt. There isn’t a whole lot new for me. I don’t know how many other things about this you didn’t know. I don’t know how much of it is new to you, but the nation is at a crossroads. And I don’t believe that Newt Gingrich has contributed to the problem this country’s in nor Mitt Romney nor Santorum nor Perry. Hell, not even Ron Paul. Now, there’s no question Nightline’s ratings are gonna go through the roof tonight, maybe their highest ratings 25 years. We’ll see how Marianne comes off.

CALLER: Hello. Mega dittos, Rush, and listening to you stay focused on what the real issue is has really calmed me down, but that lady that called, the issue is, it’s not Newt’s background, it’s that the American population voted for an empty suit and this is what they’re gonna get. This is what they’ve gotten and why are they still buying CBS, ABC, NBC’s time? Why they still buying the New York Times? That’s the issue. This lady who doesn’t want to do any self-introspective that there are two sides to a marriage, it blows my mind just to hear her go on. She probably hung up the phone, didn’t listen to you the rest of the day because she’s so perfectly right in her attitude.

RUSH: Now, Richard, let me tell you, she was a Santorum supporter. Don’t miss that aspect of her call. She is seeing an opportunity to elevate Santorum in this. I think what got you upset, didn’t she say something about the fact she’d write in Santorum if Newt’s the nominee. And you heard her say that —

CALLER: Any write in is a throwaway, and to me, you know, I like Rick Santorum, too. I’m Catholic. Even though I have six children with one woman who divorced me because I wouldn’t have more children and got an annulment, I didn’t give up on the Catholic church, and that’s not the issue. The issue is we’ve got to win this election and we’ve gotta get our country back.

RUSH: I know. We’re at a crossroads, and that’s a perspective that I’m trying to keep in focus here. I’m not trying to defend anything, slough it off or anything of the sort. I mean, whose moral compass would you rather trust for the country, Obama’s or Newt’s? Next four years. That’s a question you’re going to have to answer.

CALLER: What an honor, Rush.

CALLER: Thanks for keeping us sane out here. You are wonderful. We love you.

RUSH: I really appreciate that. Thank you very much.

CALLER: Listen, I am angry about that first lady. (chuckles)

RUSH: Mike, can you roll that call off relatively easily? Maybe not instantly, but this is second call in a row now we’ve had about that, and I don’t remember it to be able to quote it specifically. So our broadcast engineer is gonna roll that call off so the audience this hour will know what you’re reacting to, but go ahead and give me your point.

CALLER: Okay. In this country, first marriages usually fail at 50 to 60%; second at 70; and they’re not keeping track of third and fourth. But because of the Hollywood liberals, Democrats, RINO Republicans, and the country morally ruined, people aren’t getting married anyway. But resurrecting Newt’s ex-wife Mary to spill the poison on this campaign so she can take unresolved bitterness for anger and revenge shows her character. When a horse is dead, dismount. This shows how desperate and how scared Obama, the liberals, the liberal news are of losing this election. This shows —

RUSH: Well, now, that… I don’t know about dismounting a dead horse.

RUSH: But that I know is true, because as I said in the first hour: Obama has to have the pathway cleared. That’s the tradition. That is the history of Obama winning elections: They just wipe the slate. They get rid of his opponents. They discredit his opponents, wipe ’em out, send ’em packing in embarrassed fashion, and there’s no question — and I’m gonna say this again. There’s no question that ABC is in league with the White House to take out all of Obama’s opponents they can.