RUSH: This is Howard Fineman last night on PMSNBC’s The Last Word. Fineman now left Newsweek, as you know, and he’s over at the Huffing and Puffington Post and they’re having a discussion about Newt’s debate performance last night. This was Howard Fineman’s review. 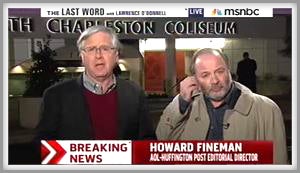 FINEMAN: Newt Gingrich, with this crowd and with these people here who want a fighter — who like cockfighting, who like the hardscrabble, who like the confrontational approach — that’s what Newt Gingrich gives them. It may be shortsighted of them going down the road, but these people here in this state want to feel like they’ve got a feisty person to go up against Barack Obama. Their hatred of Barack Obama is almost blinding in its intensity, and Newt feeds that.

RUSH: So, see? They’re in a foreign country. I guarantee you Howard Fineman probably thought he had to apply for a visa and an immigration card — and you notice the first thing he said? What is the first thing he used to describe South Carolina? They “like cockfighting” here. So you think of South Carolina as Cuba? What is this? And, by the way, David “Rodham” Gergen does not seem to think that this kind of talk is gonna scare off the independents.

RUSH: Okay, so what does the Drive-By Media think of South Carolina? Cockfights? NASCAR? With NASCAR you’ve got stills. You know, how NASCAR got started was outrunning the revenuers. So you got cockfights, that’s South Carolina. Then you got NASCAR, which is hicks in the backyard brewing their own moonshine outrunning the federal agents. You got football, and that’s barbarism and brutal. Then you got the military, and that’s the focus of evil in the modern world. Then you got grits. Look at the southern food, my God, type 2 diabetes, heart attacks, clogged arteries and you die. And jobs. And that’s the one thing Obama doesn’t like. So there’s not one thing on this list in South Carolina that liberals can stomach: cockfights, NASCAR, football, military, grits, and jobs. And all of that is America, and the lib media hates it, resents it. 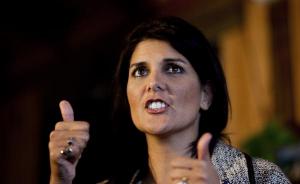 And that’s why, I’m gonna tell you, the social conservatives watching this thing last night probably hate the news media more than they’re concerned about Newt’s private life. South Carolina’s also a right-to-work state. That would be another thing that the left would hate about it. Plus, there’s a female governor there, and she’s a looker, and that always bugs the Democrats. Their last looker was Jennifer Granholm in their mind and look at the hay they tried to make of that. So all these things, South Carolina, you add it all up, majority American, and that’s why Obama and the Democrats despise it. It’s a right-to-work state, it’s why they have jobs. The unemployment rate there is high, but they’re working and it would be lower in the National Labor Relations Board and Obama hadn’t stepped in to try to stop job creation.

Joe Klein, TIME Magazine, last night on MSNBC, this is what he thought of the debate, Gingrich and his moment with the media, John King.

KLEIN: What it says about Gingrich, throughout these debates his most effective moments of attack have been against us, have been against — and attacking us with that audience is kind of like saying Osama Bin Laden was a bad person.

RUSH: So he’s comparing the media to Osama Bin Laden. Hey, Joe, works for us, fair comparison, good analogy. By the way, Joe Klein had a story in TIME Magazine earlier this week about what an utter failure Head Start’s been. No, I’m not kidding. All of the multiple billions that have been spent on Head Start and there’s nothing to show for it, not one thing to show for it. It’s a total disaster, but don’t judge the results, judge our big hearts, judge our intentions.