Because You Asked… Our Ratings are Up

RUSH: I have been, over the course of the past month… And this is inside baseball stuff, but you people have been so terrific during this past month. Normally this is a question I wouldn’t answer, but I’m going to answer it ’cause I’m being peppered constantly. “What have your ratings been since that whole Fluke thing happened?” And normally I don’t talk about them in specifics because in the ethics of the broadcast business you don’t do it. You don’t do
anything that would artificially affect them and there are penalties if you get too specific about methodology and so forth. It’s enough to say: Most listened to radio talk show in the country ever, and it’s unlikely to ever be topped. 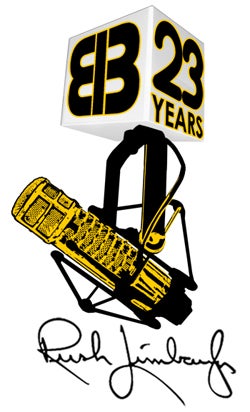 But I’ll just answer the question this way. In the past month… Radio ratings are taken many different ways. They’re broken down in almost impossibly humorous ways. For example, if I wanted to, I could probably make the case that I am the number one show among one-armed amputees at the corner of whatever and whatever in SoHo on Friday afternoons in the third hour. If I wanted to make that claim, I’m sure I could find it in there. But the simple answer is that on the range of all 600 radio stations, our ratings are up anywhere from 10% to 60%, depending on the station.

And that’s as detailed as I’m going to get. What I mean by that is we could be up 33% on one station, 12% on another, and 60% is the top that we’re up on another. We’re up 50% in a number of places. The advertisers who hung in here are going gangbusters, yes. I mean, that’s the simple truth. The only ones who got hurt are the ones who left. And that’s its own tragedy because they left under false, trumped up, unreal pretenses. I don’t want to relive that. I just wanted to answer the question without getting too specific, because everybody’s asking about it.

And it’s a way of thanking you, too.