RUSH: After the program today, folks, I’m talking to Dinesh D’Souza. Dinesh D’Souza, remember his book, The Roots of Obama’s Rage? His theory is that Obama’s father, an anti-colonialist, had a profound impact on Obama. He’s made a movie out of this. The Roots of Obama’s Rage is the movie, and he went over and talked to Obama’s brother in the hut as part of the movie, and the movie is playing to sold out theaters. It’s opening wide soon. We’re talking to Dinesh today about that.

RUSH: The name of Dinesh D’Souza’s movie, it’s a documentary. It’s called 2016: Obama’s America. And the poster for the movie is 2016: Obama’s America — Love Him, Hate Him, You Don’t Know Him. That’s clever. Love him or hate him, you don’t know him. The film has been generating lots of buzz. The Hollywood Reporter says that people crammed into the Edwards Houston Marq’E Stadium for Thursday’s showing in Houston, Texas. They had to turn away 200 people, and it opens wide soon. So he made a documentary off the book that he wrote, The Roots of Obama’s Rage.

He actually went over to Kenya and found Obama’s brother’s hut, and he interviews Obama’s brother. I don’t think they could fit in the hut, so I think the interview was done outside the hut. I don’t know if the brother got paid. We’ll find out. I’ll ask Dinesh if the brother got paid. If he did, it probably made a huge difference. The guy lives on a dollar a year or some such thing. Twenty bucks would change the guy’s life. He might be able to get a door on the hut. 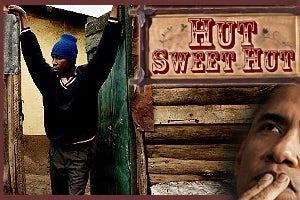 RUSH: Here’s Ann in Buffalo. Ann, I’m glad you waited. Great to have you on the EIB Network. Hello.

CALLER: Hi, Rush. You’re right on today. And just an aside about D’Souza’s upcoming show. Love him or hate him, you don’t know him —

RUSH: She loves the guy but she doesn’t want to talk about it?

CALLER: Right, she doesn’t know why. She doesn’t want to talk about it. It was making her sweat to think about it. She’s seventy-five years old.

CALLER: Yeah. Anyway, at the end of the conversation she said, “Well, maybe I just won’t vote, then.” I said, “Good idea.”

RUSH. All right, well that’s the way to handle it. That is a great catch line, love him or hate him, you don’t know him.

CALLER: That’s right. Yeah. I tried to tell her a few things about Obamacare, and the door was shut.

CALLER: There was no way to get through.

RUSH: Give me an example of one thing that you told this woman trying to talk her out of love. And that’s a tough thing to do.

CALLER: Okay. Well, she had been talking about how many operations she got through Medicare in the last two or three years —

RUSH: Well, that’s all you need to tell me. It’s not the fact she loves Obama; she loves Democrats.

CALLER: I told her once Obamacare gets into place you’re not gonna get any more operations. You’re gonna get a pain pill.

RUSH: Death panel is what she’s gonna get. 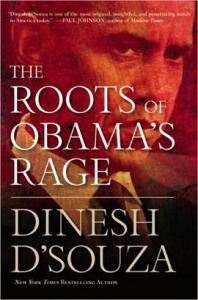 RUSH: What did she say to that?

RUSH: What did she say?

CALLER: She couldn’t talk about it. She said, “I’m starting to sweat here. I just can’t discuss this.”

CALLER: And her husband was there, and I said to him, “What is it about Obama that’s gonna make you vote for him?” And he said he’s going after the 1%.

RUSH: That was his whole —

RUSH: You know what? I don’t think it has anything to do with Obama. I just think they’re Democrats.

CALLER: Yes, yes. Well, listen to this. The reason I called was your question, how come people are gonna vote for him? You gotta consider the libs have been in control of education from Head Start, which, incidentally, does not have any positive results, to postgraduate education in this country.

RUSH: Yeah, I know all these answers. I ask these questions rhetorically. In an admittedly no-such-thing perfect world, I don’t understand how these guys would get one vote. It’s not a perfect world, obviously. I know why people vote for ’em, but the people that do are not thinking. You just illustrated that with this pair of seasoned citizens that you ran into. Anyway, Ann, I appreciate the call. Thanks very much.