RUSH: I want to get into the Bob Woodward and Michael Lewis stuff that I mentioned in the first hour of the busy broadcast. Bob Woodward has a new book out with detailed access to Obama. What’s been reported so far has been the near breathtaking success on the verge of happening on a debt deal last summer, but that Boehner finally backed out because after they had a deal Obama came back for more tax increases, and Boehner said, “I’ve had it, to hell with it,” and walked away. He wouldn’t even answer Obama’s phone calls. That’s what’s been reported.

But there’s more. Here’s a quote from Woodward: “With the president taking charge, though, Obama found that he had little history with members of Congress to draw on. His administration’s early decision to forego bipartisanship for the sake of speed around the stimulus bill was encapsulated by his then-chief of staff, Rahm Emanuel: ‘We have the votes. F— ’em,’ he’s quoted in the book as saying.”

We got the votes on the stimulus. Screw these guys. In fact, after the 2010 midterms, they were so shocked — and they’re still reeling from this, by the way. After the 2010 midterms, they were so shocked, they didn’t even have Boehner’s number; they didn’t know how to get a hold of him. That’s how out of the picture the first two years the Republicans were. It was screw them, they weren’t consulted, and Republicans couldn’t stop the Democrats on anything, health care, you name it, stimulus, they didn’t have the votes to stop anything. And that’s why all this talk about the mess that we’re in being caused by Republicans… for the first two years of the three-and-a-half we’ve had Obama, he had total political control of Washington. The Republicans could not stop him. None of this, therefore, can be blamed on the Republicans. They weren’t even factors. Obama didn’t even have their phone numbers, for crying out loud.

From Woodward’s book: “Obama’s relationship with Democrats wasn’t always much better. Woodward recounts an episode early in his presidency when then-House Speaker Nancy Pelosi and Senate Majority Leader Harry Reid were hammering out final details of the stimulus bill.” Obama didn’t even do that. He made them write that, told them what he wanted, ditto health care. “Obama phoned in to deliver a ‘high-minded message,'” Woodward writes. This is not a compliment. What he means is that Obama called ’em and started big-timing ’em. 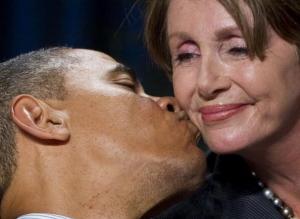 “Obama went on so long that Pelosi ‘reached over and pressed the mute button on her phone,’ so they could continue to work without the president hearing that they weren’t paying attention.” This is in Bob Woodward’s book. Here’s another. “Boehner told Woodward. ‘They never had their act together. The president, I think, was ill-served by his team. Nobody in charge, no process. I just don’t know how the place works. To this day, I can’t tell you how the place works. There’s no process for making a decision in this White House. There’s nobody in charge.'” That’s Boehner in the book.

Now, let’s move on to Michael Lewis. And don’t forget, again, 2010 midterms they were so surprised by the outcome, they were so detached from Republicans they didn’t even know how to get hold of Boehner, didn’t even have his number. Vanity Fair profile of President Obama. “For months we’ve known that Michael Lewis’ Vanity Fair profile of President Barack Obama would be something special — the access he was being granted was unprecedented.” This is from Business Insiders, by the way.

“Today, we obtained a copy of Vanity Fair’s October issue to read Lewis’ moving piece, which is called Obama’s Way. Lewis describes a man whose brain is wired to subvert the establishment and to think outside normal parameters. This deeply affects the way he makes decisions. Take Obama’s decision to invade Libya, for example. Lewis had the privilege of learning how the President sends American troops into battle. Lewis describes a scene in which the normal cast of characters had been assembled, either physically or virtually, in the Situation Room in March of last year (Think: U.N. Ambassador Susan Rice, Secretary of State Hilary Clinton, and the Joint Chiefs of Staff).

“They had set out to decide if the U.S. would intervene in Libya. Then-dictator Muammar Qaddafi was racing across the desert in jeeps and tanks heading for the rebel stronghold of Benghazi, a city of 1.2 million. He had threatened to ‘cleanse’ the country house by house. Naturally, as Obama’s advisers described in the meeting, that meant a massacre. Before the President goes into a meeting, he is told who will be there, and what they will contribute.” He’s told who’s gonna be in the meeting. His meeting.

“It’s a road map. In this particular meeting, after each attendee shared something about Libya, Obama would decide if he would do nothing or, as European leaders had proposed, create a no-fly zone over the country. According to Lewis — and as is Obama’s practice when decisions are truly difficult — he went off the road map and asked, ‘Would a no-fly zone do anything to stop the scenario we just heard?’ After it became clear that it would not, Obama said, ‘I want to hear from some other folks in the room.’ And so Obama changed the question. It became ‘Should we act in Libya?’ — the details would come later. The President heard from his speechwriter, who would have to explain Obama’s decision to the American people.”

Now, stop and think of that.

So the speechwriter and an adviser to Biden tell Obama: Yeah, I suggest we gotta go. “Lewis writes: ‘His desire to hear from junior people is a warm personality trait as much as a cool tactic, of a piece with his desire to play golf with White House cooks rather than with CEO’s and basketball with people who treat him as just another player on the court; to stay home and read a book rather than go to a White House cocktail party…'” What kind of BS is this?

Anyway, I don’t know what Lewis thinks he’s done here, but the people who quote from this piece obviously think that they have uncovered this great bit of news about Obama. He’s such a wonderful guy! He talks to the underlings and would rather play golf with the White House cooks than CEO’s. A road map for decision? He doesn’t know? He’s told who’s gonna be in the meeting and what they will contribute? He doesn’t determine who’s gonna be in the meeting?

A no-fly zone? A no-fly zone! That’s only half a loaf? The point of this is the guy can’t make a decision! It’s the same thing Boehner says in the Woodward book. A speechwriter giving an opinion on whether or not we go to war? Uhhh… It’s like, take your car to the car wash and ask that guy if you need a lube job. What will European leaders think will happen now if this guy calls their bluffs? 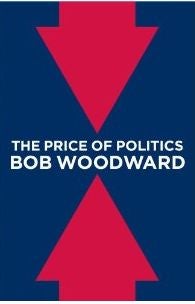 European leaders are gonna read this piece and they’re gonna think, “My God, all we gotta do is get to the speechwriter, or some lackey for Biden.” It was Jodi Kantor with that devastating piece Sunday in the New York Times called “The Obamas,” where Obama said he could do everything better than anybody else. The name of Woodward’s book is The Price of Politics. That Sunday New York Times piece (we talked about this) where talked about how people were not impressed with President Obama at all.

They were embarrassed how cocky he was. Remember we discussed this yesterday, the day before. Wait’ll Dmitry Medvedev and Putin get hold of this. Remember Obama was at some G-whatever meeting, a G-whiz meeting, and he said to Medvedev: “Just give me some latitude here, some flexibility here. After the election I’m gonna have a lot more flexibility.”

Which meant: “Look, just tell Vlad to cool it. I’ll be able to get rid of all the nukes after I’m reelected,” or something, a little help with Israel, too. Yeah. So now here’s Putin. (Nobody ever leaves the KGB.) Putin and these people are gonna read this. The Iranians are gonna read this, Mahmoud Ahmadinejad is gonna say (impression), “The speechwriter? The speechwriter will determine whether or not they come after our nukes? Ha-ha-ha!”

RUSH: Hey, here’s another passage about the Bob Woodward book, The Price of Politics. “Woodward portrays a president who remained a supreme believer in his own powers of persuasion, even as he faltered in efforts to coax congressional leaders in both parties toward compromise. Boehner told Woodward that at one point, when Boehner voiced concern about passing the deal they were working out, the president reached out and touched his forearm. ‘John, I’ve got great confidence in my ability to sway the American people,’ Boehner quotes the president as having told him.”

Boehner quotes the president as having said that to him: “John, I’ve got great confidence in my ability to sway the American people.” This guy obviously suffers from high self-esteem.