Caller Nails It: If Obama is So Concerned with Feelings in the Muslim World, Why is He Bragging So Much About Killing Osama?

RUSH: It’s Claire in Logan, New Mexico. I’m glad you waited. I really am. Great to have you on the program. Hi.

CALLER: Well, it’s so great to be on the program. This is the first time I have ever called into a show anywhere, any time, but I was so determined to join your conversation today —

CALLER: — because what occurred to me was, if the Obama administration is so concerned about not hurting the feelings of these terrorists, then why are they constantly spiking the ball about killing bin Laden?

RUSH: Hmm. You know, that is a great question out there, Claire. If we’re so concerned about hurting the feelings of Muslims, why is Obama bragging that he killed Osama so often. That’s a fascinating question. Yeah, in fact, their campaign slogan is “GM’s Alive and Osama’s Dead,” or something like that. They’re ramming it down the throats of Islamists all over the world. In fact, in Egypt at the embassy yesterday, the protesters were all shouting, “We’re all Osamas, Obama. We’re all Osamas, Obama.” There are millions of Osamas, Obama. So we might even conclude, ladies and gentlemen, that if we’re gonna accept this notion that hurt feelings inspire terrorism, then maybe Obama is responsible for this, and ultimately maybe the blame falls to him. You think they watched the Democrat convention? You think they saw Plugs Biden up there going on and on about how Osama’s dead? This could be the Obama bounce. The media was looking for the Obama bounce, and we found it, the attack on our embassy in Cairo. The real Obama bounce. Claire, you know what? There’s something to this. First time you’ve ever called. You said you were determined to get through here.

RUSH: And you have. And you made a brilliant, brilliant point. I wanted to make sure you hung on so I could thank you.

CALLER: Well, I’m just honored to be talking to you. I’m very nervous.

RUSH: Yeah, yeah. But I appreciate it, I really do. I want to send you an EIB engraved iPad. Would you let me do that?

RUSH: (laughing) Okay. So here’s what you need to do. You just need to hold on, and Mr. Snerdley, the nice young man who answered your call —

RUSH: — he will be talking to you soon. He’ll get the address from you that you want us to send it to you.

RUSH: Give us a FedEx address. We don’t use the mail here for odd reasons. We only do FedEx.

RUSH: Okay? So it has to be an address that FedEx can deliver to.

RUSH: Okay, Claire. That’s Claire in Logan, New Mexico. Oh, that is so right. I did not put that together myself. I’m so glad that she got through here. We’re all Osamas, Obama. There are millions of us, Obama. There are millions of Osamas, Obama. We’re all Osamas. And our embassy puts outs this whole thing about hurting people’s feelings, and that’s right. Obama’s spiking the football and ramming it down their throats every day about having killed their messiah, Osama Bin Laden.

RUSH: I think this woman Claire is more right than any of us even thought the moment she said it. On 9/11, in Egypt, these clowns show up, “We’re all Osamas, Obama. We’re all Osamas, Obama.” What does that mean? It means these people are ticked off. Obama’s been running around spiking the football saying Osama’s dead. That was one of the two primary reasons to reelect the guy at his own convention. Our embassy issues a statement apologizing for free speech rights of some preacher in this country and a movie maker, and it turns out that it’s Barack Obama that has ’em all ticked off because he’s the one bragging about killing their messiah, their leader. It is a heck of a good point. Obama could be to blame for this.

RUSH: Back to the phones we go to El Cajon, California. This is Scott. Thanks for the call, sir. Great to have you here on the EIB Network. Hello. 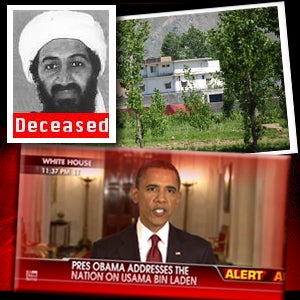 CALLER: I was interested to see the first news media reports. You know, they talk about the Romney response, and then they try to deflect everything from Obama by saying this filmmaker was an Israeli Jew. I was wondering your take on that.

RUSH: Uhhh, well, he is an Israeli Jew. What is your point? You think…?

CALLER: It just seems… I heard that right away, and he’s based out of Southern California.

CALLER: But why even bring that up? It’s almost like they’re trying to put off some of this stuff on Israel.

RUSH: Oh, well, there’s no question that they’re trying to do that. You mean the administration or the media? Or both?

CALLER: The media but probably with the administration’s support.

RUSH: Well, I think they are gonna do everything they can to further the notion that it is this wacko doing the movie that is responsible for the Islamists and their attack on our embassy in Cairo. The last thing they’re gonna do is blame the Islamists. So you think by mentioning his a Jew from Israel…? The problem with that is, I’ve read the story and they quote the guy saying that. He describes himself that way: “I am a Jew from Israel.” So it’s not really the media pointing it out for nothing. He does say it in the story.

RUSH: And when you read the story, it’s clear the guy says that. He’s gone into hiding. The filmmaker has gone into hiding but he’s still talking to the media. He comes across as “fearless,” but then I read he’s gone into hiding, which kind of contradicts it. But he himself says it. He’s a California real-estate developer and his name is Sam Bacile. It’s B-a-c-i-l-e, so I’m guessing on the pronunciation.

But he describes himself in the story as an Israeli Jew, and he says he’s the one who made the film. So it’d be kind of hard for the media to leave that out. If he hadn’t mentioned it and they dug it up and they focused on it, then you could say that they might be trying to stir things up. My point is, they don’t have to. He’s done it for them. All they have to do is quote him, which is what they did.

RUSH: Here’s David in Williamsport, Pennsylvania, home of the Little League World Series where losing pitchers congratulate guys that hit home runs off of ’em. Great to have you on the program, sir, hello.

CALLER: Hey, thanks for taking the time, Rush. You know, some of your callers have touched on the convention last week, and, you know, the timing behind this, obviously 9/11 was yesterday, but it was not insignificant that the word “Jerusalem” was left out of the Democrat platform. It’s been such a big deal that was made in the media to correct that, and we saw the outrage from what seemed to be a majority of the Democrat delegates. And as you said, this was probably being watched all over the world. This administration has gone through great pains to publicly not use the word “Jerusalem.” You have Jay Carney just fairly recently being pressed on that in a press conference. You have James Brennan or John Brennan, whichever it is, I don’t remember, and Eric Holder publicly calling Jerusalem Al-Quds, which is what Islamists refer to Jerusalem as. They refuse to say the name Jerusalem. I don’t think this was an insignificant event, and it could have been a tipping point. There was a lot of things in that convention, but this was something I believe a lot of attention was paid to the word “God” being left out, but just as significant, if not more, was the word “Jerusalem” being left out.

RUSH: I think you’re on something. In fact, we talked about this a little bit yesterday, and in addition to God being booed, so was Jerusalem. And when you saw the pictures of who it was that was booing. For example, the reason that I know about this fundraiser in Vegas being moved indoors is because I have people who are on the mailing list of the DNC and the Obama campaign, so we keep an eye on what they’re sending out. Debbie “Blabbermouth” Schultz sent out this blast e-mail yesterday to one of our staff members named Biff, and there is no Biff, but that’s just the name that we used. And it was in three languages. It was in English, Spanish, and Arabic. Farsi, whatever, Arabic. And it was all about how they’re gonna move the convention from outdoors to indoors because of inclement weather, but there isn’t any.

They can’t fill an outdoor stadium in Vegas is the point so they’re using the same excuse they used in Charlotte. But you’re right. Jerusalem was booed, and it was the Michigan delegation that we saw booing Jerusalem. There’s a very large Islamic population in Dearborn. It’s called Dearbornistan by people that live there, as an affectionate nickname for the place. But I think not just God, but Jerusalem got booed as well, and I think you’re on to something. I think the Democrat Party has elements that hate Israel. Some of them are even Jewish, but they hate Israel, which leads me to another theory, ladies and gentlemen. Just a wild theory, picking it off the wall. All it is, is a theory.

What do the militant Islamists want more than anything in the world? Israel gone is right. Even moderate Islamists want Israel gone, from Mahmoud Ahmadinejad to Al-Qaeda, to the Muslim Brotherhood. You can find quotes. Palestinian leaders, Hamas, fatah, you name it, all of these factions of militant Islam, number one objective, no more Israel. And if they could bring it off, no more Jews.

He had a courier going back and forth, but Al-Qaeda was not depending on Osama Bin Laden for operational leadership. His day had come and gone. So he’s expendable. He was near death anyway from diabetes or something. He needed dialysis. So they give him up; they give up his location. We go in and SEAL Team 6 gets him. Obama puffs up. “I killed Osama! I did it! I killed him!”

He gets instant credibility and gives himself some political capital.

Keeping him in power, that furthers the cause. Who gave us the Arab Spring? Who…? (sigh) Who structured things so that the Muslim Brotherhood pretty much had a clear path to power in Egypt? If… And I’m saying “IF,” capital I, capital F. If the militant Islamists think… Let’s put this way. Do you think that militant Islamists will be as hopeful of getting rid of Israel with a Republican president or with a Democrat president? I’m just throwing it out there. This is thinking off the top of my head, after being bombarded today with stuff, and that call that we had from Claire.

This one got me going, because she’s so right.

Everybody’s trying to blame this movie or Terry Jones, the preacher, for what happened in Egypt yesterday. But the guys that scaled the wall, cut down our flag, burned it, and tried to raise the Al-Qaeda flag are the ones shouting about all the Osamas there are, and they’re mentioning Obama’s name. They’re taunting Obama: “You didn’t get rid of us! There are thousands of us.” Obama’s saying, “Don’t spike the football! Don’t spike the football!” But maybe the real source of the outrage here is Obama and the Democrats bragging 21 times during their convention, “We killed Osama!”