CALLER: It’s good to talk to you, Rush.

RUSH: Thank you very much!

RUSH: I appreciate it. I really do. Thank you so much.

CALLER: And from that time, I went to Grambling. At the time, Grambling was a college in Louisiana. We went there, and we formed a group called The Uhura Group, which is Swahili for “freedom.” And there we supported —

RUSH: Wait. What was the name of the group?

CALLER: Exactly. And we supported Shirley Chisholm. We helped Grambling at the time. Grambling was more like a so-so Uncle Tom school, but we helped Grambling get black courses to teach blacks to be proud of themselves. From there I came back and we had Harold Washington become the first black mayor of Chicago, and later — after helping Harold — I realized I was; ’cause I was always conservative. I came back from my mother and father, who worked hard, they took care of their families. Then in the seventies and eighties, I realized that the Democratic Party, ’cause I was a Democrat at the time. I registered as a Republican in ’89 when I listened to you.

RUSH: Wait, wait. You need to explain how that happened. By “they,” you mean the Democrats?

CALLER: The Democrats and society itself.

RUSH: Okay, but how did they keep blacks on welfare and on drugs? I’m not disagreeing with you system I just want to know: Hhow does that actually happen?

CALLER: Well, it starts with no education. They never… Blacks all of a sudden stopped… When they stopped the war, the draft, in ’72 — when they stopped the draft, from that point I saw it. I had graduated from college. From that point I seen that the Democrats would come and campaign, get the blacks to vote Democratic. They started lying, and the blacks started selling drugs more in the seventies.

RUSH: To create dependency, is that what you mean? This is how they do it?

CALLER: Exactly. Exactly. And it’s again going on ever since the mid-sixties, and I seen it in the seventies and the eighties all the way to today. They felt that the black people was gonna be dependent on the Democratic Party.

CALLER: Exactly. Exactly. And that’s why the Democratic Party get about 90% of the black vote, because they keep the black kids on drugs and have abortions. They felt that as long as the blacks didn’t get no education, they wouldn’t worry about the blacks moving up and moving into good neighborhoods.

RUSH: They keep the bad schools open, that’s for sure.

CALLER: Exactly. Keep the bad schools open and everything. Organizations like the Urban League, NAACP, the Black Hawkers, Jesse Jackson, they was there to make sure that the blacks kept voting Democratic. And it’s still the same way. 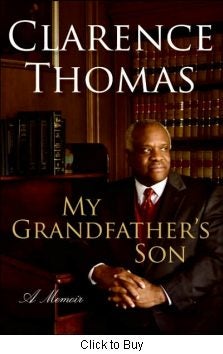 RUSH: Now, that’s true. I know the deal. I first became aware of it during the fight over Clarence Thomas nomination Supreme Court. Paul Weyrich took me aside and said, “Let me tell you what’s going on. What going on is the civil rights coalition has its seat of power at the Democrat Party, and it’s got to do a bunch of things in order to keep that seat. One is turn out the black population voting Democrat, and the biggest threat — the biggest threat to that — is to show an independent African-American rising to the top who’s not a liberal Democrat.

“One who didn’t use affirmative action, who didn’t get propelled there by the Democrat Party.” That was the biggest threat to the existing civil rights coalition: Clarence Thomas was gonna be the most powerful black man in the country if he just it to the Supreme Court. That’s how it was explained to me that he had to be destroyed. Because it — it would upset way too much that had already been put in place to keep people like Jesse Jackson, Ralph Neas at People for the American Way and all these civil rights people at their positions of power and value in the Democrat Party.

RUSH: Well, so what happened to you? I mean, you fell out of this.

RUSH: How could you have been?

CALLER: But I never knew it.

RUSH: How could you have always been conservative when you’re involved in the black pride movement?

RUSH: Isn’t that a shame that that’s “the old school”?

CALLER: Yes. We were together. We had a farm. We believed in Christ.

RUSH: That’s a shame: The old school was when your parents stayed together.

CALLER: They stayed together.

RUSH: Or at least there were two adults in the household. Yeah.

CALLER: We went to church every Sunday. We believed in morality.

CALLER: We believed in doing our fellow people right.

RUSH: Well, what do you think we’re headed for? I’ve got about a minute max I’ve got left here. Where are we now? Obama is running for reelection. Second term, there it is right in front of us?

CALLER: Yes, and it’s sad because I’ve been in the Tea Party in Ohio and I’m doing everything I can to help defeat Barack.

RUSH: Wait a second. You are in the Tea Party in Ohio?

RUSH: Have any union thugs come along and tried to beat you up?

CALLER: They be acting up, but we haven’t had trouble.

CALLER: I haven’t came across it yet.

CALLER: It’s hurting blacks all over. We’ve had (garbled) abortions in the black race.

RUSH: It’s incompetence, too. Well, look, I’m really glad you called, Barnes. I appreciate it. Really. You know what? I’ve got an engraved EIB iPad here, and I’m gonna send you one if you don’t have one. Well, even if you do, I’ll send you one. You give it away if you’ve already got one. Hang on. Snerdley’s gonna get your address. We can send it out to you maybe even for Saturday delivery.