RUSH: I was just made aware there’s a commentary piece at Bloomberg by a member of their editorial board, a guy named Christopher Flavelle. The headline of his piece, “Who Cares if the Public Doesn’t Support Obamacare?” Right. Exactly. Who cares. “Republicans seeking to shut down the government over Obamacare are right about one thing: More Americans oppose the law than support it. Does that make it less legitimate? Or is it the new — and worrisome — normal for important government policies?

“If public support were a prerequisite for government action, the U.S. would be in serious trouble. A poll last week showed that just one-third of Americans think the Federal Reserve has a significant ability to promote economic growth. As Binyamin Appelbaum noted delicately in the New York Times, that puts most Americans at odds with economists, who generally agree the Fed has helped, but disagree about how much.

Another recent example of the public good colliding with public opinion is the 2009 stimulus — an $830-billion package of tax cuts, infrastructure spending and state aid that saved the country from an even deeper recession.”

You see, right there. Mr. Flavelle, I don’t know who are, and I don’t mean that insultingly. I just haven’t heard of you. But that is not what the stimulus was. The stimulus was not a package of tax cuts and infrastructure spending and state aid that saved the country from an even deeper recession. This was a money-laundering scheme to prop up union jobs and to keep them from being lost. The vast majority of stimulus money went to union jobs, government union jobs in all the states.

Where was all this infrastructure spending? If we can’t even report in a story about public opinion really doesn’t matter, in an opinion piece which says, look, we can’t be governed by what a majority of American people want, we’d never get anything done that way. And then to misquote what the stimulus was all about. The American people didn’t want the stimulus because they knew what it was. You can’t stimulate something by taking something out of it and then putting it back.

“Americans railed against the stimulus, while favoring its component parts. … The public’s view on Obamacare is a continuation of the same trend. A poll last year showed that while 56 percent of respondents opposed the law, strong majorities supported some of its main components. That includes 82 percent who favored preventing insurers from denying coverage to those with pre-existing conditions.” Yeah, but then if you look those are called the high-risk pools, and if you look at the number of people who signed up for ’em, it’s nowhere near being similar to that 82% who favored the policy.

So he says here, “If officials can’t persuade the public that something is a good idea, even if it accomplishes a goal the public favors, should they still proceed? Is good government better than popular government?” This whole piece is written to basically claim that public opposition to Obamacare really doesn’t mean anything, it’s not important, and it shouldn’t be considered. We can’t let majority opinion, not just in polls, but however it’s found, expressed — in other words, the elites know best. They are the ruling class and they can’t be bothered with what you think because you just don’t know. You just don’t know enough to know what’s good or bad for you. You don’t know enough to know what’s good or bad for the country. 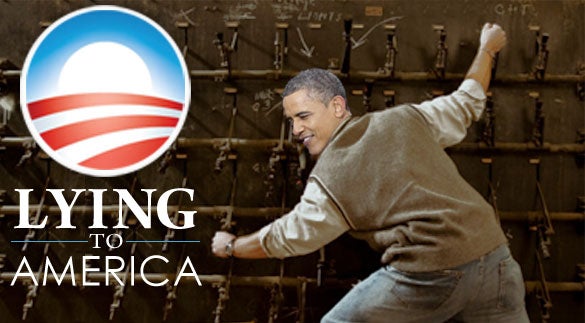 So it’s up to politicians to make you think that they are taking your opinion into account while they go ahead and do the right thing anyway. And I think this is a very nice encapsulation of the whole divide here that exists. Let’s take this business of Congress being subsidized in Obamacare. If every American knew it and was then asked about it, I dare say that a huge majority would oppose it. But we would probably be told, “Well, that doesn’t matter because these are our leaders, and they’re doing everything they’re doing for us, and we’ve got to make it so that they can remain in their jobs undistracted by normal, everyday concerns, because they are so important to us.”

By the way, I still maintain that if you want to do anything legislatively here on these continuing resolutions, make the Democrats defend the idea that members of Congress and the people that work for them will have their health care subsidized up to 75%, make the Democrats defend that. That’d be akin to making them defend the way the House bank operated. If you weren’t around for that, 1988, 1989, it was learned that members of Congress could write endless amounts of checks to either pay bills or for cash when they did not have the money in their accounts to back up the checks. It didn’t matter. The House bank covered it all, and there were these IOUs that built up, which in many cases never had to be paid off.

At end of the day it really didn’t matter what a congressional salary was because many of them were not living within it anyway. They were just able to write checks whenever they wanted to. They were able to convert donor checks to personal use by running the checks, if you will, washing the checks at the House bank. Now, that was easily understood. When people found out about that, all hell broke loose, and that is one of the reasons the Democrats lost the House four years later in 1994 in those elections. It took a while, but then there was the House post office scandal.

Well, this is much the same. It’s not quite as outrageous. This is not these people writing themselves money, but members of Congress, who make far more than the average or mean salary in this country, are claiming that Obamacare is simply too expensive. They need it subsidized. And they were told by Obama that that’s fine, he’ll see to it that their health care gets subsidized. So members of Congress do not have to live under the terms of the law like you and I do. If most people knew that, they’d probably object to it, and then we would hear, “Well, that doesn’t matter. When it comes to running the country, we can’t just –” By the way, I understand this to a certain extent. That’s what a representative republic is. We’re not a democracy in that sense, and we don’t throw things up to popular vote.

But you remember 2007 and amnesty? I mean, American people rose up, they wanted no part of it, and they shut it down. And that ticked off the elites at the same time. So there are a number of things happening in the media today that are being constructed to defend the Democrats and Obamacare and everything happening here in relationship to this shutdown. None of it was unpredictable. It was all very predictable. And the Republicans knew this going in. But now they’ve made the stand here they can’t back out of this. They can’t be the ones to blink. But the pressure on ’em is incredible.

Let’s go back to the audio sound bites. Dan Pfeiffer, who is the White House senior adviser for communications, was on with Wolf Blitzer this afternoon. Wolf said, “The other day you were suggesting it was almost like terrorism, what these Republicans are doing.” And he said, “Dan, those are pretty strong words. I wonder if you wanted to correct the record or give us an explanation of what you meant by that.”

PFEIFFER: That’s not my metaphor. It’s a metaphor the Republicans themselves have used. Senator McConnell said two years ago that the global economy was the hostage worth taking. Other Republicans have said on the record that they were willing to, quote, “blow up the economy” and use that as leverage to get what they want. I don’t know how else you want to describe their position.

RUSH: Really? I don’t remember. I’m pretty much aware. Mitch McConnell doesn’t talk that way. Mitch McConnell said two years ago the global economy was the hostage worth taking? He might have been talking about Democrat policy. This might be something totally out of context. Mitch McConnell doesn’t talk that way. Anyway, Blitzer then said, “Well, a lot of people have raised this, Dan, and I asked my Twitter followers what they would ask you and a lot of people pointed out the administration already has delayed implementing various parts of Obamacare, as it’s known. Why not delay a little bit more and just get it ready? There have been last-minute glitches even as we know these last few days. Why not take some of those steps in order to make sure the government as a whole doesn’t shut down?”

PFEIFFER: There are millions of Americans who’ve waited years and years and years to have access to affordable health care. They have lived every day in fear of being one disease away from bankruptcy. They have foregone health care that they needed because they couldn’t afford it. Starting tomorrow they’ll have a chance to access that. Why should we delay that process just so the Tea Party Republicans can finish the grieving process over the 2012 election? I don’t think it’s fair to ask those people to wait to get the health care they need and deserve. That would be denying millions of Americans, many of whom live in the districts of these Republicans who are forcing this shutdown, denying them access to health care.

RUSH: See, there you have it again, the Republicans want to deny millions and millions of Americans health care. That’s what they want to do.