RUSH: Former President Jimmy Carter said yesterday that the income cap — grab sound bite 23. This is Jimmy Carter. This is yesterday on the AP website. They released an interview they did with him in Oakland at a Habitat for Humanity construction site. Is he back to doing that? Oh, he never quit doing that, then? Thirty year anniversary for being with Habitat for Humanity, not 30 years married? It’s longer than that. So he and Rosalynn celebrated 30-year anniversary of Habitat for Humanity. So he’s in Oakland and AP interviewed him, and they put a little bit of the interview on their website. This is what Jimmy Carter said about the economy and the disparity between the rich and the poor. 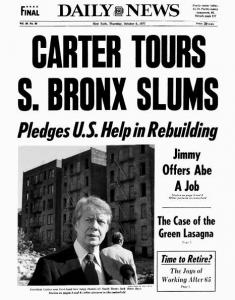 CARTER: Compared to when I left the White House, the difference is twice as great as it was between the richest people and the poorest people. And the middle class has now become more like poor people than they were 30 years ago.

It’s amazing. Democrat Party policies move everybody downward. That’s why the gap is what it is. The rich always get richer. That’s a mathematical reality. There’s nothing you can do about it. The rich already start out with more money and they invest it and it grows and it’s just the way it works, and some of them lose a lot of it at the same time, too. So the rich getting richer, that’s just a fact of life. It’s not universal. Some of them go broke and lose everything. But the fact is that the gap between rich and poor is due to the middle class and the poor getting poorer. And that is a result of Democrat Party policies. 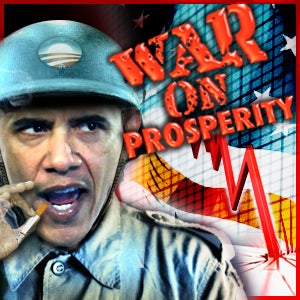 Folks, this is not even arguable. Just look at the employment numbers. Look at the number of jobs lost, look at the number of jobs converted from full-time to part-time because of Obamacare. What do you think that means to income? People earning less. They’re not getting raises. They’re losing hours. Ninety million Americans are not even working. More and more Americans than ever have gone through their unemployment, 99 weeks, and so they sign up for Social Security disability. They think it’s the only way they can survive. When Jimmy Carter was around it was so bad we had to have a misery index to calculate it. Inflation, unemployment, interest rates sky-high.

I always said that the Obama presidency would be Jimmy Carter’s second term, and it is. I’m amazed. Here’s this former Democrat president celebrating 30 years at Habitat for Humanity, in the midst of an absolute — what in the world has happened to my TVs? I think Samsung is hacking, something’s going on in here. Server not found on both of them? I haven’t touched anything. This Samsung stuff, I don’t know. I wish Apple would come out with a TV. Anyway, now “network not connected, check network settings, use Internet service.” What in the world is happening? Really, folks, my TVs are acting like computers that can’t find the Web. It is the most curious looking thing, “server not found, please check for the following, check for typing error in URL.” It’s a TV set.

Anyway, I have not lost my place. I don’t know how it is that a Democrat president, after five years of Obama, can sit there and start talking about how poor everybody’s getting and not understand why. They’re just trying to basically rip the country. The country is at fault. The country is not right. All these mistakes that Bush and the boys made and we gotta go back. It’s all part of the Limbaugh Theorem, but it’s just amazing to me. Now, he’s not the first. Somebody else did it last week, talked about this gap between the rich and the poor. It is widening and it’s because the middle class and the poor are getting poorer. They’re losing their jobs, for crying out loud. They’ve been losing their jobs for five years.