I think they’re New Yorkers, and they’re just fed up, and they’re upset. Now, they’re not upset at Cuccinelli. Cuccinelli is a great pugilist. He does fight back. That’s why this group put the ad together. But I think the ad hasn’t run in a while, and it may be a question of money. But I have audio of the ad. Well, I watched it on television, watched the video, and I decided that even though the graphics that support the audio aren’t here, I wanted you to hear it anyway, because they’ve researched this ad. 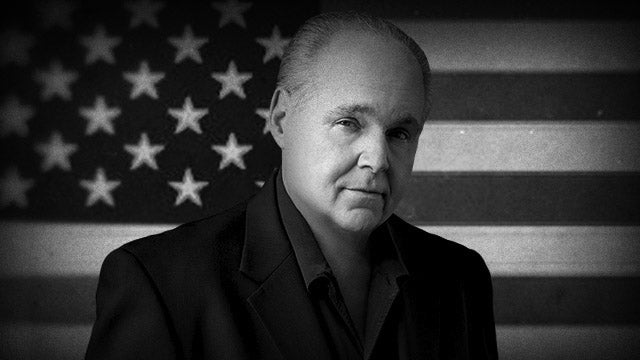 They focus-grouped this ad among voters in Virginia, and it causes a massive change of intention to vote from McAuliffe to Cuccinelli. Massive. In some cases, eight-point swings. McAuliffe ends up minus four after this ad and Cuccinelli ends up plus four. In some cases, it’s a bigger swing than that, so here’s the ad. There’s no moderation here, there’s no bipartisanship, there’s no appeal to getting along. This ad basically says to Terry McAuliffe and the Democrat Party, “We’re not gonna let you Detroit us. We’re not gonna let you turn Virginia into every place else you’ve run into the ground.”

Here is the audio of the ad.

ANNOUNCER #1: Democratic candidate Terry McAuliffe is a stand in for a national power grab by the Gang of Five. Just as the Obama administration uses federal agencies to suppress dissent and violate the civil rights of their political opponents, these extreme liberals are smearing Republicans because they have a hidden far left agenda. The Gang of Five is bringing divisive, Chicago-style politics to Virginia. McAuliffe is an embarrassment, yet he gets a free ride from the elite media because he’s being propped up by the Clintons, Obama and the Gang of Five.

They will continue political smearing, spending millions to impose a New Yorker and left wing embed on Virginia. Tell these McAuliffe puppeteers: “This is Virginia and we won’t let you Detroit us with taxes and debt; you will not California Virginia with regulations that kill jobs; or Hollywood our families and schools; you will not bring District of Columbia tax and spend to our state.” Tell them: “You can’t have Virginia.”

ANNOUNCER #2: Fight For Tomorrow is responsible for the content of this advertising.

RUSH: Now, I’m sorry. I didn’t make a note of who the Gang of Five is, but they’re media people. Chris Matthews is one. That’s one face I remember. But the Gang of Five is basically liberal media types, and maybe a couple of politicians in there who are constantly propping up people like McAuliffe. McAuliffe is a bagman now running for governor. We used to call him The Punk here when he was the chairman of DNC running the operation for it is Clintons.

It’s out-of-state people who are doing it. But here’s the swing on this vote, the ballot movement, after people view this ad one time. Republican voters increase for Cuccinelli by plus eight. Democrat voters increase for Cuccinelli plus four. It creates a massive swing for Cuccinelli. Independents, plus two. Women, plus four. That means McAuliffe loses four points among women when this ad is seen by people in the focus group. Men, a plus-five swing. People over 40, plus-six swing. The overall ballot is a plus-five swing.

The ad was done by a group called Fight for Tomorrow, and it’s a group independent of Cuccinelli. Now, listen to it again and tell me if this isn’t what you think the Republican Party ought to be doing about every Democrat candidate. (replaying of bite) Fight for Tomorrow is the group. Again, it causes massive swing, overall plus five, to Ken Cuccinelli, who is a conservative, a good conservative Republican candidate in Virginia.