This Made Me Jump Off the Couch

RUSH: This is the one that almost made me come out of the couch.

OBAMA: In the coming months, let’s see where else we can make progress together. Let’s make this a year of action! That’s what most Americans want: For all of us, in this chamber, to focus on their lives, their hopes, their aspirations. What I believe unites the people of this nation — regardless of race or region or party, young or old, rich or poor — is the simple, profound belief in opportunity for all, the notion that if you work hard and take responsibility, you can get ahead in America.

RUSH: Now, let me first translate this. “In the upcoming months, let’s see where else we can make progress together.” This is after a series of lies about the great economic recovery and the burgeoning job market and the overwhelming uptick in America’s economic activity all over the world. “Let’s make this a year of action,” and that’s when I said, “No, no, no. No, no. You’ve done enough.” Obama: “That’s what most Americans want, for us all in this chamber to focus on their lives, their hopes, and their aspirations.”

Well, only if you’re going to actually pay attention after you focus.

But we don’t want you doing things for us.

Obama: “And what I believe unites the people of this nation regardless of race or religion or region or party, young, old, rich, or poor…” You’re trying to divide everybody on that basis. He’s got women versus men, blacks versus whites, rich versus poor, religious versus agnostics. The whole country is roiled because this is an administration which pits groups of people against each other. Class warfare, class envy, demonize achievement, demonize success — which he denied last night, but he does it.

Here again, “the notion if you work hard and take responsibility, you can get ahead.” He doesn’t believe that be with but he knows you should have been and that’s why he platitudes it. But he doesn’t believe it. He thinks… Folks, don’t doubt me on this. I know you think this is a really strange thing to say. Most people cannot possibly imagine a president that doesn’t believe that. That’s as American as anything else is. But I am telling you, he doesn’t — and he’s not alone.

The vast majority of leftists believe that hard work is a sucker’s play, and they will say, “Look at the middle class! They’ve been working for 30 years and haven’t been gaining any ground. They’ve been working hard! Look at our union buddies. They work and work and work, and who’s getting the money? The Wall Street fat cats,” in their view. Now, while he says in the speech “we don’t demonize achievement,” he does. 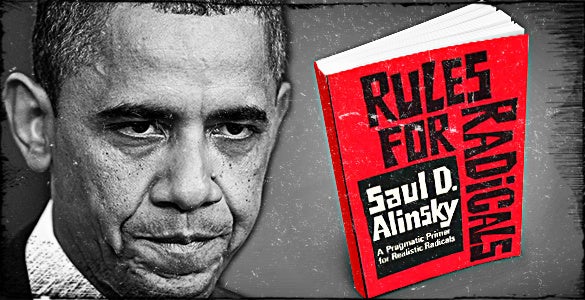 Every day for five years he has been impugning achievement, accusing the rich of not sharing, accusing the rich of stealing from the poor, accusing the rich of having no compassion — and that’s why he’s gonna raise their taxes, ’cause they’re not gonna give their money away as he thinks is proper, unless they’re forced to. He really believes that you don’t get ahead by hard work. He thinks that is a trick that has been played on Americans since the beginning of the founding.

He thinks the game’s rigged and that only a select few get ahead and stay ahead and their kids. Those people then guard it, make sure nobody else can get in the gate. That’s fundamental. That’s Community Organizer 101. That’s why Saul Alinsky was Saul Alinsky, is that belief. That the game’s rigged. The successful are winners of life’s lottery. They haven’t worked hard for it! We do not want Congress and the president working together on our behalf. We see what happens. Obamacare, you name it.

It’s one disaster after another.