That’s how prejudiced they are and short minded. You have some of the Drive-Bys who know full well what they’re doing and they’re working with the regime to cover it up. Then you have real activists in the Drive-Bys who know exactly what happened and who fear the truth coming out and are going to do everything they can to protect Obama, including trying to lay the blame off on Republicans somehow or the military, or the video that nobody ever saw. Here’s Dr. Krauthammer, who was last night in the roundtable, the all-star panel, Special Report with Bret Baier who said, “A few weeks ago Dr. K you said right here on this panel that Republicans should move on, that they should kind of leave Benghazi alone, that it was a dead end. Have you changed your mind?”

KRAUTHAMMER: Yes, because of the appearance of this memo. It’s, to me, the equivalent of what was discovered with the Nixon tapes. What’s changed now, and we saw it in the briefing room, is that I think the other media are somewhat embarrassed by the fact that, unlike Fox, they allowed themselves to be stoned and spun and rolled for a year and a half. And now the memo appears and it’s obvious that they missed this story.

RUSH: Now, two points here. Dr. Krauthammer admits that two weeks ago he was in the Pelosi camp. “Benghazi, let it go. There’s nothing to see. It’s two years ago. There’s nothing to talk about. Let’s move on.” Then the memo came out. The memo shows that there was a massive cover-up. The memo shows that the White House knew exactly what happened and was trying to protect Obama from it, with Susan Rice being briefed. And Dr. Krauthammer says that’s the equivalent of the Nixon tapes being discovered.

The Nixon tapes were big. The 18-minute gap, Rose Mary Wood, the secretary, Nixon taping all the people, Haldeman and Ehrlichman. It’s what enabled Woodward and Bernstein to go. I still like my comparison that the Drive-Bys of today are the equivalent of Woodward and Bernstein helping to cover it up. When Dr. Krauthammer says the other media are somewhat embarrassed because they allowed themselves to be stoned spun and rolled for a year and a half. Now the memo appears, it’s obvious they missed the story.

He knows some of those people and I don’t. So I’ll have to acknowledge that he may have a point here. My instinct, though, is that the Obama media didn’t have to be spun. The Obama media, on anything, doesn’t have to be spun and rolled. In fact, bear with me on this because I only read this once. You may have seen it. I, of course, did not. I had to read about it. Brent Bozell was on Fox one night this week on the Megyn Kelly show. He had a transcript of e-mails back and forth between somebody in the White House and a Drive-By reporter.

The Drive-By reporter and the administration official in the White House were both ragging on Fox. They were watching Fox. They were watching the O’Reilly Factor and they were e-mailing each other back and forth. O’Reilly was going back and forth how Benghazi was a big thing and the media was missing it and clearly the video had nothing to do with it. And these two people, one a Drive-By reporter, the other an administration official, were both writing back and forth about what BS Fox was talking about.

It was clear from these e-mails back and forth from the reporter, I wish I could remember who it was. That’s right, it was Victoria Nuland. AP reporter Matt Lee and Regime official Victoria Nuland, State Department. They’re writing back and forth. E-mails to each other about what a bunch of BS is on Fox as O’Reilly is discounting the Regime theory on the video explaining why there were protests in Benghazi and that’s why the ambassador is dead. So the point is you have a State Department spokesman, or official, writing back and forth with a news media person, Matt Lee. If you read it, it’s clear that Matt Lee from the Associated Press is offering his assistance to the regime.

My only point in bringing this up is the media didn’t have to be spun. The media didn’t have to be rolled. I’m not criticizing Krauthammer, please don’t misunderstand. I’m disagreeing with the role of the media here. They’re totally already in the Obama camp. They are Obamaites first and journalists second. They’re liberal Democrats first and journalists second. They’re not even journalists anymore. So you have Victoria Nuland at the State Department and this Matt Lee guy and they’re watching O’Reilly and O’Reilly is making all the sense in the world about the video not being responsible for anything here, and these two people are writing back and forth about what a bunch of BS is on Fox.

Now, the AP reporter, he doesn’t know from anything. He’s not asking the State Department babe, “Hey, is what I’m hearing on Fox right?” He’s not asking the government official, “Hey, could O’Reilly have a point here? Maybe the video doesn’t have anything –” No, the AP reporter was already in bed with the State Department official, and they were already conspiring with each other on how to make sure nobody believed the Fox report or the Fox version of things. They wanted to make sure that the Fox version of things remained marginalized and isolated. I don’t think the media has to be spun, and I don’t think they’re embarrassed now. I don’t think there’s any regret that they missed this story.

The regret is they weren’t able to successfully cover it up. If anything, the Drive-By media is gnashing its teeth over the fact that the original Fox and anti-standard media version of this, my version, is the one that’s real, that the regime has been lying. They’re mad that that has been learned. So now they’ve gotta cover it up. So we’re into the cover up of a cover-up now. The media is not interested in the truth of this story. They never have been. This has been a circle the wagons event from the get-go. From the night of the Benghazi attack, this has been a circle the wagons moment. Now they’ve gotta do it again. 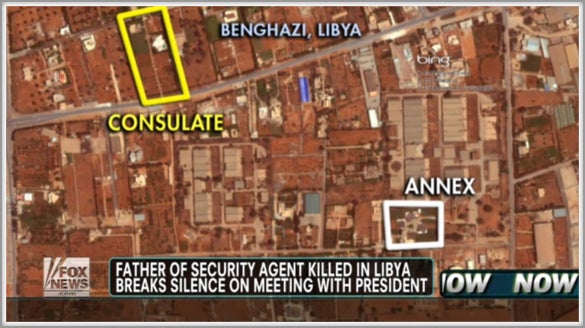 Here’s Ed Henry. Let’s stick with the sound bites. This morning on American’s Newsroom Bill Hemmer is talking to Ed Henry, the chief White House correspondent for Fox. Hemmer said, “Is it your sense that more reporters who are in that briefing room or even your casual conversations — are they more dialed in on the story now or not?”

HENRY: Some of my colleagues will privately say, “That’s a Fox question,” if you’re pursuing Benghazi. I don’t care what you label it. If it’s a fair question and there are lingering questions about what really happened that night and how the White House talked to the American people about what really happened, let the chips fall where they may. You don’t have to push anything politically. Just ask fair and tough questions.

RUSH: He’s saying most of his fellow correspondents say, “It’s a Fox story,” and they’re not following the details. They’ve moved on. It’s a non-story. Their version of covering it up is to not report on it. Their mechanism, their method of covering it up is not to report on it in the original stages, and just leave it as a Fox or alternative media story.

That’s what Hemmer wanted to know. Well, where are they now? The memo is out so everybody knows the original version of this thing was BS. So Hemmer said, “I’m not looking for gossip, Ed. But in your casual conversations — not what they’re reporting, but when you talk to these other reporters up there — are they dialed in on Benghazi or not?”

HENRY: There’s a lot of issues out there that you and I cover and everyone else — health care and the economy — that are also important. So it’s not like every reporter in the White House press corps has to be dialed in on every last detail. But, frankly, I’m not sure many follow this that closely. Some people have, frankly, moved on.

RUSH: You can tell that Ed doesn’t want to distance himself too much from his colleagues. Well, you know, Bill, “There’s a lot of issues out there that you and I cover and everyone else — health care and the economy — that are also important. So it’s not like every reporter in the White House press corps has to be dialed in on every last detail.”

See, he had to pay his dues. He had to acknowledge this. He’s gotta stay their colleague. I mean, he works in the same room. He doesn’t want to be ostracized. But bottom line is he finally admitted, “Eh, they didn’t follow this. They didn’t follow this closely. Now they’ve moved on.” It is a cover-up of a cover-up now. Now it’s serious.

They have another election coming up, folks.

The Drive-Bys are not going to turn on Obama on this.

They’re not going to turn on Obama on anything!

Grab sound bite number eight. This is CNN’s New Day and correspondent John King talking with one of their reporters, Anna Palmer. King said, “The Republicans want to call John Kerry to testify about this. They’re saying if they can talk about the Senate, they would like to have a select committee look into it. The Democrats are saying — especially with the White House taking the lead — old news, all politics. Who is right?”

PALMER: This is red meat for the Republicans, right? When they are looking at the November elections, they want to turn out the base, and this is exactly what they do. Democrats, they’re trying to make light of it almost. And I don’t know whether that’s going to probably, almost, inflame the right even more.

KING: Risky! Risky to make light of it. An ambassador and three other Americans died in Benghazi.

RUSH: Yeah. You hear this reporter, this infobabe Anna Palmer, and it’s still political. Four people are dead and still, in her world, it’s all about voter turnout who can win the issue and turn it to their advantage in November. The substance of the issue is of no concern to her. I’m, frankly, a little surprised that John King said it’s “risky to make light of it. An ambassador and three other Americans died in Benghazi.”

Well, they are making light of it and they’re going to keep trying to as long as they can.