Reminder: Clinton and Obama Promised to Protect Disarmed Ukraine from Thugs Like Putin

RUSH: This Chuck in Johnson City, Tennessee. Great to have you on the program, Chuck. Hi how you doing today, sir?

CALLER: All right. I just wanted to make a comment and ask a question, and then I’ll hang up and see what you gotta say about it.

RUSH: Well, no. You don’t have to necessarily do that.

RUSH: I mean, I appreciate that you think people want to hear what I have to say about it, but I don’t mind talking to you about it.

CALLER: I wouldn’t have even known about any of this if your buddy F. Lee Levin hadn’t mentioned it the other day. But he was talking about a treaty that we had with Ukraine in ’94, when they gave up their nukes.

RUSH: Okay, exactly right. We had a treaty, and this goes back to Clinton.

RUSH: We had a treaty. We urged the Ukrainians… We demanded that they disarm. And in return, we promised to defend them should Russia or Putin or a neighboring enemy attack them.

RUSH: That has been renewed through Bush 43 and Obama, and now it’s as though it doesn’t exist!

CALLER: Didn’t the Russians actually sign that treaty as well?

RUSH: They did, yes.

CALLER: What I understood —

RUSH: The Nonaligned Nations got together at the Paradigm and, yes.

CALLER: Well, with that being said, I think this administration is at least indirectly responsible to some extent for that airliner being shot down ’cause they shouldn’t have been shooting to begin with, and I haven’t heard anyone mention anything about any treaty. 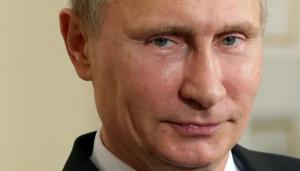 RUSH: Well, you know, I never want to make the mistake of denying proper responsibility. I mean, the people who shot it down shot it down, and they did it, and whether there was a treaty or not, they did it. The point about the treaty… I remember when I first discovered it and made mention of the news on this program. It was back this spring when this whole thing began.

Until I was reminded of it, I did not know that it existed, and the point is exactly what we’re talking about today. We had pledged to protect Ukraine with a number of other nations, in exchange for the Ukrainians disarming — ’cause we believed that, of course, countries with weapons is a bad thing. We’d get rid of their weapons and that would make them docile.

They would not be aggressors and they’d focus on their domestic circumstances improvement, and in exchange we offered — as the big guy on the block — to defend ’em. The time came, and we weren’t there. It’s part and parcel of the theme that has developed on the program. Now, whether or not that led these people thinking they could shoot the plane down with impunity, I think these Russian terrorists would do something like that anyway, and run the risk of a response.

But the fact that they’re pretty sure there isn’t gonna be one doesn’t help.