RUSH: Look, there’s a larger point here. I thought you guys would be chewing my head off by now, but let me look at the roster. Two… three… Okay, there’s one.

I have two up there that I thought I was gonna get right off the bat who think I’m sabotaging the Republican Party with my analysis so far. In fact, let’s grab one. Aubrey in San Angelo, Texas. You gotta be going there to get there. You’ll never accidentally run into San Angelo, Texas, which is a good thing about it. It’s a great place to go hide. Aubrey, welcome to the program. How are you.

CALLER: Thanks, Rush. I’m good. How are you?

CALLER: Right. I’ve had some of these — quite a few of these — days because, I mean, you’re the guy that takes up for the conservatives and the Republicans. Lately, it seems like I will turn you off a lot, because I get tired of hearing Republicans run down, even though they may deserve it.

RUSH: Now, Aubrey, nobody turns me off here. I’m the only guy on radio you never get tired of listening to. Nobody ever turns me off.

CALLER: Well. (chuckling) I mean, you know, if you’re not getting played… If you start to get upset… The thing about it, Rush, is like this Politico article.

CALLER: Okay, now, most of the time, when you bring The Politico up, you run ’em down.

CALLER: In the end. But today, all of a sudden, they know exactly what they’re talking about. The article, to me, would depress our turnout and encourage these Tea Party people to stay home. So even if it’s correct, it doesn’t need to be aired because tomorrow is the most important day we’ve had. We’ve had six years of this Obama guy.

CALLER: It’s critical that we win.

RUSH: Let me ask you. It’s a good… It’s a fair point. You’re asking me to be an editor of sorts here and to understand that there’s some news today that might actually be counterproductive to our side, and I should maybe downplay it a little bit. 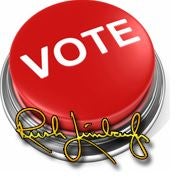 RUSH: But this Politico piece, have you read it?

CALLER: No. I wouldn’t have read it. I wouldn’t even have heard it if it hadn’t been for you.

RUSH: Well, the only reason you don’t hear me talking about Politico much is because it’s a Democrat Party house organ.

RUSH: But the reason that this stood out to me today is ’cause the sources are all Republicans. They’re unnamed. These are unnamed Republican sources here that are talking about this.

CALLER: I know. But it’s just like, from this talk show this morning, Laura Ingraham, Glenn Beck. They’re all saying things about what the Republicans are gonna do, how bad it’s gonna be, how they’re gonna double-cross everybody when they get elected. All that’s doing is depressing our turnout. So I turn over to you — and it’s the first time I’ve ever called you.

RUSH: Wait a minute. Let me ask you, and I want you to answer this honestly.

RUSH: Do you think — it seems to me, four million people, four million Republicans did not vote in 2012, and it wasn’t because of anything I had to say. It wasn’t because of anything I did. I was out there stumping. Once Romney became the nominee, he was my guy, and I was refuting all the lies they were telling about him, and I was telling all of the positive stories I knew about Romney and his family. And still, four million people made up their own minds, despite what I was saying, four million Republicans decided to stay home and not vote, and they were later found out to be people that wanted to teach the Republican Party a lesson. Now, I don’t think I’m gonna have any impact on turnout here. It’s not as though Republican voters do not know what the party is or isn’t doing. Are you gonna stay home?

CALLER: I always vote the first day of early voting, but, Rush —

RUSH: Then why am I not persuading you to stay home but you think I’m gonna persuade all these others to get mad and stay home or get depressed?

RUSH: Wait a minute. You know how these Tea Party people think?

CALLER: I see what they say.

RUSH: You sound mad at the Tea Party.

CALLER: Well, I’m not mad at ’em, but I’m telling you they’re not a bunch of saints and the smartest people in the world. A big part of ’em are kinda new to the party, as a matter of fact. And a lot of ’em are naive. They believe whatever they read on the Internet, a bunch of ’em will believe it. You can refute it with facts, and they still will not believe you. They’ll tell you Snopes is a —

CALLER: I’m telling you, I’ll send ’em an e-mail when they’ll send a fact — something like congressmen don’t pay into Social Security. I mean, just facts that are wrong, and you cannot convince ’em that if they read it on the Internet, three-fourths of these Internet e-mails come out are full of incorrect things. And when you send ’em out you ruin your credibility.

RUSH: When I send them out?

CALLER: No. When a person does. And I try to tell these people that, because they’re on our side. Don’t send this stuff out that’s wrong because it hurts our credibility, the conservative portion of the people’s credibility, when you send things are just factually wrong out.

RUSH: This is fascinating. Tea Party people are kooks. Well, he didn’t say kooks. I don’t want to put words in Aubrey’s mouth. You can’t tell ’em anything, they’re single issue, they refute facts, they’re not very informed, naive, this kind of stuff. They’re not the brightest people. Exactly right. And of course they’re all sitting out there waiting with bated breath for me to tell ’em what to do, which — and they send out bad e-mails, yeah. Can’t talk to ’em. Can’t talk to ’em. Anyway, folks, I’m sorry. I’m up against it on time. I have to take a break. Aubrey, thank you much. We’ll be back and continue after this. But let me just remind everybody of something.

I, knowing full well the very narrow line I’ve been walking here. And it’s really not all that narrow because the thing is, I am fully aware, you people are bright, you make up your own minds. You’re not mind-numbed robots waiting for me to tell you what to do. You’re gonna vote or not based on your own inclinations. The point that I made earlier was, do not not vote to send anybody a message or teach a lesson ’cause it’s not gonna happen. This election is about stopping Obama. It has to happen. And it can’t happen if the Democrats don’t lose.

It may not happen, the Republicans may end up, I don’t know, not wanting to continue to oppose him, but that’s something we can’t know. We have to stop the Democrats. They have to be defeated. And the only way to do that’s to vote against them. And you don’t do that by staying at home.

RUSH: So you see how this is shaping up, folks? Our good old pal Aubrey from San Angelo, Texas, just essentially blamed me if the Republicans lose, because I, in not full-throatedly supporting the Republican Party, will cause you to get mad because I’m telling you what The Politico story says, and that’s gonna make you so mad you will stay home. Therefore it is my fault, in his view, that we will lose.

Now, I am very wary of getting much deeper into this, because I don’t want to lose sight of the objective. The objective here is stopping the Democrats. I don’t care if the Republican Party isn’t ideal and perfect. If we don’t stop the Democrats, everything else is academic. There is no upside for the Democrats winning. There is no upside. There’s no way to teach the GOP establishment, if you think this is necessary, a lesson by not voting.

I’ve heard this theory ever since I’ve been alive. We need to not vote. We need to let the Democrats win. We need to let people find out how bad it is under them, and that’s why they’ll never vote for them again. Well, we’d have never gotten Obama if that theory had any validity to it, because we had people that voted for Clinton instead of Bush 41 ’cause they were mad at Bush 41.

Now, there are members of the Republican Party who have said, in the heat of battle, they want to crush the Tea Party. I have not said that; they have. I’m not a bad guy for telling you that. Am I supposed to suppress the bad news coming out of our party? That’s what Aubrey wants me to do, is to suppress the bad news because so many of you are mind-numbed robots that you’ll get so mad, you won’t vote. So the way this manifests itself, Mitch McConnell or whoever in the establishment, you know it as well as I do, they have trashed the Tea Party. They have blamed the Tea Party now. They have, not me. They have. Then, if the Republicans don’t do well, it’s gonna be my fault.

This is the exact reasoning of the left. This is what the media says, that it’s my fault, guy on the radio. I don’t know. It’s very dangerous ground we’re all on here and the objective is not to teach the Republicans a lesson. You can’t anyway, any more than the Democrats can be taught a lesson. Not this way. The important thing is — and if anybody is confused about where I stand on this, please hear me.

The only thing to me that matters here is stopping Obama and the Democrats, getting them out of office, in positions of power. The only way to do that is to vote against them. You cannot vote against them staying at home. Can I be any clearer than that?

I gotta take a break. I’m sorry for that, folks, but that’s what happens when the time flies because I’m the guy you never get tired of listening to.

RUSH: Hey, look, I’ll tell you something, the Tea Party is not all sweetness and light. The Tea Party has been infiltrated by some Libertarian Ron Paul people, folks. Nothing is clean and pure as the wind-driven snow. It’s why I try to stay focused.

RUSH: You gotta hold… I’m not gonna have time for this guy on line one but you’ve gotta get his number, see if he’ll let me call back. (interruption) He’s upset about the guy from San Angelo? Good! I was hoping that I was gonna get somebody. I don’t have enough time to deal with him. We got a caller upset with the guy from San Angelo, Texas, who I held him long enough and he finally betrayed his animus toward the Tea Party. Now we got a Tea Party guy calling who can’t believe what he heard. Not enough time. We’ll do it tomorrow if the guy grants us the opportunity, permission to call him back.