These Liberals Know What the GOP Establishment Wants from Ted Cruz

Anyway, Axelrod’s speaking to Alex Wagner of MSNBC. They’re talking about the Republican primary race, about whether the establishment would prefer Cruz or Trump to be the party’s nominee. So this is Axelrod, who ran Obama’s campaign, with a commie babe, practically, from MSNBC, Alex Wagner. And here is what the conversation sounded like.

WAGNER: — in November because the implications for the party would be much clearer than if it was Donald Trump at the top of the ticket.

AXELROD: That is true. You have heard conservative Republicans say now for several cycles if we just nominated a true conservative —

AXELROD: — and not one of these center-right moderates in their view — John McCain, Mitt Romney — that we would win. The notion of Cruz gives them a pure test —

RUSH: What these guys go on to say here is that according to the Republican establishment types that they’re talking to, the theory is that they want Cruz to be the nominee. The Republican establishment wants Cruz to be the nominee because they’re convinced Cruz is gonna lose. And if they’re gonna lose, they want a rock-ribbed conservative to lose so that they can then blame it on conservatism.

Because if conservatism is on the ballot, and conservatism loses, then the Republican establishment run around and say, “See, we told you, we’ve been telling you, there is no way we can ever win with a conservative on the ballot.” So I think that’s what they’re hoping for. That would require, of course, Cruz to get the nomination. And for Cruz to get the nomination, appears to be a long shot. Some people think it could happen on the second or third ballot. So if Cruz gets the nomination and go on to lose, why, the establishment, the Republican establishment would be sitting pretty ’cause they can run around, “See? See? Okay, we ran the best conservatives you people said we had, the guy got skunked. That’s why we can never nominate another conservative.” Folks, I have no doubt that that’s what they’re trying to do. No doubt whatsoever. 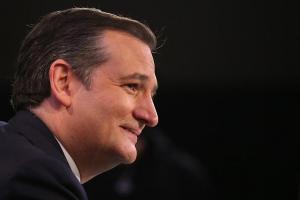 In fact, I have to amend something that I said yesterday. Something I said yesterday was that if Cruz somehow gets the nomination away from Trump, I said the establishment will then do everything they can to take Cruz out, but I have to amend that now because I think they let Cruz get the nomination and then hope that Cruz would then lose to Hillary and then they could say, “See, conservatism loses every time it’s tried. We got you guys, we got the nominee, you said Cruz is the best conservative since Reagan. Cruz gets up there and if Hillary were to win, that’d be the end of conservatism and the Republican Party.”

That’s what these people on Charlie Rose were speculating. And I can’t discount that, folks. I mean, I think they may have a point with that, so I’d have to, again, revise my theory from yesterday. Maybe it was a couple of days ago. If the establishment succeeds in thwarting Trump at a contested convention, and if Cruz happens to pull off magic here with this delegate battle that he’s waging and would happen to win the nomination the second, third ballot, I said it wouldn’t get that far because the establishment move in and try to next sabotage Cruz. But maybe not.

You already got Republicans out there saying they’d prefer to vote for Hillary than Trump and Cruz. So it is something to keep in mind, that the establishment, if Cruz were to be the nominee, might lay down and not offer him that much help, hoping that he lost, so they could forever be rid of conservatism in the Republican Party.

So then it would come down to, okay, whatever polling data do we have, can Cruz or Trump, which of the two can beat Hillary, what does the polling data say, and there’s polling from Fox News today — strange that you should ask the question.