RUSH: The postmortems at the Republican establishment actually have already begun. You ever go to a party and later that night or the next day get together with other people that attended it and you rehash it? It’s the postmortem, and sometimes the postmortem is often more fun than the party. That’s where you go and you rip everybody that you didn’t like at the party. You make fun of everybody for what they did stupid. Well, those things are called postmortems.

And the postmortem of the Republican consultant class has already begun as people are starting to point fingers of blame at each other to explain why Trump was able to come in and hijack this campaign from them, ’cause the consultants, along with the lobbyists and the donors… I mean, they really think… The candidates are just commodities, folks. I wish I could make this understandable. Not that I can’t. It’s just that it’s gonna be foreign.

This not all cases, but the candidate is just a commodity. Have you ever heard these guys talk, “Yeah, he was a good candidate.” What the hell does that mean, “good candidate”? He follows directions; he didn’t go off message. You know, you and I would think a “good candidate” is somebody that can articulate what they believe with passion and could get elected. Likability, all those things. The consultants — many of them, not all — look at candidates as Ken dolls to be molded and shape and presented. 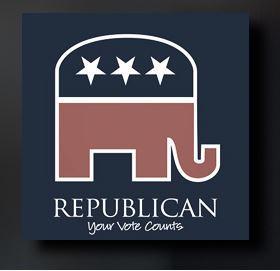 And this is why they’re not allowed to speak other than what’s on the prompter. Everybody’s afraid the candidate is gonna go out there and say something that’s gonna blow everything to smithereens — like, for example, saying that Ted Cruz’s dad met with Lee Harvey Oswald before the JFK assassination. Consultants live in mortal fear of things like that. So Mike Murphy — who’s the consultant-in-chief for the GOP — weighed in on the Today show today about what went wrong.

MURPHY: Trump is selling what the grievance half of the party wants. The big donors, they don’t like Trump, but they don’t want Cruz, either. You know, it’s like, “Give me $3 million to switch from one kind of unpopular outcome to another,” hasn’t been a good pitch.

RUSH: So you see the problem. It’s that half of the party that is the grievance half. That would be you: The grievance party. You got grievances. You got problems with the Republicans. But that’s not the problem. The problem is the donors. The donors don’t know what to do, you see?

CALLER: Yes, hello, Rush. Thank you for taking my call.