RUSH: I just got an email from a Trumpist who — it’s fascinating. I know all these Trump supporters and they’re fantasizing about what Trump is gonna tell Paul Ryan when they have their big confab tomorrow, and I have to read one of these to you. Here, I just printed it out. This helps me to understand the average Trump supporter’s mental attitude about all this, and it helps me to extrapolate and then understand how Trump supporters are gonna react to anything that involves Trump.

It’s not a full-fledged barometer, but it offers quite a bit of — even though it is anecdotal, even though this is anecdotal, I will wager that after I read this a lot of you Trump supporters are gonna be going, “Yeah, yeah, that’s exactly what he ought to do.” Let’s see if I’m right.

“Hey, Rush,” starts the email, “here’s what Trump ought to say at his meeting with Paul Ryan. ‘Screw you. You’re the representative of one district in one state. Let me tell you how things are gonna work. First, you are gonna apologize to me, and you’re gonna say you don’t know what you were thinking when you refused to endorse me when you were asked. The next thing you’re gonna do, you’re gonna say you are fully behind me, and you will do everything humanly possible to see that I win, period. Otherwise I’m gonna call you out for what you really are. I’m gonna endorse your primary opponent, and I’m gonna actively campaign for him. The next words out of your mouth better be, “Yes, I agree,” or else. Or else you’re fired.'”

That is what an ardent Trump supporter sent me in an email saying that’s what he’s expecting Trump to say to Paul Ryan. (interruption) My friend is nuts? I’m not saying he’s not. No, I’m just telling you. You don’t think that is representative of a whole lot of Trumpists? That’s what they think Trump does. That’s what a lot of them think Trump does. That’s The Art of the Deal. That’s negotiation. Let me read it again. Let me just read the words without throwing in my own emphasis, okay? Just an email from a friend of mine who I think, I could be wrong, but I think it’s gonna be close to being fairly representative to what Trump supporters — maybe it’s a fantasy, maybe fantasizing what they hope Trump would do.

But here again it is. What Trump should say at his meeting with Ryan from a friend of mine who sent me an email. Remember now, these are not my words here. I’m reading an email from an ardent Trump supporter, a guy who thinks if Trump doesn’t win we’re finished, there’s no other alternative. If Trump doesn’t win it’s over as we’ve known it. That’s what this guy believes.

“Hello, congressman. Screw you. You’re the representative of a small district in one state. Let me tell you how things are gonna work. First, you’re gonna apologize. And you’re gonna say you don’t know what you were thinking when you couldn’t bring yourself to endorse me last week when you were asked. The next thing you’re gonna say is that you are fully behind me and you’re gonna do everything human possible humanly possible to see that I get elected, period. Otherwise, I’m gonna publicly call you out for what you are. I’m gonna endorse your opponent. I’m gonna actively campaign for him. So the next words out of your mouth better be, ‘Yes, I agree, sir,’ or else.” And then Trump should leave the meeting.

Now, we know that’s not gonna happen because Trump’s already out there saying (paraphrasing), “I love Ryan. He’s a great guy. I want Ryan to remain chairman of the convention.” Does that bother you, by the way? Didn’t bother you? You didn’t want Trump to put his own guy in there? You wouldn’t like to see Katrina Pierson chairman of the Republican National Convention? Maybe offer it to Heidi Klum, you know, as an olive branch of peace. “Hey, Heidi, how’d you like to come run the convention for me?” Just toss it right back at Hillary’s PAC.

RUSH: Now, last night on Special Report with Bret Baier, during the All-Star Panel, Stephen Hayes of the Weekly Standard was talking about Trump’s upcoming visit to Capitol Hill to meet with congressional leaders.

Bret Baier said, “What does Donald Trump have to do, Steve, on Capitol Hill on Thursday with Paul Ryan and Mitch McConnell?” What’s he gotta do?

HAYES: IN 2008, I remember sitting on the Straight Talk Express with John McCain asking him why he wasn’t reaching out more to conservatives, why he wasn’t picking up the phone and calling Rush Limbaugh, trying to bridge that gap. And McCain’s answer to me basically at the time was: I don’t need to. Mitt Romney came late, I think, to embracing and trying to go after the Tea Party, to make sure that they were enthusiastic about him. Donald Trump saying this weekend, “We don’t need the conservatives”? That is crazy. If he doesn’t have the conservatives — the conservatives beyond the #NeverTrumpers — he will lose. 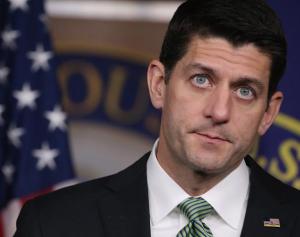 RUSH: Well, in the sense that it’s a Republican base, Hayes has a point, but I don’t think Trump means he’s not gonna reach out to conservatives. He does reach out to conservatives all the time. I think… Well, I don’t know. I’d have to guess. But I think the context of this is that Trump is not gonna grovel to Paul Ryan is what Hayes means. Well, I don’t know if Hayes means that or not, but that’s what I gather Trump’s not gonna do. Trump believes that he won, and therefore the losers have to gravitate to him.

“Conservatism alone’s not the answer to everything,” is what his point is. But we all know he’s got conservative advisors. Whether he listens to ’em is another thing, he’s got ’em. You know the list of conservative advisors of Trump is growing and growing? You just have to listen to them tell you. They’ll all tell you how many of ’em are tight with Trump and how many of them are getting closer to advising him every day.