Trump Won’t Win or Lose Based on Endorsements from Politicians

RUSH: Here we go again.  So I checked the email during the break.  “Rush, why aren’t you talking about Trump and Susana Martinez?”  Because it’s gonna work out.  It’s gonna work out in the end.  You know, all this up and down roller coaster stuff, you get caught up in that you’re falling for the soap opera script.

RUSH:  I don’t have time for it.  I tell you, if want talk about something like that, you need to focus on Nikki Haley.  Did you see what she said today?  She said something about Trump that makes it look like it’s impossible she’s ever gonna be with him, something like — oh, his rhetoric — I don’t know.  I don’t want to guess.  I’m gonna have to find it.  I just saw it on a chyron graphic in a news story on TV.  I haven’t seen anything in print on it.  But I don’t want to guess.  But it she compared Trump rhetoric to, you know, like terrorist rhetoric or some such thing.  It was really strange stuff.

A story from the Washington Times.  Yale students, Yale University students say — oh, that’s what it was.  Nikki Haley.  Get this.  Nikki Haley compared Trump’s rhetoric to the guy who shot up the Charleston church, Dylann Roof.  That’s right.  The guy who walked in and shot up those eight African-Americans that were in the Bible study group.  He walked in there and started studying the Bible with ’em and then opened up, and she compared Trump’s rhetoric to his.  Now, that’s way beyond Susana Martinez territory.

And then, “How come you’re not talking about Paul Ryan and very tepid endorsement?”  ‘Cause Ryan, folks, it all makes perfect sense at this stage of the game.  Ryan’s got a whole bunch of different people he’s gotta keep happy.  He’s gotta keep the donors happy.  He’s gotta keep Trump supporters happy, happen to be the majority of the party.  He’s got a lot of irons in the fire.  I just think I understand all of this.

It may well be you’re gonna have a lot of Republicans that are not gonna be fully on board with Trump after the convention, into the election.  That wouldn’t surprise me, either, but it isn’t going to matter.  It’s not gonna affect Trump’s chances.  I hate to say this, and I could be wrong, but I don’t think Trump’s winning the White House depends on an endorsement from Nikki Haley.  “Rush, you know what, he may need South Carolina.”  I just think have to throw all that out. 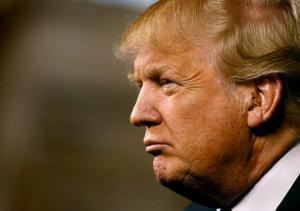 Trump’s either gonna maintain this outsider status throughout and is going to continue to benefit from every assault thrown at him, it’s always gonna bounce back and be more damaging to the people launching the attack.  That’s been the story since the campaign began.  But one of those two scenarios is gonna happen.  And that’s why Ryan is keeping his powder dry.  Nobody knows yet how this is all gonna end up.  We have no clue.  That’s one of the reasons there’s a bunch of drama and excitement.  We don’t know what’s gonna happen at these conventions.  We can predict riots.  We can predict a major, major show at the Republican convention unlike the Republicans have ever put on.  And I mean Hollywood type show.  I mean a produced extravaganza.

And the Democrats, what are they dealing with?  They’re dealing with the biggest dryball to come down the pike.  They’re dealing with somebody they dare not let loose without a teleprompter in Hillary Clinton.  Tensions are gonna be wound tight on both sides.  But I think one of two things is gonna happen, as I say, and we won’t know until things start coming together.  It’s way, way early right now, so I’m sitting back and I’m digesting it all as it transforms before my very eyes and ears.  But have no doubt, when I think it’s important to talk about, I’ll be there leading the pack on it, no doubt.

RUSH: This is Rebecca in upstate New York.  I’m glad you waited.  Great to have you on the program.  Hello.

CALLER:  Hi.  I’m a Reagan baby and a Rush Baby, and I’m very upset with the Bushes, McCains, and the Romneys.

RUSH:  Over not supporting Trump, you mean?

CALLER:  Right.  You know, many of us have supported them, held our noses.  They didn’t fight. George did, but McCain didn’t and Romney did not fight for us.  And even if Trump lost, I would have held my nose and I would have fought right along for the votes of the Republican nominee.

CALLER:  I’m very mad.  And I will tell you this is what’s discussed among family and friends, and that’s why you see people out there in full force.  We’re tired of it.  It’s like they don’t care about us.

RUSH:  Yeah, it’s that, but I think there’s even more to it.

CALLER:  Can I say something? 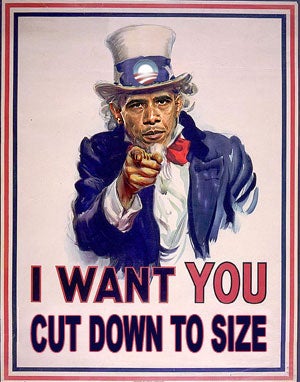 RUSH:  Wait a minute, how did Obama talk you out of that?

RUSH:  Well, that’s just so they can have a floor for raising taxes on people.

CALLER:  I understand, have a benchmark.  I get it.

CALLER:  But the point is we are the working class people that the Bushes, the McCains, and the Romneys have snubbed.  And not just them, you know, the Bill Kristols of the world, the Krauthammers of the world.  We’re tired of it.

RUSH:  Krauthammer?  You throw him in there, too?

CALLER:  We know that.  And, you know what, we love your success.  We love Donald Trump’s success.  We want our country to have success.  We can’t give it all away.  We need —

RUSH:  See, that, folks, that right there is gold.  That’s exactly the way most people have always looked at — there’s always been resentful and there’s always been people envious. I’ve been aware of that, by the way, since I was a child.  I have always been exposed to people who resented the successful people in town or when I became an adult, the successful people we knew.  Other people appreciate it, but the resentment grew and grew and came to be something that was actually promoted. The Democrat Party started promoting that resentment and jealously and so forth, and then started telling people it wasn’t fair and the successful really weren’t successful. They somehow cheated or stolen from you or what have you.

CALLER:  That’s what we did.

RUSH:  Instead of driving around wanting to burn it down.

CALLER:  No, because they want a handout.

RUSH:  — about that.  Part and parcel of what you’re saying, talking about Trump, you believe Trump’s earned his success, nobody handed it to him. That’s why you respect it and why you don’t have any problem with it, he worked hard for it, right?

CALLER:  Correct.  And everybody makes mistakes, sir, everybody falls, and you lift yourself back up.  And that’s what he has done.  To me, he’s a known entity.

CALLER:  Yeah.  And he doesn’t pretend.

RUSH:  There’s nothing they can say about him that people don’t already know.  That’s exactly right.  Hillary can go out — you know, she mentioned his name, in a foreign policy speech, she mentioned Trump’s name 62 times in that speech.  Do you think Trump’s living rent free in her head?

RUSH:  Sixty-two times.  You’re exactly right.  There is no oppo research that can come up with anything on Trump that people are either gonna be affected by or don’t already know.

CALLER:  Correct.  And he’s sticking up for us.  He’s saying what we think.