RUSH: Here’s Eric in San Diego.  I’m glad you called, sir.  It’s great to have you next on the program.  Hello.

CALLER:  Hey, Rush.  I just wanted to tell you to tell Trump that if he wants to get the Millennial vote, he should make it where student loans are forgiven through bankruptcy.

RUSH: (chuckling) Wait a minute.  Student loans should be forgiven through student…? What do you mean, bankruptcy?  I didn’t hear all that.

RUSH:  Frankly, this has been something that I have expected the Democrats to do.  I predicted they would.  I’ve been kind of fearful that that was gonna be a big card that they were gonna play.  And I wouldn’t be surprised if Hillary still does it at some point if it looks like the Millennials are abandoning the Democrat Party. (interruption) Is that live?  I guess Hillary’s…? So Hillary’s in Raleigh right now doing a speech.  I guess it’s a response to Trump.  Was it a scheduled speech or just hastily assembled to respond? (interruption) Scheduled speech. Okay.  Well, I’m sure we’re rolling on it.

I don’t know that we’re gonna have any sound bites from it today.

But, you know, this college education… I’m glad you called about this, Eric.  Because this is another thing.  This is a big, big bugaboo of mine.  And I think it explains so much about the status of the country and the mind-set of the middle class.  Now, let’s acknowledge some things.  In America, there have been different levels of success from individual to individual.  And this is one of the things that has burned socialists and leftists.  It is not fair, in their mind, that anybody should be doing dramatically better than anybody else, because nobody’s really that much better.

“It’s gotta be luck,” they say.  “It has to be connections,” they say.  “I mean, why does Citizen X earn $1 million a year and somebody just as good, just as nice only make $50,000?  That just isn’t fair,” and they blame America for it.  And they come in and they tell everybody it isn’t fair.  And they’re gonna equalize this.  And the way they equalize it is start punishing the millionaire, rather than finding ways to elevate the middle class.

A college education was always touted and always presented as the great equalizer.  The college education — and we may have been sold a bill of goods; I don’t know.  That’s for another discussion.  The way lobbying works, it’s to the universities’ great benefit if everybody in America wants to send their kids to one.  By the same token, it’s a great benefit to people in the real estate business and in the development/construction business if everybody thinks they ought to have a house.

So we understand that tax policy is used as social architecture.  We understand that lobbying has made some of these things true.  But the bottom line is education — no matter what kind of games were played with it — has always been touted and understood as one of the key elements to self-improvement.  Education has always been touted — and it’s true — as one of the greatest things that could happen to somebody.

Being educated, getting educated, learning, acquiring knowledge for the benefit of the individual as he or she lives and grows older.  There’s nothing wrong with it. Unless it’s garbage in, then that’s a whole ‘nother problem.  But just in the generic sense — and the middle class bought into it.  And you can trace American demographics pre-World War II, post-World War II, and you can see that there was vast upward mobility in the American middle class.  It was huge.

American income, when it’s been charted, has always been charted in fifths or quintiles. So you would have one group that say makes $100,000 or more, then the next group 75 to a hundred, 50 to 75, 25 to 50, and zero to 25, whatever. But those are the arbitrary numbers.  But you have those five quintiles.  They would track people in each of those segments as they grew older and track their movement. “Did they move into different levels of income, and how did they do it?” And they found that a college education was one of the fundamental requirements to upward mobility. 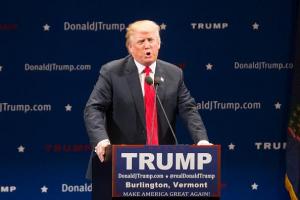 Here came the old student loan, and the student program, and it enabled more and more people to quote/unquote “afford college.” But that’s not what happened.  Here’s the upshot of this is.  All of these middle-class families — not just middle class; every family. Practically every group of Americans however you qualify ’em believed in an education and wanted it for their kids, a college education, minimum four years because of what it meant.  It was the route; it was the key; it was the way to achieve dreams; it was the way and the route to success.

The amount of debt the average graduate who has a student loan incurs after graduation — whatever economic benefit a college education was supposed to engender — has been eaten up by the debt.  And who’s been in charge of that?  What group of people has been in charge of administering education?  The establishment, the elites.  They have now fixed it so that the one route that American middle-class families had for their kids to enjoy success in America has now become an albatross.  And they are fully aware of it.

What is the point of going to school and getting out with a debt of six or more figures that you’re gonna take the rest of your life paying off, no matter what job you get?  And who is benefiting from this?  Certainly not the student, not the family, not the graduates.  The colleges are benefiting, the loan agencies are benefiting — which is the government now, ’cause they run the program.  So there’s middle class distrust of all the best and brightest and the elites who are supposedly running things for the benefit of everybody.

It just isn’t working out, and that’s why Trump is doing as well as he is.