The Great Divider Tells Police Officers: I’m Your Only Hope, You Racists

The interesting thing here is the police union. “Minneapolis Police Federation President Bob Kroll tells the Minneapolis Star-Tribune he commends the officers.” The union’s a bunch of leftists, too.  I mean, they are unions.  It still happened. Washington Post: “Obama tells police…” By the way, Hillary in her speech today was basically just carrying Obama’s water that he had already spilled, if you will.

“Obama spent [yesterday] preparing to address the nation at a Tuesday memorial service in Dallas for five slain police officers and meeting with advocates at the White House…  The president met for nearly two hours with leaders of eight law enforcement groups Monday, informing them that he considered the killing of the five police officers in Dallas on Thursday ‘a hate crime…'”  Headline: “Obama Tells Police: ‘I Am Your Best Hope’ for Relations with Communities of Color.”  Obama said “that he would work actively to serve as an intermediary between minority activists and police.

“‘I’m your best hope,’ Obama remarked at one point, according to the Fraternal Order of Police’s James O. Pasco, one of the meeting’s attendees.” Well, then God help the police.  If Obama’s… When’s the last time Obama said… You know, I saw this before. I said, “He said this before. ” Do you remember the last time he said this? It may not be the last time.  It may have been probably the first time, first time Obama said something like this. Remember when…? I forget the name of the protest group.

It might have been Occupy Wall Street, now that I think about it. They were protesting on the front lawns of AIG executives and other Wall Street firms in suburban New York up in Connecticut and so forth.  What did Obama say to them? “I’m the only thing standing between you and the people with their pitchforks.”  Something like that.  I’m paraphrasing that, but do you remember that?  Obama told these AIG people — and he was ripping them. He was trashing them. He was ripping into their bonuses. They didn’t deserve it!

“I’m the only thing separating you from these peasants with their pitchforks storming your neighborhoods.” (interruption) Well, maybe the… (interruption) Dodd-Frank?  I guess. Maybe they were pushing Dodd-Frank.  I don’t know.  Doesn’t matter what they were trying to get pushed.  The fact that… Here’s Obama holding himself out, “You know, I’m your best hope.”  In other words, all this stuff is legitimate.  “You AIG people.  These people want to storm your yard! It’s legitimate.  I’m the only guy who can stop them!

“I’m the only guy. I’m your only protector. I’m the only guy that can talk ’em down.” Now he’s telling the cops, “‘I’m Your Best Hope’ for Relations with Communities of Color.”  Really?  Okay.  What’s common? What are we all gonna unify around? What are we all gonna stand together for or about?  Well, I say, “God help the police,” ’cause it seems to me like Obama and his minions have been doing everything they can to whip up hatred against the cops.  We can’t deny this.  I know it’s not politically correct to say it.

But Obama, he’s clearly been saying things and acting out as though he, too, is a person with a grievance against the cops.  And in that way, he establishes a commonality with these people who are protesting them.  You can’t deny that he does that.  He’s got the politics of grievance down pat.  It’s one of his identifying markers.  Then Biden jumped in with something.  Biden was at this meeting, too.  What did Biden say?

Biden said something. I’m coming up on a break and I’m trying to find it here before I will.  I don’t have time to.  Biden said something along the lines… You know, after Obama says, “I’m your best hope,” Biden says, “Maybe you guys didn’t hear what he said.  Maybe you weren’t listening carefully enough to what Obama said,” or some such thing.  But Obama doesn’t have a track record unifying people, folks.  He just doesn’t.  I wish it weren’t the case.  I really wish none of this stuff was going on.

RUSH:  One of the things that Biden did… This is a Neil Munro story at Breitbart. “Obama Tells Cops in White House Meeting Their Police Forces Are Racist. — ‘And he said, “But you also have to recognize that there is still institutional discrimination. That doesn’t just exist in policing. It exists in many other areas, hiring, housing, etc. And you… Well, maybe we, the law enforcement organization, should reach out and say, look, we understand why you may be concerned [about how we deal with you], but here’s — let’s have a conversation.”‘”

But Police forces are racist. That’s what Obama’s telling you.  Biden.

RUSH: So I did check the emails during the break, and, as I knew would happen, I get the usual snark, “What do you mean Obama promotes the politics of grievance?”  Look, folks, you know, I really don’t mind debating issues, but debating facts is a waste of time.  And you and I know how Obama does this.  It happened with Skip Gates.  I could run down a roster of things where this is what happens. 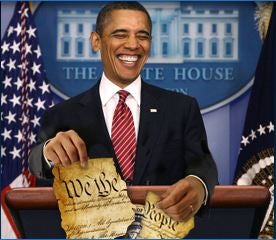 The first reports of an episode happen and Obama’s instinct, the first thing he says about whatever event that just happened, is always going to be tainted by his instinct, which is racial grievance.  And then when we learn later that that had nothing to do with what had happened, I can give you movie theater shoot-ups, any of these events, the Fort Hood thing, anything. Obama, his first reaction is always going to parallel those who have a sense of grievance about things where race is involved.

And then after the facts are known, Obama doesn’t go back and clean it up.  Sometimes he does, but he never does so in the sense that he’s correcting himself.  His instincts betray him.  And I’m just saying it’s not unifying.  And I don’t think Obama’s trying to be unifying.  I think Obama stands with people he thinks have been given the shaft ever since this country was founded.  I think his objective is to even the playing field, as he defines it.  And the way he does it is to transfer discrimination from one group to the next, rather than end it.

His prescription is payback.  And that’s what we’re all getting here.  And by the way, I’m not even gonna grant the assumption the payback is justified or warranted.  I think a convoluted view of this stuff has polluted a lot of this.  But this is where we are.  There’s nothing unifying that’s going on here.  There’s nothing in common we can all stand up for and hold hands and unify around.  That’s just not on tap here.  The Democrat Party doesn’t have any interest in that.

RUSH:  Except when they do, yeah.

CALLER:  Except for the National Guard, that’s true.  But now you have these military-style police departments, which are being taken over by the DOJ, and I believe what they want to do is by putting them under the umbrella of, oh, Homeland Security, that now we have a military-style — 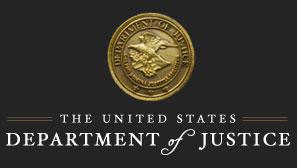 RUSH:  Let me see if… We’re running short on time.  My guess is that if you kept talking I would eventually hear you mention martial law.

RUSH:  And you think that the secret to this is unlocked by the fact that they used plastic explosives and a robot to blow up the perp?

CALLER:  I have no clue as to what a police department — city police department or a county sheriff — would need with plastic explosives in their arsenal.  It just boggles my mind and nobody is even discussing this.

RUSH:  Some people would say, Randall, “Now you do.”  I mean, this guy had just… He was a sniper, killed five cops, wounded 11.  They don’t want to lose anybody else. So send a robot up there and blow the guy up. Look, you’ve got an interesting point.  I don’t mean to be giving it short shrift, but I wanted to get at least one retort in before we ran out of time.  But, Snerdley, get his number.  We’ll call him back tomorrow and continue this, ’cause it’s a fascinating subject.  I know a lot of people want to hear more on it.