Have You Ever Noticed That TV Stars Have Huge Heads?

RUSH: Here is Levi in Jackson, New Jersey.  Levi, great to have you.  I’m glad you waited.  Hi.

CALLER:  Thank you, Rush, for taking my call.

CALLER:  I just find it fascinating the contrast between Chelsea Clinton’s speech about their kids — they loved grandma and Elmo and blueberries — as opposed to Ivanka Trump and Donald Trump Jr.’s speech about real things: construction sites, Caterpillar tractors, the real world.  Chelsea Clinton lives in this Candy Land world and Republicans live in the real world, and I think that should be spoken about more, this tremendous contrast.

RUSH:  What were you expecting or hoping the media would do reporting these two epic speeches?

CALLER:  I’m not sure I understand what you’re saying.

CALLER:  No, but I was expecting them maybe to come up with some good lies about what Hillary Clinton has done for children, which she spoke about and didn’t give any examples.

RUSH:  What can they cite?

CALLER:  Oh, she’s there to read her grandchildren a book any time they need her.  That’s the children that she advocates for.

RUSH:  I know.  It was bile inducing.  I grant you that.  But it was… You know, it’d be interesting, too — people have made this comparison.  How about this?  Do you believe that any time they have an interview with Ivanka, they always ask her about her father’s treatment of women, and when they interview Chelsea, they never bring that up?

CALLER:  Well, I think hopefully Ivanka Trump should take the media on on that precise question that you just said.

CALLER:  I think Trump has to start taking the gloves off on this whole Clinton business.

You’ve been working there for 20 years, 15 years, ten years. You’re trying to climb the ladder. You’ve worked at low-, small-market towns. You’ve done all the reports on, you know, what town councils are doing in towns with a population of 1,500. You’ve paid your dues — and out of nowhere, you see they hire Chelsea Clinton — who’s never been on TV, who’s never done anything on TV, who has been shielded from TV — and they pay her 600 grand!

Then you realize, they’re just buying access to the Clintons on the come.  Wherever the Clintons go, NBC’s making sure that the Clintons are gonna let ’em tag along.  If I worked at NBC and had been paying my dues for a lot of years — and, by the way, there are very few people at NBC who make 600 grand.  The anchors do, but after that, there aren’t very many people.  I mean, reporters that have been there years don’t earn that kind of money.  You’d be surprised.

The big money in TV is for the anchors that read the prompters the best and have a natural talent because of their genetic makeup. They look good on TV.  I’ll give you something to note on TV.  The minute I tell you this, when you start noticing this, it will blow your mind.  There is a subtle requirement for people on TV, and it is a good indicator of whether or not they will be successful.  And success on TV is almost — not all, but a large part of it is whether or not people want to look at you.

It doesn’t matter what you’re doing.  If you’re on TV, people better want to look at you.  Notice how large practically everybody on TV’s head is.  You probably never noticed this, but start looking for it. Compare it to their shoulders, primarily men.  Now, it’s not gonna be true of the commentators and the journalists and people they bring in to do commentary, but I mean the actual TV employee, the anchors… You take a note of how big their heads are. David Muir at ABC is a great example.  It’s stunning when you notice it.

RUSH:  Okay.  We’re back, El Rushbo, with half my brain tied behind my back just to make it fair.  The email, questions: “What’s so big a deal about a big head on TV?”  Well, there’s two things.  It’s very subtle.  You don’t notice it until I ask you to notice it.  You never notice; that’s the point.  A big head is dominant, and you can notice it.  You don’t think there’s anything to this until you actually look for it. I’m not talking about everybody on TV, folks. 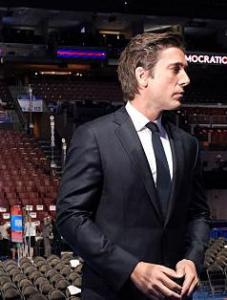 A lot of people have to really make an effort to open their eyes wide so that the whole eyeball can be seen.  You pay attention to this stuff. These are things that people that hire in movies, television, look for, but these are things that you’re born with.  You can’t… You know, you have no control over whether or not your eyelids cover half of your eyes.  You’d have to go out and get an eyelid-ectomy and have ’em taken out of there, and that would not be good.

So that’s one of the reasons people on TV earn what they earn because you can’t manufacture it, and you can’t train big heads, and you can’t train just people liking to look at other people on TV.  You either have that or you don’t. (interruption)  No, you can’t inflate a head.  Not literally.  I mean, you can inflate a head with an ego and so forth, but not literally. You can’t. You can’t balloon head somebody.  But it’s the size of the head and it’s the eyes.  Those are the things, and they subtly work.

They want to keep watching or at least not-not want to watch.