The Big News Today Should Be the Clinton Crime Family Foundation

The secretary of state’s chief of staff — that would be Hillary Clinton at her old job, the chief of staff is Cheryl Mills — was interviewing applicants for the Clinton Crime Family Foundation while she was at State.  Not supposed to do that.  What’s going on at any public officeholder’s foundation, you’re not supposed to mingle what’s going on — because you’re selling influence.  You’re not supposed to do it.  Secretary of state cannot influence or otherwise, interview candidates, accept donations or this kind of thing using the power of the office that that candidate holds.  It’s not against the law, it’s an ethical breach, and it was going on big time.

There are lines of separation or demarcation there that are not to be crossed.  And in both instances Hillary Clinton employees, chief aide, chief of staff, while she was secretary of state, were commingling people and funds and influence, who knows what else, while Hillary was secretary of state.  While all of this was going on, the secretary of state, one Hillary Rodham Clinton, directed her internet technology chief to build an illegal, private, hidden server in order to connect the Department of State with the Clinton Crime Family Foundation.  And that private server has been long ago discovered.

And when it was discovered, the Department of State said, “Wait, you can’t do that.”  Well, the Department of State didn’t say that.  Everybody else did.  And the FBI said, “Hey, you can’t do that, and we want the emails from that server.” And Mrs. Clinton said (imitating Clinton), “Okay, I’ll look at ’em and try to determine which ones you might want to look at, which ones will be boring to you.”

There were a total of 60,000 emails on the private server that she should not have had and she said that 33,000 of them had to do with yoga and her daughter’s wedding and promptly deleted them.  The other 30,000 she sent to the FBI and that’s why we got a press conference with the director of the FBI listing all of the crimes that she committed while telling us that it wouldn’t probably be worth the time to prosecute her, but there were clear violations of law.

Every bit of this, all three of these essential summaries of what’s in the news today are highly unethical and probably criminal.  But the big news of the day is that Donald Trump really stepped in it trying to be sarcastic.  That’s the big news of the day. You know, Trump, I know exactly what Trump’s doing before he does it.  I know what he’s doing when he does it.  I know how he’s trying to do it.

This whole business of Trump for the past two days insisting that Obama was the founder of ISIS. And you may have heard that he appeared on a radio talk show hosted by the estimable Hugh Hewitt in which the estimable Hugh Hewitt gave Trump three or four different outs to agree, “Yeah, that’s what I really meant. I meant that Obama got out of Iraq and left the place vulnerable and ISIS moved in, ISIS founded itself and created,” but Trump refused to take the offer and continued to say nope, he founded it, he founded it.

Then, when the proverbial excrement hit the fan, now Trump is saying, “Wait a minute, I was just being sarcastic and everybody knows it,” and that’s what the big story is today.  That’s generally how it works each and every day.

Okay here you go, from the Daily Caller, an exclusive.  “Multiple FBI investigations are underway involving potential corruption charges against the Clinton Foundation, according to a former senior law enforcement official. The investigation centers on New York City where the Clinton Foundation has its main offices, according to the former official who has direct knowledge of the activities.”

Man, this has been a seesaw.  A couple of days ago we believed, a month ago we believed that there was an official FBI investigation of the Clinton Foundation, and even when the FBI Director Comey ultimately read the riot act, listed all the crimes and all the lies Hillary Clinton had committed with that private email server, when he said, “But, sorry, nothing a reasonable prosecutor here would pursue,” we all understood.

I mean, there’s no reason to list every violation of law and every lie that she’d told.  Do you realize that never happens?  The FBI collects its data, sends it on to the DOJ, the DOJ decides, yeah, we got a case here, and then proceeds.  We never hear the FBI recommendation.  We never see it.  Well, Comey knew this was never gonna go anywhere.  I think Comey knew even if he recommended prosecution, there wasn’t gonna be a prosecution.

And there was a bit of a letdown and some surprise when we learned that he was not gonna recommend prosecution and when he then further said don’t expect one because no reasonable prosecutor would bring this case.  Everybody said, “Well, that’s okay, because they’re still looking at the Clinton Foundation, yeah, still looking at that.”  And then we found out yesterday, no, they’re not. That the FBI wanted to, but the public integrity division of the Department of Justice told the FBI to go pound sand.  So all this time we thought there was an FBI investigation of the foundation.  There hasn’t been.  And we know the FBI can investigate if they want, but if they know the DOJ’s not gonna do anything with it, they’re not gonna waste their time.

So at the close of business yesterday we assumed that all lines of inquiry into the scandal-plagued Bill, Chelsea, and Hillary Clinton foundation are over, until we found out: “Multiple FBI investigations are underway involving potential corruption charges against the Clinton Foundation.”

Now, what this is, this supposed investigation is taking place under the auspices of the US attorney for the Southern District of New York, which is Manhattan, whose name is Preet Bharara, and Preet Bharara has a reputation of going after, regardless of party — some people think that he’s lenient on Democrats, ’cause he’s a Chuck Schumer buddy, but he has a track record of going after powerful people in office and nailing them.  So some people think there could be something to this.  Remember, this is an exclusive from The Daily Caller.

The FBI has been given a green light by the Southern District of New York, office United States attorney.  “Prosecutorial support will come from various US Attorneys Offices — a major departure from other centralized FBI investigations. 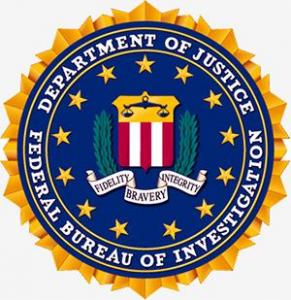