Will the National Enquirer Play a Role in the General Election?

RUSH:  This is Barry in Columbia, South Carolina.  I’m glad you called, sir, and I appreciate your patience.  Hi.

CALLER:  Thank you, Rush.  It’s an honor.  Rush, I called to ask about — or if you had any thoughts on why the National Enquirer hasn’t come out with some of the answers on this controversy swirling around Hillary Clinton.  You know, they were able to come up with the goods on Ted Cruz’s father and his meetings with Lee Harvey Oswald and other stories. You know, that woman gives birth to a two-headed goat and different things like that.

RUSH:  Now, let me ask you a question here.

CALLER:  Well, I am a Trump supporter now, yes.

RUSH:  All right. Okay.  Okay, so I’m hearing a tone in your question. You think that maybe Trump was eager to destroy Republicans using his buddies at the National Enquirer but he doesn’t want to use The Enquirer to destroy Hillary, which might mean that Trump really doesn’t dislike the Clintons as much as he might want you to think?

CALLER: Mmm-hmm. That’s quite a possibility.

RUSH:  Yes.  That’s what I thought. I thought I detected that.

CALLER:  I’m about your age and have been exposed to the Enquirer all my life, and like I said, you know, the stories that usually come out in the Enquirer were stories about oddities and things like that and, you know, I was just kind of wondering about their silence. You know, it’s kind of deafening, all this… You know, they were able to expose John Edwards and the price of his haircuts and his girlfriends.

RUSH:  Yeah, it was a little more than the price of his haircuts.

RUSH:  They took Edwards out.  For people that don’t understand… What we have is a fine guy here, don’t misunderstand.  But our caller is not all that convinced that a political enemy of Hillary Clinton… He thinks that Trump is maybe a wolf in sheep’s clothing and really is there to damage the Republicans, and he’s got his buddies at the Enquirer taking out Cruz. “Where is all this? There’s gotta be stuff on Hillary. Where is it?”  It’s an open-ended question.  I understand where it’s coming from.  We’re out of time in this segment, but I’m not gonna dodge this.  I’m gonna answer this question when we get back.  I have an answer for you. 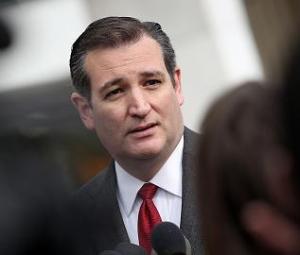 He provoked anger in many people, particularly the Ted Cruz episode where supposedly Ted Cruz’s dad was seen in a photo with Lee Harvey Oswald weeks, days before JFK was shot.  And so people think that there’s a connection, that Trump can get the Enquirer to run some very damaging stories on Trump opponents, and they think there’s evidence for that having happened during the primaries. So our caller said, “Where is that stuff on Hillary?”

The caller obviously doesn’t believe that any is gonna forthcoming.  The caller is of the opinion that Trump is actually not in this to beat Democrats but to do damage to Republicans.  I would just say this.  I have… By the way, I don’t know.  I didn’t know that Trump was close to the Enquirer guy ’til the allegation was made during the campaign, during the primaries.  All of that was news to me.  However, I think if there’s anything to it, Trump’s not gonna…

Well, if… Let me put it this way: If the Enquirer has anything, they’re not gonna run it now, in August.  They’re gonna wait ’til after Labor Day.  They’re gonna wait enough time so that people don’t have enough time to forget it, or for something else to come along and erase it from everybody’s memory.  The old October Surprise thing.  But I do know a lot of Trump supporters have been very excited to see what the Enquirer might bring forth on Hillary or Bill or what have you.  So we’ll have to see.