Mrs. Clinton Says Donald Trump Has Contributed Nothing to America


RUSH:  CNN is so excited.  Hillary Clinton is making an economic speech in Toledo, and she just ripped into the Trump tax return story.  And do you know what her major focus is?  She’s not talking about the $915 million dollar deduction.  She is pointing out that Donald Trump has contributed nothing to America.

Now, don’t forget, Democrats have been — since the Clintons, changed the lexicon.  It was 1992 that tax increases became contributions and investments.  Taxes in general and tax increases specifically became contributions and investments in the future of America.  Taxes were no longer confiscatory things that government took from people who produced.  The Clintons turned it all around to justify tax increases by calling them investments.  And that’s what she just harped on Trump failing to do.  He hasn’t invested anything.  Her whole point, and folks, this is zero aimed, when I say zero, I mean it’s dead aim at the low-information sector.

(imitating Hillary) “Donald Trump hasn’t contributed anything to this country.  Donald Trump has taken everything he can and has not contributed.  He has not invested.”  So contributions is what taxes and tax increases became, contributions and investments.  And I will never forget, I prayed that that didn’t work back in 1992, but it has.  And it has become part of the Democrat lexicon.  The Clintons initiated it, they perfected, and everybody used it.

Do you think if the New York Times was sent the transcripts of her speeches, they would print them?  They would probably say these were illegally acquired via hack and we cannot see our way to publishing these transcripts.  Mrs. Clinton is denying that these are hers anyway, so we are not gonna go there.  “He contributed nothing.”  That’s Hillary’s analysis of Trump’s tax return.  Look, folks, it worked for Bill Clinton all through the nineties.  Contributions, investments, that’s what tax increases became.

Also in her speech in Toledo she’s expected to call out Wells Fargo.  Wells Fargo generated fee revenue with bogus accounts, and she’s gonna bash Wells Fargo.  By the way, one of Wells Fargo’s biggest shareholders is Warren Buffett, who happens to be one of Hillary’s most prominent advocates and supporters.  So she’s all-in now talking about the economy, how Trump is an example of a taker and hasn’t contributed anything.  He’s not a genius and he hasn’t run a good business, and there’s nothing to recommend.  There’s her focus now.

So the Trump team is gonna have to come up with a rejoinder.

RUSH:  Here’s Jennifer in the Bay Area, California.  Great to have you, Jennifer.  Welcome.  I’m really glad you waited, too.  Thank you.

CALLER:  Hey. Thank you so much, Mr. Limbaugh.  I just wanted to say this is my first time calling, and I’m a great fan of yours.  I listen to your show every day when I drop off my kids.  And I just wanted to make a comment on this supposed tax scandal with Mr. Trump.  I’m self-employed.  I’ve owned a small business since 1997.  And in 2006, I made a $50,000 real estate investment.  In 2008, the development project, it basically didn’t make the money that I was supposed to make; so I lost my $50,000.  Okay?  So then my CPA, who’s also a tax attorney, told me that I was allowed to take that $50,000 and offset for the next couple of years on my personal income tax.

CALLER:   — that they’re allowed to do this.

RUSH:  To the average American, it’s not common.  People like you and most people that know about these things.  But it’s not common in terms of how it happens.

RUSH:  So Hillary can easily demagogue this as she’s doing by saying —

RUSH:  — Trump has made no contributions to America.

CALLER:  Right.  And that’s not true.  I mean, my husband and I, we’re both self-employed; we’re very hard workers. We’re both educated. We understand, you know, the amount of payroll taxes that we’ve paid out, you know, the insurance that we’ve paid out over the years for our employees.  So we get it, and it’s just really sad that she’s saying this about hardworking, self-employed people.  We’re allowed to do this.  The IRS allows us to do this.

RUSH:  This law was written by Democrats on the — 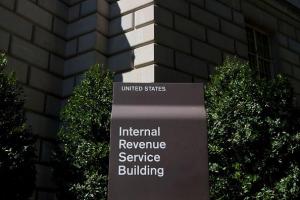 Most people do, particularly startups — and the real story is what happens. What do they do?  Do they come back?  Do they wallow in it?  Do they find a way to rebound or what have you?  There are inspirational stories. I’m sure you could tell an inspirational story about how you recovered from these bad years that you’ve had.  Everybody has them. Everybody that takes a risk.  And look, I’m sick and tired of the Clintons, particularly — and the Democrats — getting away with demagoguing these things that are not errors.

Where is the outrage?  Nobody even cares to report it.  That capital loss, she’s allowed to carry that forward and it will affect how much income tax she owes in future years.  Same thing that we’re dealing here with Trump.

RUSH:  You know, I know it’s like spitting into the wind, but I’m gonna say this anyway as a general proposition, because I really can remember the days when if we would have… Like the story I told you about my friend here that I met when I moved to Florida who died three years later and I went to memorial. I learned things about him. He never talked about himself the way he was eulogized, and I didn’t know until his memorial service that he had lost everything two or three times, and put it back together.

The end of this series of eulogies, people had a newfound respect.

They already loved the guy, but they had a newfound respect for him. He had flown missions in World War II that nobody knew about. He hadn’t bragged about it. He had accomplished a lot, but he’d lost everything, at least twice, I think three times.  Now, in the case of Trump, in the old days, discovering something like this about somebody and then learning that they put it all back together — they recovered from a major, major setback like this and went on to establish one of the great real estate firms in the country — would have been a huge positive.

But in our corrupted politics of today, something like this is now portrayed as scandalous.  And I say this without regard to the fact that Trump is involved in this.  I’m not saying this just to defend Trump.  This is the kind of thing that’s happening throughout our culture.  What used to be considered tremendous human character and characteristics is now being portrayed in all too many instances as fraud, thievery, some kind of character defect. 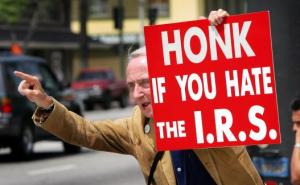 The entire idea of the carryover is to recognize the risks of owning a business amid economic downturns, fluctuations. Without some recognition of bad times hitting businesses — sometimes from changes in the tax code, sometimes a recession — there could be mass layoffs far more often. You would have business failures left and right if these accommodations weren’t made.  These laws exist in many cases for reasons.

Some of the reasons are not good and honest; some of them are the result of corruption, too, but this one isn’t.  Actually, in the old days — if Trump were not running for office and he were not a Republican — this would be looked at as a very redemptive story, and it’s the reason he wrote the book The Art of the Comeback and how he did it.  You know, without redemption, Hollywood wouldn’t exist.

But now because the subject matter in this instance happens to be seeking the presidency as a Republican, why, all that feel good stuff? Nah-nah-nah-nah. We can’t permit that.  Trump was dead broke.  He was a billion dollars in the red.  Remember Mrs. Clinton? She was whining and moaning that she and Bill left the White House “dead broke,” and that’s why they stole some furniture from the White House on their way out, and that’s how they justified everything since.

“We were dead broke when we left the White House.”  Why?  “Well, legal fees and any number of things.”  Well, Trump had the same thing.  So why do the media not praise Trump for coming back from being dead broke and using the loved and adored tax laws — our brilliant tax code — in order to maintain jobs, to build a stronger company that goes on to create even more jobs?

Over here’s Mrs. Clinton taking $22 million in two years for flapping her gums for 20 minutes at a time to a bunch of banks, and they want to tell me Trump is greedy?  Trump is greedy?  How many jobs has Hillary Clinton created with these speeches that she gives?  You know, this is just… It’s maddening the way this stuff gets twisted and turned by a bunch of already corrupt people who then get to try to portray themselves as clean and pure as the wind-driven snow.