This Is What It Looks Like When a Brawler Fights Back

RUSH: This remains an important point, too.  In the second hour of yesterday’s program something set me off, and I don’t know what it was. It might have been an email. It might have been a discussion about Trump and how he’s fighting back and it’s looking bad. If you were listening you knew that I got fired up, and I made the point, folks, it doesn’t matter who the Republicans nominate, this is always gonna happen.

Every Republican nominee is going to be destroyed.  They’re gonna make up things about ’em. Look, if they can make a walking Satan out of Mitt Romney, they can do it to anybody, and they have tried.  They did it to John McCain.  They tried with George H. W. Bush, certainly did it to George W. Bush. They tried over and over again with Reagan.  There isn’t a Republican nominee that they are not gonna demonize.

The Republican primary voters had grown weary of nominating and electing people that were not gonna fight back against any of this defamation and slander and libel against all of us, and Trump is, and that’s why his supporters are not abandoning him.  If you’re gonna get into a battle with the establishment and you’re going to try to beat them, this is what it looks like!  It looks like a brawl.  It must look like a brawl because that’s what it is.  The only way we have any chance to fight back against this stuff is to literally fight back against it, which is what Trump’s doing.

You may not like the way he chooses to do it. You might think he goes out of focus now and then, but he’s still fighting back against all of it.  He doesn’t take any of it, which is what Republican primary voters and general election voters have maintained they have wanted for three election cycles now. So here’s a guy doing it.  And even though it’s obvious, it isn’t.  It needs to be said so that people remember because the Drive-Bys have the ability to characterize what this is as an unhinged guy who has no business being in politics, it’s embarrassing, it’s untoward, it’s just, ewe, how low have our politics gotten. 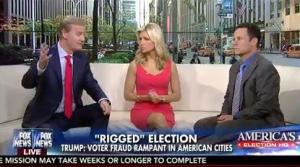 RUSH:  Right.  But that’s not what people are seeing.  People are seeing, because the media’s telling them what they’re seeing, some unhinged, unqualified, doesn’t belong in this place lunatic, is what they’re trying to say that Trump is.  This is what anybody would look like fighting back.  Look, the Democrats take this to the sewer.  The Hillary campaign, the American left, they take the campaign to the sewer, and if you are going to respond, that’s where you’re gonna be.  You know the old argument don’t get into an argument with a fool because after a while people won’t be able to tell the difference.

But Trump chooses to respond.  This is what it looks like.  He could do one of two things.  Trump can campaign and not respond to any of it and people get mad that all this defamation goes by unanswered, or Trump reacts to it.  I think it’s classic to demand a drug test.  I think it’s classic.  Everybody else thinks, “Oh, my God, oh, my God,” like Josh Earnest, the White House press secretary, you know how he’s reacted to that?  “Yeah, well, it makes sense, Trump snorted his way through the first two debates.” 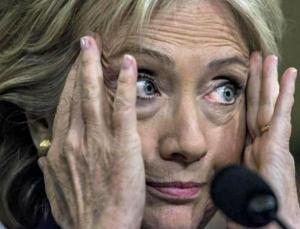 But this is what it looks like.  It’s what it’s always gonna look like, and if you don’t have the stomach for this, then you really may not have the stomach for fighting back against the establishment.  Now, are there better ways it could be done?  Probably.  I don’t know.  But nobody else has tried.

RUSH:  Many of you have probably forgotten this, some of the things they tried on Romney.  One of the things Romney did, just to show you how pathetic this was, Romney went out and was a garbage man for a whole day to find out what the job was like.  Why did he do that?  Because they had been saying that Mitt Romney was a rich guy who didn’t care about little people and when little people that worked for him wives got cancer and died, Romney didn’t care. He didn’t care about the family dog. So Romney went out and acted as a garbage man for a day.

So the media says, so Romney obviously working as a garbage man is a phony effort to make you think he’s one of you when he’s not because his real garbage men he’s never even talked to, he’s never tipped them, he’s never this.  Now, you tell me, how does any of that matter and to whom have they ever tried stuff like that on the Democrat side?  Never.