The Democrats still had not accepted the legitimacy of the recount in Florida 2000.  Bush was an illegitimate president conducting an illegitimate war in Iraq that they had all voted for the first time around.  This is another thing keeps popping up.  Let me give you the history on the vote for the Iraq war.  The first time the vote come up, the vast majority of Democrats voted against the authorization of the use of force.

Hillary Clinton again voted for the war in Iraq.  Starting in 2004, the Democrat Party began to undermine it, tried to sabotage it for political purposes, and that was part of the theory of the John Kerry campaign, that Bush didn’t know what he was doing but Kerry did.  He’d served in Vietnam, he’d run the swift boats, he’d done all this great stuff. He’d come back and thrown his medals across the White House fence ’cause he was so opposed to what Big Government does, committing young kids to war, doesn’t care, a whole big rigmarole.

Kerry loses in 2004, but let’s remind ourselves of exactly what happened.  The first wave of exit polls hit at about five p.m., between four and five p.m. on Election Day in 2004, and the first wave of exit polls showed that Kerry was going to win.  And Bob Shrum, who was the campaign manager for Kerry, walked into Kerry’s office waving that first batch of exit polls and said, “May I be the first to congratulate you, Mr. President.”  So starting at five o’clock Eastern time, Election Day 2004, the Democrats thought John Kerry had won, based on exit polling.

And then the polls closed and the real votes began to be counted.  And it was obvious very early in the evening that John Kerry was not going to win, that the exit polls were not accurate.  And in fact we found out some weeks later that the exit polls had been rigged. They had been tampered with by virtue of exit pollers lying about what they had done in the ballot box. 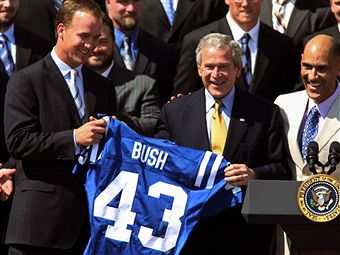 You want to talk about rigging?  They were lying.  They were using exit poll results to try to suppress voter turnout among people at five in the afternoon that still hadn’t voted in the Eastern, Central, and Western time zones and Mountain time zone, obviously.  They used incorrect exit polling data to try to impact votes that had yet to be cast.  They didn’t give numbers. When you watch election coverage on election night, a network has some anchor or reporter assigned to tell you the exit polls.

There’s only one exit poll, and every network and every news agency gets the same data.  They all have the same data.  They all combine and pay for one company to do exit polling.  So it doesn’t matter what you watch, the exit poll data is the same.  They can interpret it however they wish.  So if you’re watching you’ll recall that they’ll tell you, “Well, it looks like women broke in Massachusetts for John Kerry, looks like women under the age of 45 but older than 21,” all this demographic crap, but the one thing they don’t tell you is how the state actually voted.  They wait ’til the polls closed.

But in 2004 they didn’t wait for the polls to close.  Well, when the actual votes started being tabulated and reported, it was clear that Kerry wasn’t gonna win, and the Democrats were fit to be tied.  And so social media they were blowing up.  And it got to the point where some in the Democrat Party actually wanted to accuse the election and election officials and the Bush campaign of rigging the election. “Because the exit polls showed that Kerry won and when you start counting the real polls it showed that we lose!”  So they wanted to believe the exit polls were right. 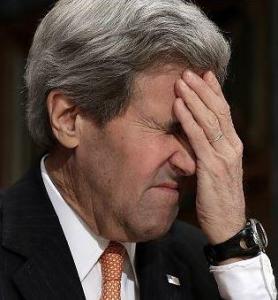 That’s why I get so livid when I hear these people act like some great offense in our traditions occurred last night with Trump and his refusal to accept and concede defeat last night by people who refuse it themselves, 2000, 2004, and from 2000 to 2008 trying to say everything that the Bush administration did was illegitimate because his election was illegitimate because of the Florida recount.  And they still haven’t let go of it.

My patience, I’ve worn out, folks, trying to be tolerant and understanding.  These people are not who they say they are.  They are not the way the media portrays them.  You can make book on the fact that when they start complaining and whining about something, you can be sure they’re the ones who are actually engaging in the activity that they are accusing us of engaging in.