RUSH: So yesterday on the program here we had Donald Trump.  Donald Trump called. He was the first segment in the last hour of the program yesterday, and this is fascinating.  Until the Megan-Newt thing blew up, Trump’s interview with me captivated cable news, right up until whenever Newt appeared with Megyn.

And here’s why.  You have these media people who followed Trump around for the whole year, and there are still things about him they don’t know.  As you know, I have spent considerable time here on this program attempting to explain to anybody who wants to know why Trump’s supporters support him, who they are, what they are angry about, what their grievances are, why they will not abandon Trump no matter what people say about him, why who Trump is outside the political arena doesn’t really matter to them, how the movement is actually bigger than Trump; Trump is the vessel for these people.

I’ve gone to great lengths to explain it, and yet there are people who have followed Trump around who claim that they learned something yesterday in this interview that I did that they didn’t know about Trump.  They convened roundtable discussions on the cable news networks last night to discuss it. I also didn’t know this. While I was sitting at home minding my own business focusing on other matters, I get a note from Cookie saying, “My gosh, you won’t believe this.  You’re the talk at cable news again.”

So she told me what it was about and I said, “Okay, fine.  I’ll check the sound bite roster in the morning,” which I did and I have here.  So the first example is Sara Murray covering Trump every day for over a year from or for CNN.  This is last night on The Situation Room, Wolf Blitzer’s show, but here is the bite… 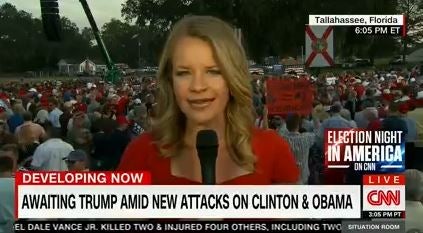 TRUMP:  I would rather, Rush, fight it, even though most people say you shouldn’t do that. But if you fight it at least you’re telling the truth.  At least the word is out that, you know, you’re innocent of these charges or stating you’re innocence.  But other people say, “Stay on jobs, stay on Obamacare and repealing and replacing it, et cetera.”  So I guess there’s two theories.  I would rather fight it, but everyone says you shouldn’t do that; just go along.

MURRAY:  Now, this gives you an idea of why Donald Trump has repeatedly hit back.

RUSH:  So it was news to them.  They had no idea, because they thought that Trump was fighting back ’cause he’s a narcissist, that Trump’s an egomaniac, that Trump can’t stand to be criticized, and that Trump is incautious and he will throw common sense and campaign smarts out the window in order to defend himself against these charges.  “It’s very undisciplined,” they said. “It’s very uncharacteristic of a seasoned politician.  It’s very destructive.  He’s not helping himself doing this.”  They have all these explanations for this.

And again, looking at it through the prism of standard, ordinary, everyday politics they know it.  Now, after the interview, I made a point — and this is really why they understand this.  They didn’t pick it up themselves watching the interview.  They picked it up from me, ’cause I made this very point when the interview was over.  I pointed out to everybody: “Did you notice what he said here?  Every one of you who has emailed me or called me has told me that you want me to tell Trump to stick to the issues, to not get sidetracked by all these attacks and the need to defense himself, that he’s falling prey to all this stuff, that he just stay focused.” 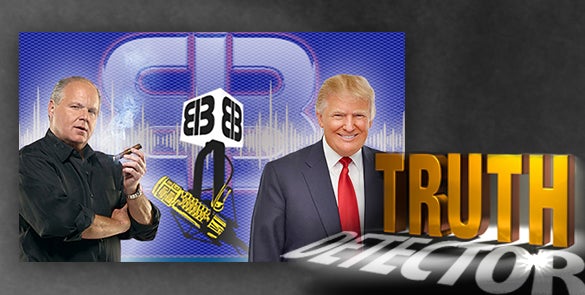 CALLER:  I live here in Ohio.  We are in such dire need of Republican leadership that it isn’t funny here in this state.  And Donald Trump represents to me the strength that our Republican leadership needs to have.  And it is my belief that if he wants to take Ohio, he has got to keep up the attack, show no sign of weakness.  He can’t change his message.  He got there on the attack, and he has got to keep pounding, and that’s the leadership that we need here in Ohio.  I hope he’s not changing his tones.

RUSH:  No, he’s not changing his tone at all. Are you reacting to you wish he would stop defending himself every time he’s attacked for something by a woman?

CALLER:  No.  No.  I’m reacting to him saying “go to message” or “do I keep going this direction?”  Keep up the attack. Keep up the attack.  You know, that’s what I’m looking at.  Yes, he’s got his talking points.  Yes, they are excellent talking points.  We hear them.  But if he lets up one minute on his attack, the media will eat him alive.  And if he is questioning himself, if he’s going to his aides and they’re telling him, “Hey, maybe we want to campaign more this direction and more on topic,” Nah-uh.  It’s got to be the attack.  I stood there in the —

RUSH:  Okay, so it is.  If you’re bouncing off what happened on the program yesterday, what I asked him was, why does he keep responding to every allegation from a woman that comes forward and says that he did something to her instead of staying focused on the issues.  And he said (paraphrasing), “My advisers tell me to ignore ’em.  My advisers tell me, but I can’t.  They’re lying about it.  I’m not gonna let liars cement what they’re saying and have it understood because it’s not true.  I’m not going to sit there and let people get away with lying about me.  I’m gonna do everything I can to make sure that doesn’t get established in the historical record.  I’m doing it for me.  I’m doing it for my family.”

And the reason that this made news yesterday is because up ’til yesterday, everybody in the media thought Trump was doing this because he’s a narcissist and an ego freak and is undisciplined and isn’t really concerned with winning.  All he is is selfish and greedy and focused.  And when they heard him say what he said yesterday, they now have a totally different take on why Trump is doing it.

They were unable to figure it out on their own until I explained it to them after the interview.  They really thought that Trump was undisciplined and off message because he doesn’t know what he’s doing and he’s easily baited and sidetracked.  And he made it clear that he’s making a conscious decision to do these things, and his advisers are telling him not to do it.  That was important, too, because I have people tell me, “You have to get a hold of Trump. You gotta tell him he’s gotta stay focused.”

He pounded Obamacare relentlessly yesterday and last night and into today, and it’s fascinating to watch the left react to it.  And I’ll just tell you, the conventional wisdom reaction to the news that Obamacare premiums are going up 25% average, we learned in Arizona it’s 116%, you know what the left is saying, media people?  “Well, Trump’s missing the boat on this.  Because that’s not gonna affect all that many people because most people get their health insurance through their employer.  Most people get their health insurance at work, and so these premium increases don’t even matter.  It’s not something that a majority of the American people are gonna feel or care about.”

And right there everything is all wrapped up.  They don’t care about the damage being done to the people it is ruining!  They don’t care.  The left, the Democrats don’t care.  The substance of these issues doesn’t matter to them, only the politics of everything matters.  And they think this is a win-win for Obama.  Premium increase is a win-win because it’s not gonna affect that many people, which of course is BS because it’s gonna affect all of us, ’cause there isn’t one aspect of it that’s free.