New Dittohead: El Rushbo Is Not as He’s Portrayed in Spanish-Language Media


RUSH: Carlos in Los Angeles.  Great to have you with us, sir.  How you doing?

CALLER:  Hello, sir.  Nice talking to you.  I just want to tell you my story.  I used to listen to the news only in my native language, which is Spanish, and I used to notice that they were not being fair in the news.  They were talking only against the Republican Party all the time, and I remember, Rush, that one day they were pronouncing a name, a name, a name, and I said, “Who the heck is that guy?”

CALLER:  And I said to myself, “Oh, my God.  This is not even close to what they’re saying to us in our language.  Not even close.”  And since that day I haven’t stopped listening to your show.  It’s been almost one year. 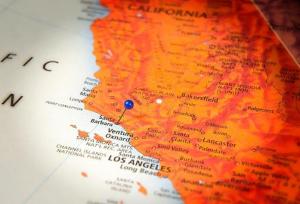 CALLER:  It’s been almost one year.  You know, Univision, they don’t have any idea the kind of favor that they did for me.  Because thanks to them —

RUSH:  Well, I’m glad they did it, Carlos.  They talked so badly about me, they made you curious, you had to find out, and look what happened?  Now, Carlos, you get to choose what you want, an iPhone 7 or 7 Plus.  I don’t have time to ask or get your answer here, but Mr. Snerdley will.  Whatever you want, and we’ll take care of it, you’ll have it tomorrow.  Thank you so much for the call.