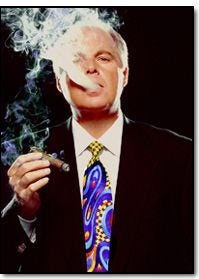 “Tobacco companies, under court order to reimburse states for the expense of treating smoking-related illnesses, have paid out more than $21 billion so far. But less than half of it has gone to fund health care. And only 5% has been used to help Americans kick the cigarette habit. Instead, lawmakers in state after cash-strapped state have tapped the money for needs deemed more pressing: college scholarships in Michigan, new schools in Ohio, flood-control projects in North Dakota. Illinois used part of its money to give a tax rebate last year. Tennessee is spending every penny of its bounty to plug a budget gap.”
Well, what did they think was going to happen? The government isn’t serious about stopping smoking. Those of you carrying the banner and raising holy hell if somebody lights up 15 miles away from you, don’t know that the people and states that went for this money were going for the not trying to stop smoking.
The liberals claimed they needed the money because these smokers have depleted our health care resources, and we wanted anti-smoking ads for kids. But none of it’s being used for that. This is no surprise to me, because I was one of the few voices to tell you it wouldn’t be. Many of you didn’t want to hear it, because it went against your worldview. You thought everybody shared the same honest sentiments toward smoking that you had.