Capitalism Will Save World’s Hellholes 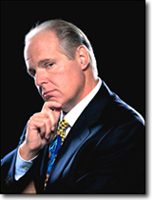 What would you say if we told you there was no more poverty? What would you say if we told you that a leading intellectual is writing a book, the thesis of which is that we are witnessing the end of poverty. Would you believe it? You probably wouldn’t. In fact, you liberals wouldn’t believe it because you don’t want to. You liberals think the whole world is in poverty, except for a few rich Republican business owners.
That intellectual is a financial expert by the name of John Edmunds. He’s quoted in an inspiring piece in the on Thursday about how we’re moving closer and closer to free markets in many of the world’s hell holes. He claims that the world is getting richer and is adamant that the solution to poverty, after thousands of years of struggling, is now upon us. And that solution is capitalism.
Liberals in this country are making a virtue out of failure because we’re making failures victims. Failures are not failures because of anything they did. They fail because of the unfairness of America’s system, they fail because of the unfairness of capitalism, it’s a dog-eat-dog world out there and we’re all lambs. Hardly. You can hear Rush read excerpts from the article, and outline Edmunds’ recipe for wealth, in the link below.