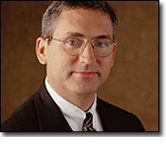 As time passes, and as the truth emerges as it always does, there will be more and more legitimate questions and the answers to those questions will be incomplete, insincere, and insufficient. As for Eason Jordan, while honestly reporting on the Iraqi holocaust might have endangered a handful of sources and employees, it’s also possible that the honest reporting of the Iraqi holocaust may also have helped free 24 million Iraqis.
He must now live with his decision. It’s the same old question that we always have: Do you deny what you know is going on for the sake of a few, or do you go public with it for the sake of millions?
There’s a New York radio station WNYC, which interviewed Eason Jordan back in October of 2002, shortly after some CNN journalists were expelled from Baghdad. We went back and dug up this interview, conducted by a man named Bob Garfield. There are some fascinating questions and answers in this interview, which you can hear me read in the audio link below or read yourself in the transcript provided.

In this interview, Eason Jordan denies that CNN remained in Iraq only because they and other Western press appeased the Iraqi regime in order to maintain its visas. Here’s one of Jordan’s answers, “CNN has demonstrated again and again that it has a spine; that it’s prepared to be forthright; is forthright in its reporting. We wouldn’t have a team in northern Iraq right now if we didn’t want to upset the Saddam Hussein regime.” What a crock! 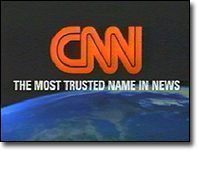 When confronted with the fact that CNN did a story on Saddam’s birthday, he says, “There is Iraqi propaganda that is news! I mean there is propaganda from a lot of governments around the world that is newsworthy and we should report on those things. Saddam Hussein’s birthday is a big deal in that country. We’re not reading Iraqi propaganda; we’re reporting as an independent news organization.” Saddam’s birthday was a big deal because he was the maniacal head of a brutal, totalitarian dictatorship!
Eason answers a question about whether CNN would be in Baghdad for a second Gulf War this way. “We’d very much like to be there if there’s a second war; but– we are not going to make journalistic compromises in an effort to make that happen, being mindful that in wartime there is censorship on all sides, and we’re prepared to deal with a certain amount of censorship as long as it’s not– extreme…”

Here we have the moral equivalence of the U.S. and the Iraqi regimes! “We are prepared to deal with a certain amount of censorship as long as it’s not extreme.” Is what you have revealed now, information you censored for twelve years about Saddam’s torture and murder, considered extreme, Mr. Jordan?

Read More of Rush’s Coverage…
(The Truth Detector: CNN Knew Of Saddam’s Evil, Did Not Report)