One of his concerns was whistle-blowers. He wanted people to be able to blow the whistle on administration people or high officials and not suffer any consequences. There’s even more. New York Daily News, October 10th of 2001, this is a story by Tom de Frank and Timothy Berger. “An angry President Bush launched a second war yesterday, this time attacking loose-lipped members of Congress whom he accused of jeopardizing soldiers’ lives by irresponsibly leaking classified information. Said Bush, ‘I want Congress to hear loud and clear, it is unacceptable behavior to leak classified information when we have troops at risk.’ Bush said this while meeting with reporters along with German chancellor Schroeder. ‘If you receive a briefing of classified information you have a responsibility, and some members did not accept that responsibility.’ Bush said. 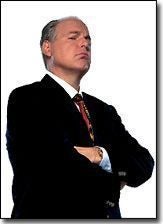 And then there’s this. The summation of the story is that Schumer opposes prosecuting leakers of criminal investigative info. Los Angeles Times, all the way back in 1989 by Tom Rosenstiel: ?A new federal policy to prosecute federal employees who leak certain kinds of information to the press not only could inhibit whistle blowing about government abuse, but also could pose a direct threat to reporters’ use of confidential sources, said legislators and free-speech attorneys. The new policy announced by the justice department on Wednesday reverses department guidelines dating back 11 years that were designed to protect government whistle-blowers in the wake of Watergate and revelations of CIA misconduct. ?I am worried that this policy is so broad it could easily be abused,? said Chuck Schumer, at that time congressman from New York. ?Whistle-blowers could be prosecuted on political whim.??

So up until today, folks, Charles Schumer didn’t think that this was that big a deal, and even supported a resolution that would have taken away criminality if anybody leaked this kind of information. He did that back in 2000. Now, he’s got this press conference at three o’clock today, and I just wonder, how much do you want to bet that no reporter will ask Schumer about his hypocrisy here? How much you want to bet? Can we review very quickly? There’s been a leak from somewhere in the administration over the identity of the wife of Joe Wilson. She’s a CIA operative. Chuck Schumer is demanding a press conference. Or had a press conference demanding an independent counsel today, to get to the bottom of this, to find out who did it. Three years ago, Chuck Schumer didn’t even think it should be a crime. He supported legislation that would have removed criminality from this, based on whistle blowing. He wanted whistle-blowers to be free to leak information on high government officials so that they couldn’t get away with shenanigans, and we’ve traced him as far back as 1989 supporting the notion that people ought to be able to leak without fear of prosecution or other criminality. And now, when it’s George W. Bush and his administration, Chuck Schumer has forgotten all that he said about whistle-blowers.

By the way, folks, don’t misunderstand me here. Don’t anybody misunderstand me. This is two issues. I am not suggesting that this means we ought to ignore the fact that a law has been broken. I’m just saying that a guy calling for an independent counsel today has done a 180 in the last three years. Three years ago this kind of thing Chuck Schumer tried to say was not worth a criminal prosecution. And that view of his we have been able to find he held all the back to 1989. So presumably from 1989 all the way up to today, Chuck Schumer thought that we ought not prosecute people who do this, they ought to be free to leak and whistle blow and all that. But now all of the sudden, since it’s the Bush administration, he’s forgotten all that he is on the record as believing and now wants to get to the bottom of this with an independent counsel. He’s got a press conference at three o’clock, and I will wager you that not one reporter questions him on the blatant hypocrisy here. I hope I’m wrong. We’ll have to wait and find out – it won’t be very long. His press conference is in less than 20 minutes.