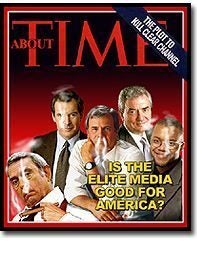 On the one hand, the press demands to know who the leaker is, demands an investigation because they?re desperately hoping to tie this thing to Bush. An AP story from Tuesday illustrates their contradiction on the other hand. They?re getting what they asked for and more, but they don’t like it – as I discuss with a caller in the audio link below.
AP: ?Media organizations prepared Tuesday to oppose any efforts by the Justice Department to subpoena journalists and their notes to learn who leaked the identity of an undercover CIA agent to columnist Robert Novak. Subpoenas could be challenged on the basis of First Amendment guarantees of freedom of the press, said Bill Felber, editor of The Manhattan (Kan.) Mercury and freedom of information chairman for the Associated Press Managing Editors.?
So while the media demands “answers” that those in their ranks have, when it comes to investigating them it’s, “Oh no! We can?t do that! We can?t go that far.” There’s a huge conflict here, folks, and it will be interesting to see how it’s resolved.