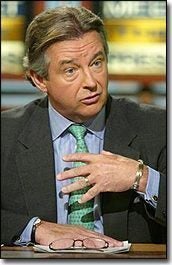 The new theory is that the official quoted by the Washington Post ?simply got it wrong,? and that the calls to reporters relaying the information about Wilson?s wife simply repeated information from Novak?s original column! Isikoff and Hosenball write that the calls ?were placed as part of a blundering effort to persuade journalists to concentrate on Wilson’s presumed lack of credentials as a critic of pre-Iraq war intelligence rather than the substance of his critique. New evidence for this view emerged today from a surprising source: Wilson himself.?
Despite all of this, and the clearing of Karl Rove who Wilson originally smeared with no evidence, ?John Conyers, senior Democrat on the House judiciary committee wrote Rove a letter asking for his resignation. But even Conyers acknowledges that pointing to reporters, to an already-published newspaper column is hardly a federal crime. And if all the White House attempts to promote stories about Wilson’s wife took place after July 14th, most of the records being turned over to justice investigators may lead to nothing but a prosecutorial dry hole.? In other words, this leak happened before Novak.
So here you have the media demanding the government find out who leaked, when one of their own – note that Novak is a journalist not a conservative crusader – has the answer! (Don?t hold your breath for him to reveal his source, by the way.) It?s hypocritical for the very press that survives on leaks to act indignant. Journalists are about the only people in life who actually keep secrets! We still don?t know who Deep Throat was. This looks more and more like a political witch hunt, folks. Meanwhile, Wilson has agreed to write his memoirs on his life and the leak story.