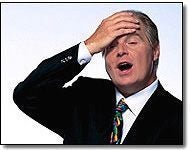 I haven?t been speechless in a long time. I’m not stunned by anything the Democrats do, I’m not stunned by anything the liberals do, but on Monday?s program I was absolutely without words after talking with a guy who thought there was nothing wrong about being in his thirties and living at home with mom and dad. He not only thought it was natural and normal as can be, but a good choice that he had made. In fact, he called the program to defend himself after I read a story about guys like him still living at home with their parents.
You would not believe the reaction we had after that, and continued to have on Tuesday. The response has been overwhelming, as you can hear me discuss in the audio links below along with taking yet more calls from guys and gals both defending and criticizing this life choice.