How Different Would Kerry Presidency Be? 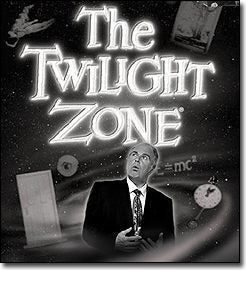 Now, that’s an exaggeration but listen to this. You know the Senate judiciary computer story and the computer so-called fraud or theft and what was found the contents of those memos on the Senate judiciary committee side, all of the details on how they’re going to corrupt the judicial nomination process from the president when it comes to federal appellate and Supreme Court nominations. Well, “Republicans on the Senate judiciary committee fiercly denounced their own staffers yesterday for secretly accessing computer files of their Democratic colleagues. Senator Lindsey Graham, South Carolina Republican, member of the judiciary committee, said that acquiring the Democratic memos was an unethical or illegal wrong. He was referring to the 14 Democratic memos at least two Republican staffers have told Senate investigators they viewed on the Democratic computer server. Those memos outlining cozy relations between Democrats on the committee and liberal special interest groups eventually became public.

“‘The conservatives who offer a justification for this based on politics have missed the boat,’ Graham said, ‘We are a rule-of-law nation. As a conservative I think that type of thinking is abhorrent.’ Committee chairman Orrin Hatch, Utah Republican, has been criticized by fellow Republicans for his early support of the investigation by the Senate sergeant-at-arms, but yesterday, though, Hatch was enjoying praise from both sides of the aisle.”
Patrick Leahy, get this, folks, I want you to listen to the language. This is the most pompous, condescending, arrogant, phony, malarkey I’ve heard in the last four weeks. “‘He’s the only Republican senator who has apologized to the senators on this side of the aisle for this wrongdoing, and I appreciate that. I know the anguish in his voice and the anger in his soul.'” What is this? I know the anguish in Senator Hatch’s voice and the anger in Senator Hatch’s soul? “Mr. Hatch said that his two former staffers, both of whom resigned amid the investigation, violated the golden rule, do unto others as you have done unto yourself. Accessing the files of other staffers fails this test. Senator Kennedy, who is not going to take any apologies, he’s not going to let anybody off the hook here, equated this to Watergate. He said, ’30 years ago, a president had to leave office because his agents

were caught breaking into the opposition’s offices to get confidential information. In those days break-ins required physical presence, burglar’s tools, lookouts and getaway cars.'”
Don’t be talking about get away cars, senator. “‘Today, theft may only require a computer and the skills to use it and the will to break in.’ No Republican senator disputed Kennedy’s assertion or those leveled by any other Democrats on the committee.” Folks, let me run something by you here, as we head down the road, calendar year 2004. Maybe a John Kerry presidency wouldn’t be all that bad. We get economic boom, economic rebound like we got during the eight years of Clinton. I don’t know about you, but I live in a gated community in the area that the terrorists in this country train, so I live in a safe spot, so we have a few more terrorist incidents, what the hell. Well, I’m throwing this out there because, no, I don’t believe it, but doesn’t it strike you that there’s something really off? The president of the United States giving up dental records, driving records. The Republicans in the Senate groveling at the feet of Ted Kennedy and not objecting at all when he accuses this of being another Watergate via computer.
COMMERCIAL BREAK

RUSH: I have to ask this question. Am I the only person in the country who finds Patrick Leahy’s role in demanding a criminal investigation into the purported leak of judiciary committee memos remarkable even by Washington terms? Remember, now, back in the 1980’s, it’s Leahy who was forced to resign from the Senate intelligence committee because he leaked a draft report on the Iran-Contra matter without authorization from the rest of the committee.
In fact, the committee killed the draft report because it did not accurately reflect its views. But Leahy liked it so he leaked it to the media, and here he is, with all this pomposity lecturing the Republicans and understanding the pain in Orrin Hatch’s soul. The idea that Leahy’s leading this charge is absurd. The fact that Orrin Hatch and Lindsey Graham and others accept this is, to me, evidence of how toothless – I don’t know what they’ve become. I don’t know what they’ve become.
Tell me, just how different would a Kerry presidency be, folks? Somebody tell me just how different a Kerry presidency would be. I want to know.
END TRANSCRIPT