They are gone after just as viciously as somebody who is straight and who opposes it. There’s some bunch of wackos that’s trying to destroy Mary Cheney, Dick Cheney’s daughter, who is a lesbian. She is not for this. She won’t come out for it. Some bunch of goons have set up a website “Dear Mary” where they’re trying to force her in public to take a stand on this and force her dad to do it. No less than Tammy Bruce, the former NAG chairman of Los Angeles. Well, National Association of Gals, National Organization for Women.
Even she is outraged, and she’s saying, [paraphrased] “You people in this gay Mafia are acting like all gay people are monolists and monolithic, and we all want the same thing — and we don’t. Some of us don’t think gay marriage is good. Some of us don’t think it’s going to help us. Some of us don’t think it’s going to do anybody any good,” and those gay community members who don’t join the gay marriage movement are being just as savaged as anybody else who’s not. [Studio interruption] There is. Of course, there’s a strategy behind this. You think — and you’re going to laugh. You think that Justin Timberlake/Janet Jackson thing was just accidental, or was it part of a trend?
I told you people this is coming for 15 years. We could see it, and it’s only getting worse. And it’s only getting worse because the people who oppose it are categorized as a bunch of fundamentalist right-wing. What do you think Mel Gibson’s movie is so opposed for? Why do you think so many people are so upset about Mel Gibson’s movie? We’ve had all kinds of Biblical movies in the past and we have had movies all throughout our history where directors and artists have taken license with the facts in order to present their art. 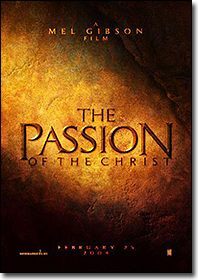 Well, all the sudden he’s not allowed to do that? Why is Mel Gibson not allowed to do it? I’ll tell you why. Because Jesus Christ portrayed accurately is going to shore up the Christian movement in this country. There are too many people in this country — this is going to surprise you. I want to frame this the right way. There are more people than you would care to think…[pause]. Let me take a break. I’ve got to think of the right way to phrase this because it’s too important to just hodgepodge say it and wander in search for a thought while trying to see it at the same time, but there’s a specific reason why Gibson is being blamed.
It’s more complicated and more complex than just, “Well, it’s about Christ.” It’s more complicated than that. You have to understand what Christ and Christianity represent to a whole slew of people in this country, and they would just as soon be done with it. Anything that comes along and reinforces people’s belief in morality, essentially, has got to be dealt with savagely. You can’t have that. The whole culture movement, the whole cultural deterioration has been about getting rid of morality. It’s about getting rid of moral judgmentalism.
It’s about getting rid of the black-and-white areas of right and wrong. It’s about muddying everything up and graying everything up so there is no concept of right and wrong other than how individuals define it. And here comes Gibson’s movie, and Gibson’s movie is unifying a whole bunch of people who stand in direct opposition to the direction the people destroying the culture are trying to take us. It’s become a huge obstacle. It’s not just about religion. Although that’s probably either the foundation or the umbrella, depending on how you want to look at it.

Here: Rich Lowry says it pretty well today, National Review Online. He said, “America is in the midst of a new Great Awakening. It’s the mainstream media, prompted by excitement…” but it’s not just the media. It’s all of leftists — and, by the way, folks, this whole assault on marriage. This whole assault on it is just a microcosm of where the left will take us if nobody stops them in this country. This is just one small area of the culture, but you can look in a whole lot of other areas of the culture that have deteriorated, and if left unchecked that’s where the left will take us. And I keep saying that it’s got its benefits happening in an election year.
I’ll guarantee you the last thing the Democrats wanted was for Bush to start riling people up with this amendment. The Democrats have been praying Bush wouldn’t be able to coalesce his base. I saw Bush’s speech last night. He’s not going to have any trouble coalescing the base. Did you watch the speech last night? I watched the speech last night. He’s not going to have any trouble coalescing the base, and he didn’t even talk about this last night. He talked about our future. He talked about the future we face at war and the people who want to destroy us and it.
And the president maybe is a victim of something. He’s a victim of success, because more and more people are removing the War on Terror down their priority list. When they’re asked by reporters, “What’s the most important thing facing the country?” many people are moving the war on terror down to position two or three instead of #1 because they think the threat’s been dealt with Saddam’s been captured Osama hasn’t done anything, and this frees people up to start thinking about their own…you know, social societal interests that come after considering you’re free and secure.

“Okay, my freedom’s secured. I can do what I want to do. Now I want my health care! Give it to me!” And so who’s talking about doing that? That’s where the campaign will go. This is one of the theories. But I heard the president speak last night and he started talking about the successes of this administration and the philosophy of this administration, and I’ll tell you what. I got all, I tell you what, folks. I got all charged up. I did. I said, “Bring it on! Bring it!” [Interruption] What do you mean? I did. I got enthused. My passion was kicked back up. This is going to be good. But he’s not going to have any trouble coalescing the base especially with this marriage amendment, and, you know, Lowry.
Let me get back to what he says here very quickly before my time expires here in this break, He said, “America is in the midst of a new Great Awakening. It’s the mainstream media, prompted by excitement over (Mel Gibson’s movie) waking up to the fact that the country still has an enormous block of orthodox Christians.” I don’t think it’s just the media although it’s certainly they’re included, but there has been you cannot deny. Christianity, Catholicism, Protestantism, all have been fair game.
You can laugh and make fun of any aspect of that religion you want. You can poke fun at these people. You’re supposed to poke fun at these people. Can’t make fun of any other religion. Got to be dutifully respectful and show the proper decorum. Christianity, you can stomp on it; you can trash it; you can make fun of the people who believe in it. You can clich?, characterize them and that’s been done. And here comes this movie and it’s the worst thing that could happen to the people who want to destroy the culture. And I think there are a lot of leftists in this country actually thought that they had dispatched with the Christian right. They had successfully gotten rid of Pat Robertson and Falwell and characterized them as a bunch of fluke kooks, and then here comes Mel’s movie. And they’re reminded just how many Christians there are in this country. Actually, goes deeper than that, but I think you get the drift, folks.