They Still Don’t Get The Passion

Everything Rush Has Said on “The Passion of the Christ”…photos, audio, transcripts> 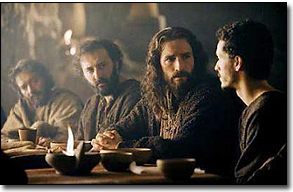 They don’t get it. They’re still trying to portray this as a movie that has gone beyond the conservative Christian community to hit “the mainstream.” They’re still trying to marginalize people who went out and saw “The Passion of the Christ.” If this had just been a conservative Christian film, it would have been a little bitty niche film no bigger than your average Sundance Network movie presentation.
You know, these little arts-and-croissant films that nobody ever sees, much like your PBS documentaries that win all the awards. They still want to characterize “The Passion of the Christ” as a niche film so they’re claiming to have figured it out now. It’s not the subject matter that is causing the big crowds. No, it’s the mainstream criticism of which caused curiosity among average people to go see what all the furor was about. They still don’t get it, folks. They just don’t get it. That is, by the way, exactly what I predicted to you.